Antony Koroid
The winning contest will share a prize pool of 1.875 mn MANA tokens, which are now traded at a price of $0.72 per token 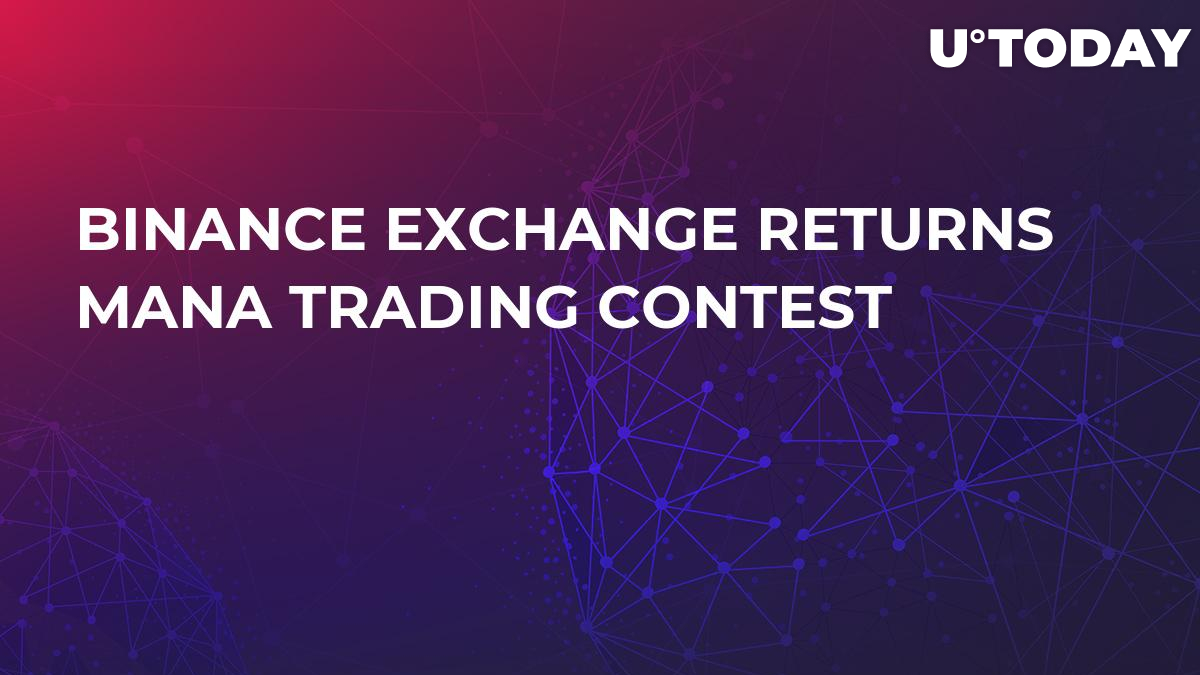 One of the world's largest cryptocurrency exchanges, Binance announced a MANA trading competition from the Ethereum blockchain-powered virtual reality platform by Decentraland.

The contest starts on December 4 and will last until December 11, 2018.

Recently, Binance’s own Binance coin or BNB token and its Trust Wallet were included in the scheduled virtual land plots auction from Decentraland, which will be held for the second time.

The winning contest will share a prize pool of 1.875 mn MANA tokens, which are now traded at a price of $0.72 per token. The winner will also get a plot of land, branded by Binance Exchange itself.

During the competition, the participants will be divided according to the volume of MANA they trade on the exchange. The first 100 of them will win a share of the 1.8 mn of tokens set aside by the hosts. The winner also will get the right to own a virtual land plot.

The remaining 7500 MANA tokens will be distributed among the 10 lucky ones chosen by a random blind draw. Traders with trading volumes of at least 30,000 will be able to participate in it.

At the same time, the exchange warned that cryptocurrency investments are the subject of high market risk. Binance shall not be liable for any direct, indirect or consequential damages resulting from trading competition.

A year ago, the exchange decided to celebrate the MANA coin listing with a raffle of 3.77 mn of coins among its fans around the world. Users were ranked from 1 to 100 based on their total MANA purchase volume on Binance during the promotion period.