Heewon Jang
Bluzelle raised $19.5M in their 2018 token sale. Now, its decentralized data network is soon to go live with an attempt to fix one of the major problems in the blockchain 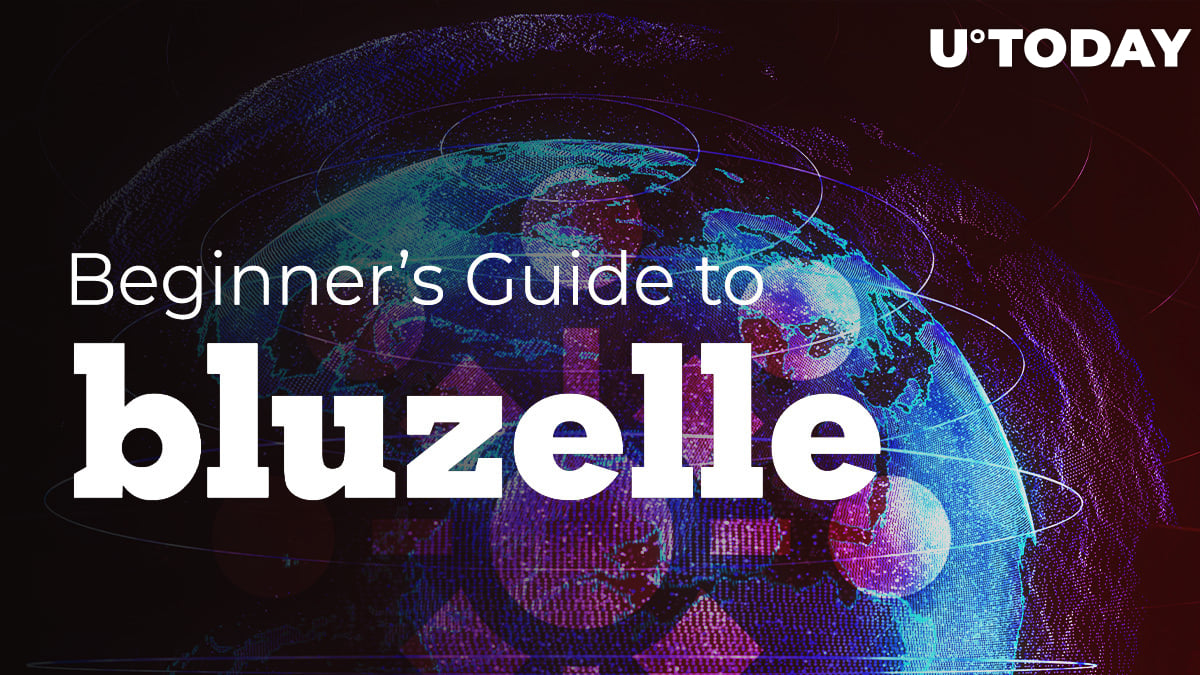 This is where Bluzelle comes in. It’s a fully decentralized data network, providing developers with a low cost, scalable, and secure option for data storage. 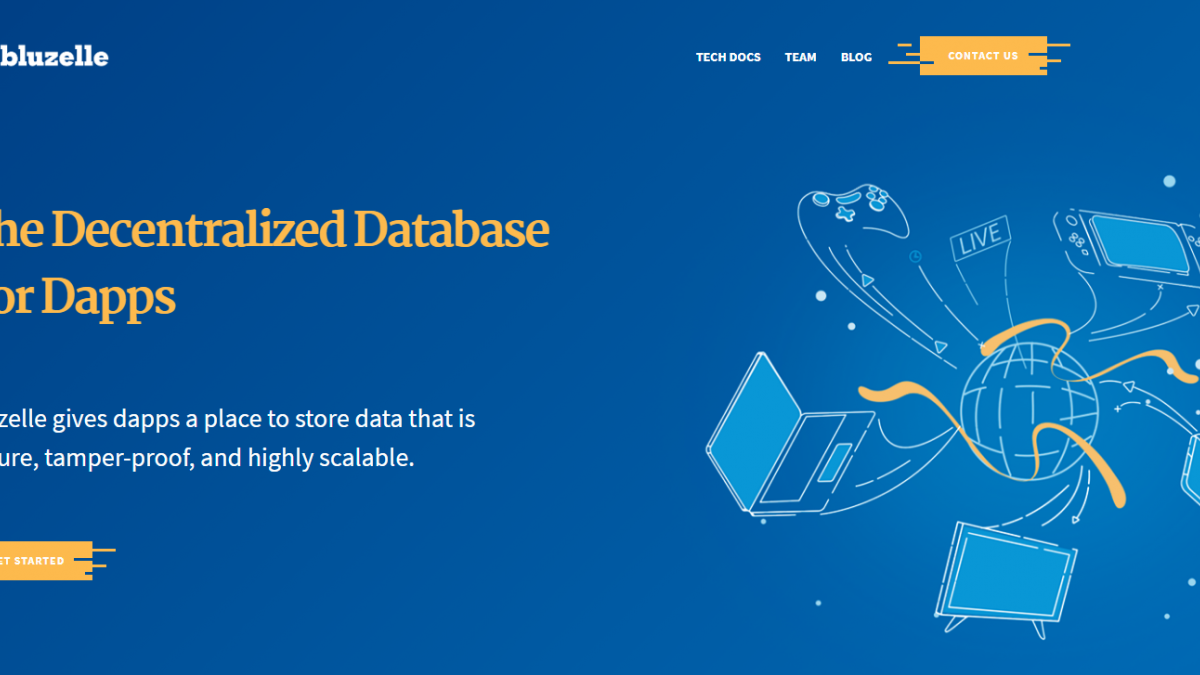 This guide will cover the following:

The main quandary facing a developer in deciding how to store and manage the data needed for their decentralized application is the balance between cost, speed, and decentralization. Hosting data on-chain using a platform such as Ethereum is almost prohibitive, due to the slow throughput and high cost.

Furthermore, Ethereum and other blockchains have no efficient means of storing or managing data. They retain all data forever, which isn’t practical as it means the blockchain quickly becomes unmanageably heavy.

Therefore, most developers opt for a centralized hosting solution such as AWS. While this is faster and lower-cost, it means that the dApp loses the benefits of decentralization. Centralized solutions may be less secure, as servers are vulnerable to attackers, and the developer is dependent on the provider to maintain security and privacy.

Data may become subject to tampering or censorship. Centralized solutions may be cheaper in the beginning, but once a dApp needs to scale, costs can increase significantly if hosting is needed across different regions.

Bluzelle is a decentralized network for the storage and management of data, that can be imagined as a kind of Airbnb for data. The network is a series of nodes that put their hardware to work for dApp developers who pay to rent out the storage space and for reads and writes to the database.

From the customer perspective, developers pay in BNT tokens based on the amount of storage they need, the reads and writes that their dApp makes to the database, and the geographical coverage.

Bluzelle estimates that developers could save around 50% on costs compared to a centralized solution such as AWS DynamoDB. Bluezelle achieves these reductions mainly because a centralized provider charges extra for replication, which ensures minimal downtime and data security if a server goes offline. However, Bluzelle is a decentralized network, meaning that replication is already baked in because data is stored and processed across multiple nodes.

From the network side, Bluzelle operates a delegated proof-of-stake (PoS) system that incentivizes people to participate as a validator.  Validators provide their hardware for data storage and management and stake their own tokens in exchange for a share of the network rental fees paid by developers. The DPoS mechanism also ensures that changes to a database are genuine and deters bad behavior on the part of network participants.

There are also penalties for bad behavior, so a validator will lose part of their stake if they are found to be acting against the network. Penalties are distributed to other network participants and Bluzelle according to the proportions as revenues.

Token holders may delegate validators and earn dividends of their fees, which acts as an incentive to actively participate in consensus and earn while doing so.

Bluzelle operates a two-token system. BLZ is an ERC20 token that serves as the “public” token. It’s tradeable on exchanges, including Binance and Huobi, and can be stored in any ERC20-compatible wallet. Both developers and validators start out with BLZ tokens as payment or for staking.

At the point of entering the Bluzelle network as a customer or a validator, the network locks up the BLZ tokens and issues native tokens, called BNT, to the user’s Bluzelle wallet. The tokens can then be spent or staked accordingly.

If there are unspent BNT tokens, then a user can convert them back to BLZ and withdraw them to an external wallet or exchange account.

All data on Bluzelle is stored on “database zones” comprising a sub-network of 13 or more nodes. Zones are continually synced together. All nodes are equal, so if one goes offline, the data remains available to the dApp because all of the other nodes keep the same copy. Changes are only made to the database once a supermajority of two-thirds reaches an agreement. Database zones can be added or removed to scale up and down according to demand.

Bluzelle is the first database to be powered by the Cosmos and Tendermint protocol. The database engine was developed using the Cosmos SDK, and the BFT consensus engine is based on Tendermint. Being based on Cosmos means that Bluzelle users can benefit from interoperability with other Cosmos-based networks so they can natively access Bluzelle services.

Developers also have access to the Bluzelle Studio, an interactive web app that enables developers to work with the database.

Prior to forming Bluezelle, Pavel Bains co-founded StoryPanda, a digital platform for children’s books. Through this, he became part of leading VC firm 500 Startups. Before this, he worked in general management and finance for video game studios, including Threewave Software and Disney Interactive Studios.

Alongside his role leading Bluzelle, Bains advises digital media and technology companies in areas including M&A and raising capital.

Neeraj Murarka is an engineer and computer systems architect who gained over 20 years of experience at big tech firms, including Google, IBM, and Hewlett Packard. Among other projects, he worked on a modified version of the Android OS for retail markets.

Bluzelle successfully raised $19.5 million in a token sale in 2018. In February 2018, the BLZ token was listed on both Binance and Huobi. The company has worked with high-profile names, including HSBC and OCBC banks, on blockchain implementations.

Bluezelle has been through various iterations of testnet and is now in the last phase before launching the mainnet. There is currently no date available for the mainnet launch. However, as the platform is undergoing the final stress test, it seems fair to assume there will be a launch date confirmed sooner rather than later.

In the now-crowded world of blockchain, Bluzelle appears to be occupying its own niche in the data storage as a service. Other decentralized solutions tend to focus on file storage (Siacoin, Storj), which doesn’t solve the issue of data storage. In particular, being based on Cosmos could prove to be a savvy move given the push for interoperability.

Therefore, the project has an opportunity to carve out a name for itself among the dApp developer community. Assuming the mainnet launch goes smoothly, and Bluzelle can execute a solid marketing strategy, it stands every chance of success. 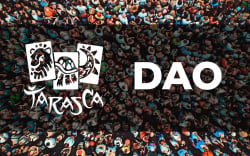 Tarasca DAO - Could This Be the First DAO with Mass Appeal?