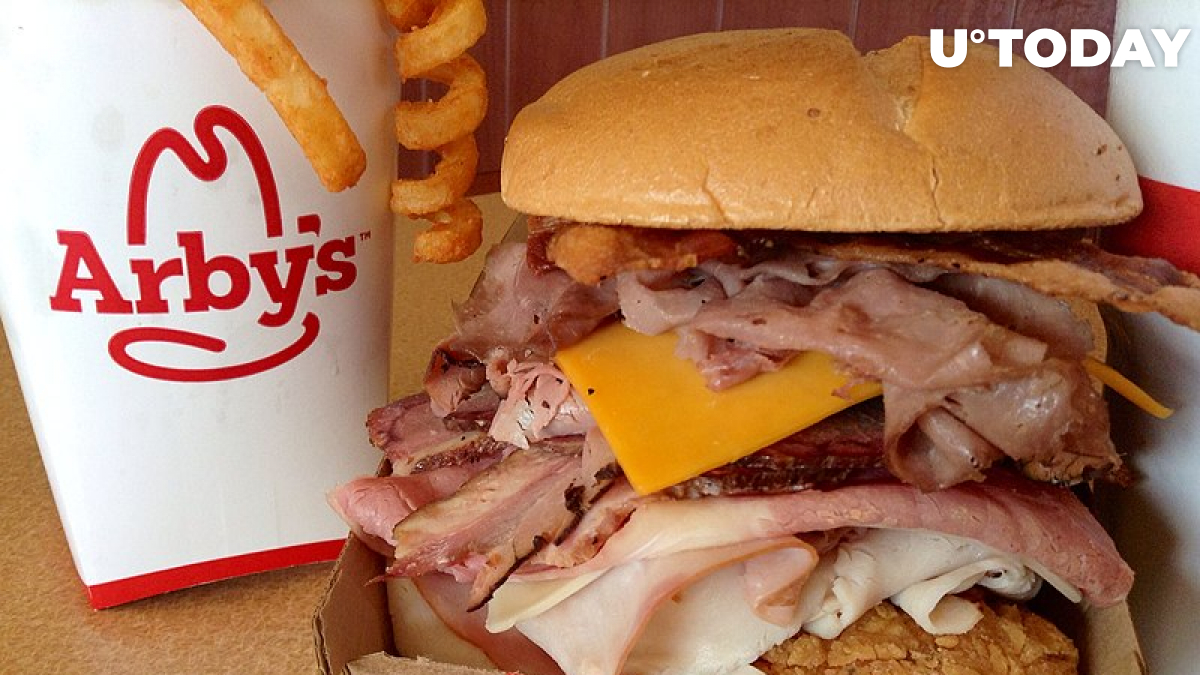 Arby's, an Atlanta, Georgia-headquartered fast food sandwich restaurant chain, has filed trademarks with the U.S. Patent and Trademark Office (USPTO) in order to become part of the Metaverse.

Its filings indicate that it plans to offer virtual food and beverage products. The company also intends to operate a virtual restaurant that will feature both virtual and actual goods. The virtual restaurant will also feature home delivery, according to one of the trademark's applications.

Arby's already has some fearsome competition in the Metaverse. As reported by U.Today, McDonald's, the biggest fast-food chain in America, filed a series of similar trademark applications in the U.S last month, revealing its intention to offer virtual food and operate a virtual restaurant online under its brands.

Related
Shiba Inu Launches on Canada's Top Crypto Trading Platform
Naturally, some might assume that the idea of virtual food in the Metaverse does not make any sense. However, Josh Gerben, a trademark attorney who routinely tracks the Metaverse-related filings of major companies, offers a different perspective: People who are busy handing out in the Metaverse will not have to put down their virtual reality headset in order to have food delivered directly to their door.

Burger King, a major chain of hamburger restaurants, is also not willing to stay on the sidelines while the Metaverse frenzy continues to gather steam. The company followed the example of its archrival by trademarking its name to offer virtual goods and beverages last week. The Florida-headquartered burger chain also plans to issue non-fungible tokens (NFTs), according to its recent filings.