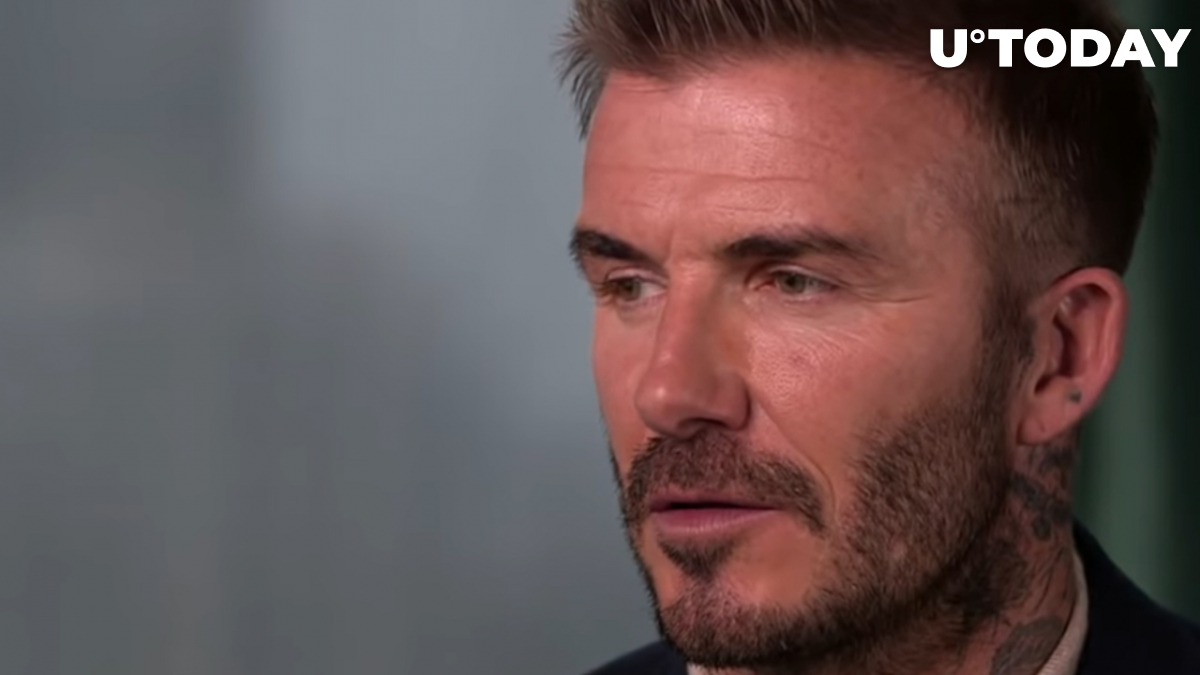 David Beckham, the legendary footballer or soccer player, has become the latest sports figure to embrace Blockchain, NFTs and the Metaverse. The world-famous athlete turned businessman has been selected as a global brand ambassador for the DigitalBits blockchain platform.

DigitalBits is a Layer 1 blockchain technology that allows assets, such as NFTs made by artists, sports groups and other brands, to be tokenized on its blockchain.

Beckham, being one of the world's best-known figures, has considerable experience and relationships with big businesses such as Adidas, Maserati, Tudor, Sands, Diageo and EA. For nearly two decades, Beckham has served as UNICEF's Goodwill Ambassador, supporting and safeguarding the rights of the world's most vulnerable children.

David Beckham is not the only sporting icon to have dabbled in cryptocurrency. As previously covered by U.Today, Japanese professional tennis player Naomi Osaka has become an ambassador for cryptocurrency exchange FTX.

As part of the arrangement, Osaka will reportedly receive a stake in FTX as well as other payments. The top-seeded tennis player has now joined American professional basketball star Stephen Curry, legendary quarterback Tom Brady and his supermodel wife Gisele Bündchen.

Before joining FTX, the 24-year-old tennis star collaborated with Autograph, Brady's NFT platform, to launch her first collection of non-fungible tokens. Osaka, who has overtaken Serena Williams as the highest-paid female tennis player in the world, also expressed interest in Dogecoin.

As more celebrities join the cryptocurrency bandwagon, regulators are becoming increasingly concerned. The Bank of England announced the creation of the country's first regulatory framework for cryptocurrencies and digital assets, even though the sector is still small, as earlier reported by U.Today.