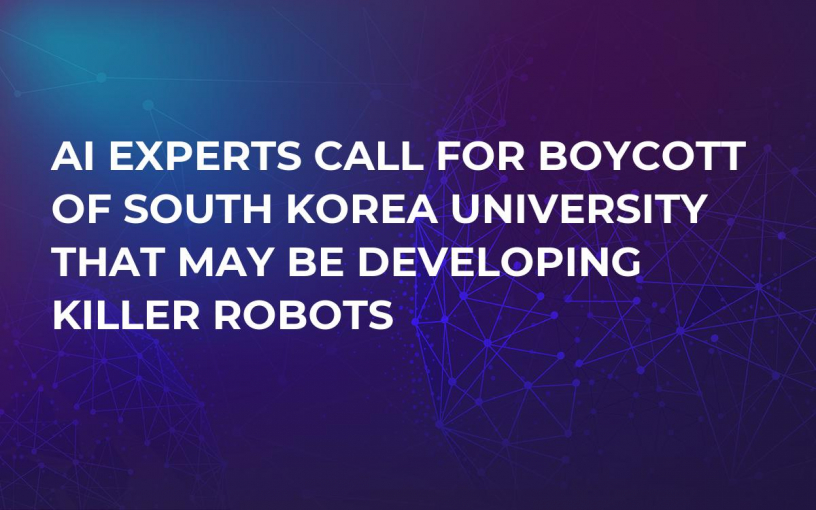 57 robotics experts from nearly 30 countries call for a boycott of KAIST, a University in South Korea, that intends to open an artificial intelligence weapons lab which may lead to making killer robots.

Experts’ biggest concern is that KAIST is working with Hanwha Systems, South Korea's leading arms company, whose parent company has been blacklisted by the UN for making cluster munitions.

Called “Research Center for the Convergence of National Defense and Artificial Intelligence,” the lab was reported that their goals are to "develop artificial intelligence (AI) technologies to be applied to military weapons, joining the global competition to develop autonomous arms."

According to its Web site, “KAIST was established in 1971 to model a research-focused university and to foster elite human resources in science and technology needed by the nation.”