A Turn to the Little Guy in the Age of Whales: The Tokenplace Vision for Cross-Coin Architecture

All the talk in crypto and blockchain these days is about whales. Whether it’s Facebook, JP Morgan, or some national government looking to make a splash, or Binance clearing a billion dollars in profit, the heroes right now are the big players. It seems like nobody is looking out for startups and small investors anymore.

A new breed of business is emerging, however, that is turning its full attention back to the little guys. One promising example of this is the retail-oriented trading platform Tokenplace, which is breaking new ground-- both in its startup funding model and in the tools they are building for investors.

It wasn’t too long ago that the narrative around crypto was much different from the whale-centric ethos we see today. The concept of the utility token ICO was supposed to democratize venture capital, allowing small investors to get in on the next young Google. It was also giving innovative startups around the world that didn’t have access to Silicon Valley VCs the chance to raise seed money and reward the user-investors that believed in their vision.

Now everyone’s just sitting around waiting for the giants to step in and make everything better-- mostly for other giants. The energy and hope around small startups and retail investors has dwindled. What happened? 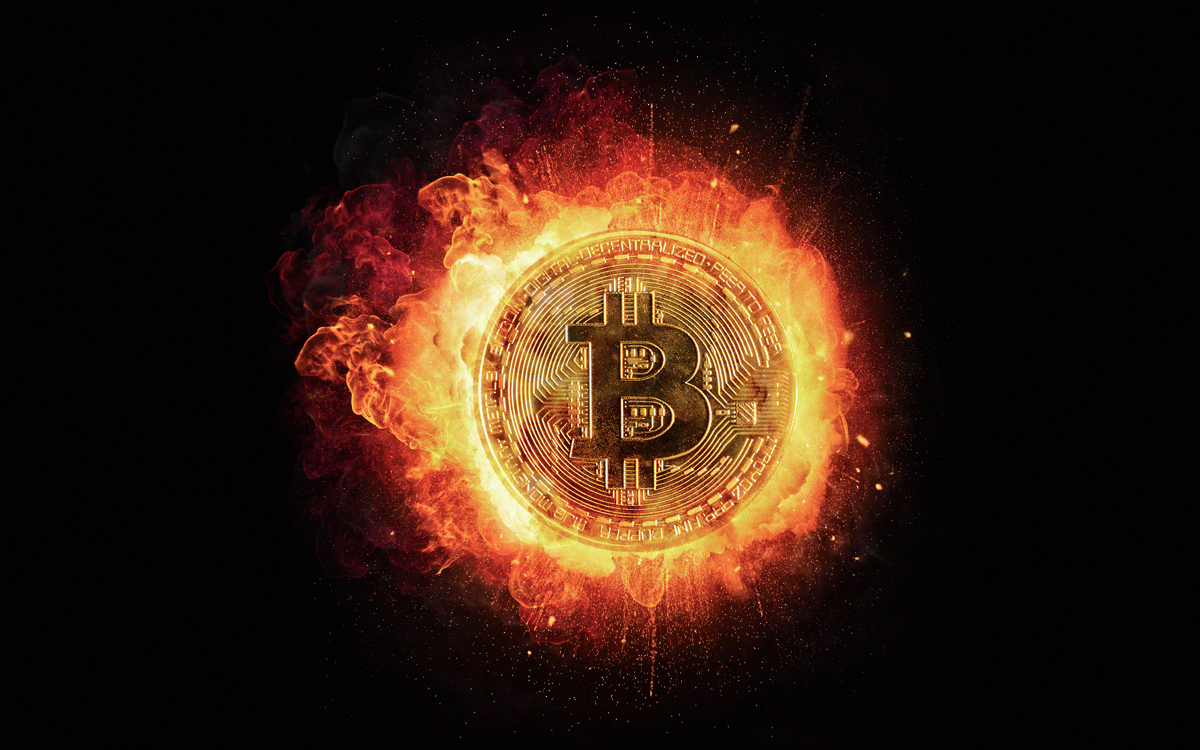 The ICO bubble popped partially because some unscrupulous actors exploited the boom and ripped off their investors. But there were plenty of great projects that fell victim to the hype (and manipulation) that drives the price of Bitcoin up and down in crazy cycles. Since the value of all tokens in the crypto market has historically been tied to the price of BTC, many young projects couldn’t absorb that kind of volatility.

On a deeper level, these startups were faced with a strange situation in which their crypto valuation was completely unhinged from any real-world value. Their token price could jump up or down independent of their success or failure as a business.

What’s needed now is a new, more bulletproof version of the original ICO vision. The whale-watching market we see today is missing the dynamism and disruption of a thriving startup scene. A new wave of exciting companies is ready to enter the playing field, but the question remains: what will the ICO 2.0 model look like? There will likely be many attempts to define new models, but one pioneering vision is the ‘cross-coin architecture’ proposed by Tokenplace.

Tokenplace is a new platform that allows traders to connect their multiple exchange accounts in one interface, buy and sell crypto for fiat, and do order-splitting across exchanges to achieve optimal prices. As their community gains strength, they plan to build an even more powerful aggregation tool that will transcend the crypto exchange ecosystem. Their aim is to offer a single login for retail investors to seamlessly access the whole crypto market at the same time, with trading across multiple exchanges all happening ‘under the hood'. This will alleviate many of the disadvantages retail traders currently face in a landscape dominated by exchanges and institutions.

But the most democratizing feature of the Tokenplace vision is their funding model, which links their utility token directly to the company’s real-world valuation by tethering it to the value of their security token. 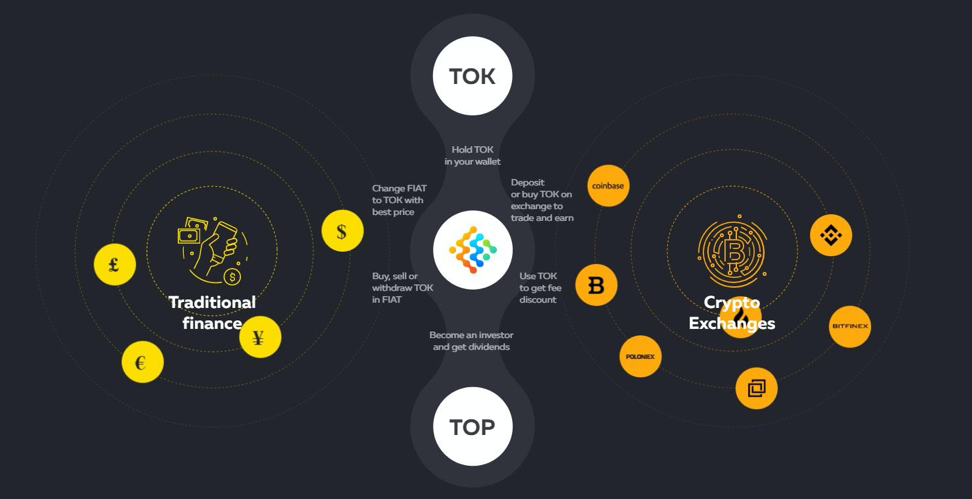 This cross-coin structure has two important benefits. First, it stabilizes the utility token, removing it from its dependence on the price of BTC. This makes it a far more reasonable proposition for investors, since their digital asset is not floating in some crypto-valuation fantasy land, but is tied to company valuation in a traditional sense. This simple concept has the potential to pave the way for a reemergence of a new-and-improved ICO model, with all its promise of venture capital decentralization.

Second, the Tokenplace cross-coin architecture improves the value proposition for users of the platform, allowing them to benefit directly from their choice of service. Every time they spend their hard-earned money on platform fees, they can be certain of the fact that they are raising the real-world valuation of a company that allows them to share in the success they help generate.

Conceptually, it is clear that a user’s selection of a given service is the primary source of value for technology companies. Billion-dollar valuations are routinely given to companies like Uber, who have few traditional assets and no profitability, but have attracted a massive user base. By offering users an exchange-utility token that is tied to the company’s real-world valuation, the business model Tokenplace is proposing closes the structural gap that caused the collapse of the early ICO model.

Tokenplace CEO Evgeny Grachev explains it like this: “Imagine being in a store and looking at two jars of yogurt. One has a big brand name and is produced by a company with huge marketing budgets. The other is a no-name brand, but you are a part owner of the company. Which do you choose?” The search for an ideal business model based around a strong community of user-stakeholders continues, but the cross-coin model is a promising one. 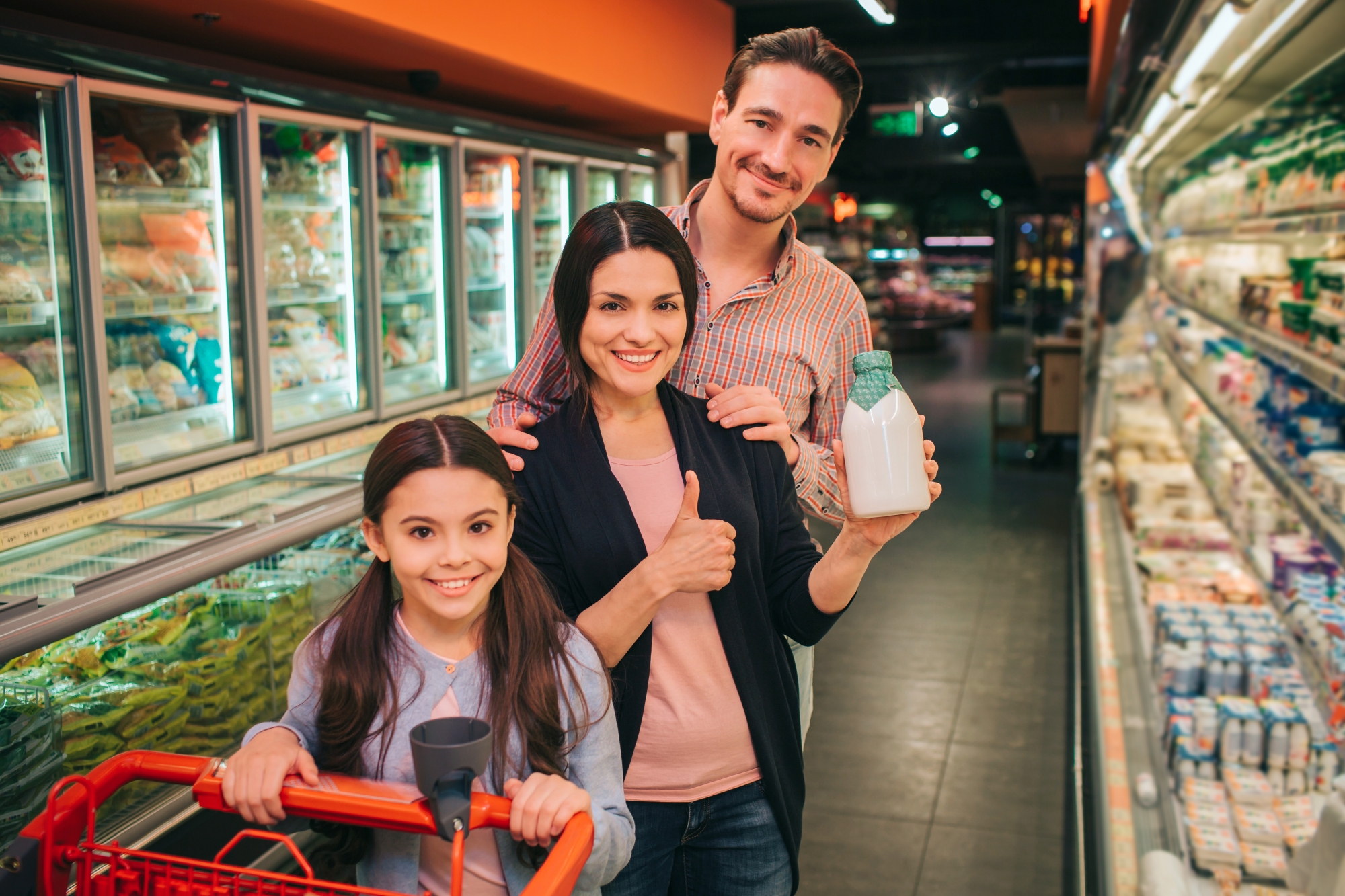 In the crypto industry today, everyone is looking for stability. The post-ICO era is defined by a faith in whales and stablecoins. While stability is important, it is not enough. Our vision for the future of crypto should foreground the flourishing of new technologies and the democratization of the venture capital industry.

The next step in our evolution must take us back to faith in the little guy. The original ICO model proposed a mutually beneficial scenario for companies, user, and the whole venture capital industry, but led to destabilization. The Tokenplace cross-coin architecture offers a win-win-win scenario in which users and companies benefit, as does the ecosystem as a whole.

If the model is successful, it could have a galvanizing impact on multiple industries and the economy as a whole. Crypto and the tech sector at large are in dire need of an injection, not only of the stability offered by whales, but also of the dynamism and growth that will result of a renewed flourishing of hundreds of innovative startups accessing a new mode of venture capital. Let’s stop waiting for the whales and start noticing the pioneers that are offering strong visions for the company-customer-investor relationship, and seeking to renew the promise of startup funding through crypto.

Tokenplace is bringing together a small group of investors to come in at the seed stage. You can start using the trading terminal with a free account at tokenplace.com, and get a discount on a year of the order-splitting feature. If you are interested in coming aboard as an investor, they’ve provided a form to fill out, after which you will be contacted by the IR team. This is potentially a significant play in a very large token trading market, so don’t miss the boat!

Crypto and Blockchain Explained in 'The Simpsons' Episode: WATCH