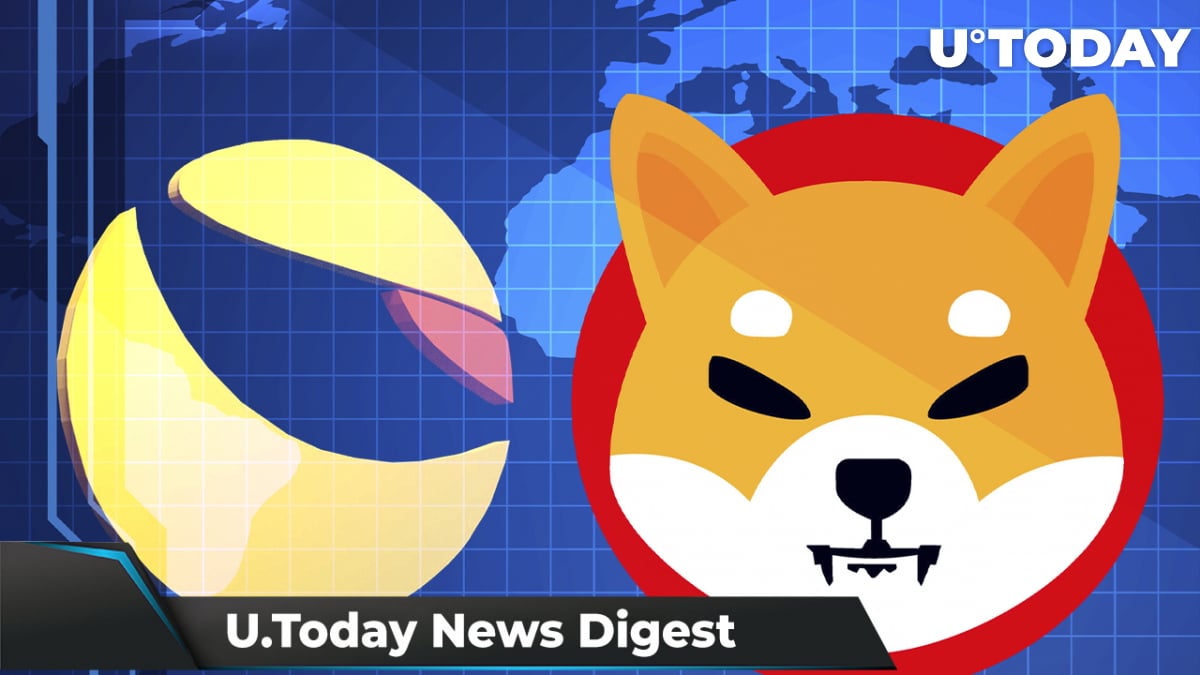 According to data provided by @shibburn crypto tracker, since last Monday, an eye-popping 1.2 billion SHIB have been sent to dead-end addresses in 84 transactions. From that amount, earlier that day, almost 160 million SHIB were removed in a single transaction. Apart from that, on Friday, from the aforementioned 1.2 billion SHIB, a record 328 million SHIB tokens were moved to an "inferno" wallet in a single transaction during a monthly burn event organized by the Travis Johnson SHIB Burn Games Twitter account.

Yesterday, the price of Terra (LUNA) saw a 9% rise, outperforming the rest of the cryptocurrency market. Moreover, it managed to continue its rally today, changing hands at $94.46 at the moment of writing, as per CoinMarketCap. Meanwhile, TerraUSD (UST), the most popular algorithmic stablecoin inside the Terra ecosystem, recently eclipsed Binance USD (BUSD) in terms of market capitalization. It is presently the third largest stablecoin, trading only behind Tether (UST) and USD Coin (USDC).

Mohamed A. El-Erian, economist and economic advisor at Allianz, explained to viewers of yesterday’s CNBC Squawk Box show why he believes that the price of crypto is likely to go higher than its current levels. In his opinion, the Fed may be pressured to alter the inflation target from 2-3% since they are likely to realize that to achieve the initially announced target of 2% is impossible and failing to do so would jeopardize their credibility. In this case, El-Erian believes that crypto and gold will go higher.

AI innovator SingularityNET, Cardano’s long-term partner, has announced that its core native token AGIX is now seamlessly interoperable with Cardano's first asset, ADA. This means that two tokens on different blockchains (Ethereum and Cardano) can interact with each other through a purpose-made bridge. The bridge has been undergoing stress tests since December 2021, and yesterday it became available for general public usage in Ethereum and Cardano mainnets.