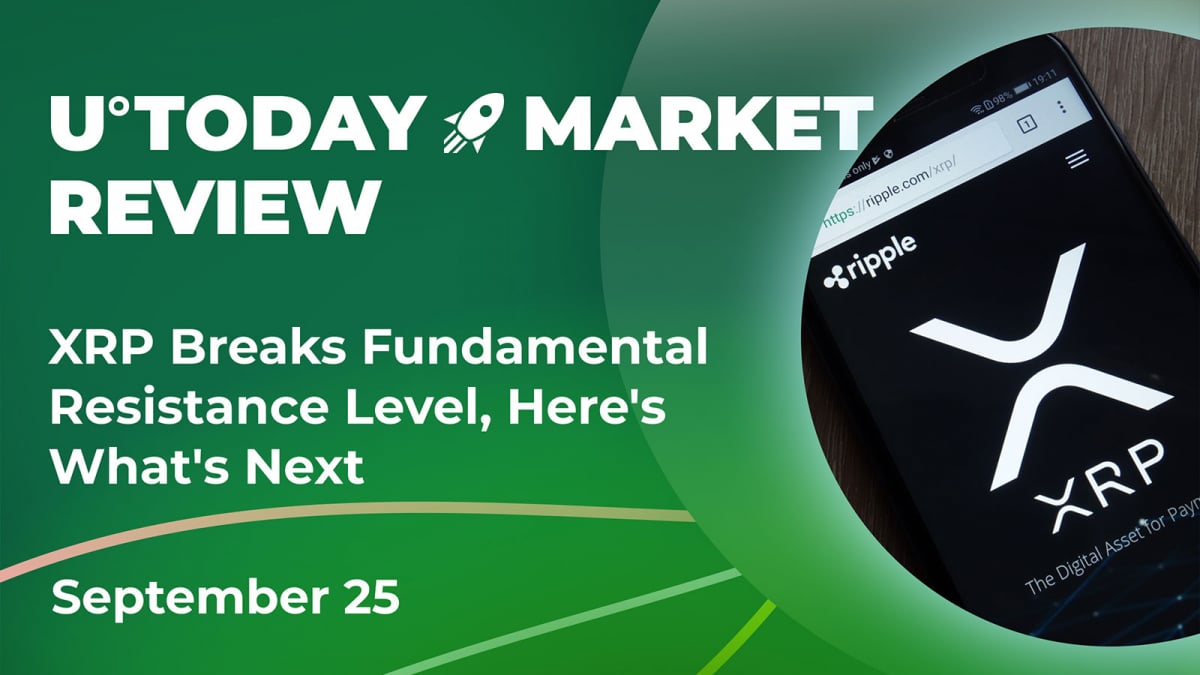 XRP's massive 65% rally launched the coin above the extremely important resistance level of the 200-day moving average. Thankfully, XRP bulls were able to push the cryptocurrency above the resistance, making a potential upward reversal possible.

A cross would be the final signal for a reversal. Unfortunately, the two moving averages are far from each other, which means that XRP would need to consolidate above the 200 EMA or get additional support of bulls that would initiate an accelerated rally.

If the coin's price performance accelerates, the moving averages will start moving to each other at a higher pace, making the possibility of a bullish cross closer to reality.

Unfortunately, the trading volume of the assets entered a downtrend, and we are seeing a gradual fading and descending tendency during the weekend trading session. With the beginning of full trading on Monday, the net flow on XRP markets might recover, which should help the asset enter an accelerated rally.

It is important to note that Ripple's success in court was the main fuel for XRP's massive growth we saw during the last week, which means that it is important to consider all legal risks when receiving exposure to the asset.

No one follows XRP's success

Unfortunately, other digital assets are not rushing to show performance similar to what we saw on XRP last week. Bitcoin, for example, is continuously moving down in the low volatility trading range. Such a tendency will most likely continue unless the cryptocurrency market faces a sudden recovery.

Luckily, the first cryptocurrency has reached an important support level and is now consolidating around this year's low. The positive scenario here would be a spike in accumulation by mid- or high-tier whales and wallets.

Traditionally, consolidation attracts traders and investors that are willing to accumulate an asset or decrease the dollar cost average of their positions in order to maximize their profits.

Apart from Bitcoin, Ethereum also has not found any kind of support from investors in the last few days. The second-largest cryptocurrency in the industry has lost more than 27% of its value.

As we have mentioned in previous U.Today market reviews, the main reason behind the problematic price performance of Ethereum is the regulatory uncertainty that investors are facing after the successful implementation of the Merge update.

Despite the smooth transition to a PoS network, the SEC stated that Ethereum falls under the U.S. jurisdiction, meaning that ETH holders might potentially get equated to security holders, which causes numerous problems in holding, distributing and trading the asset.