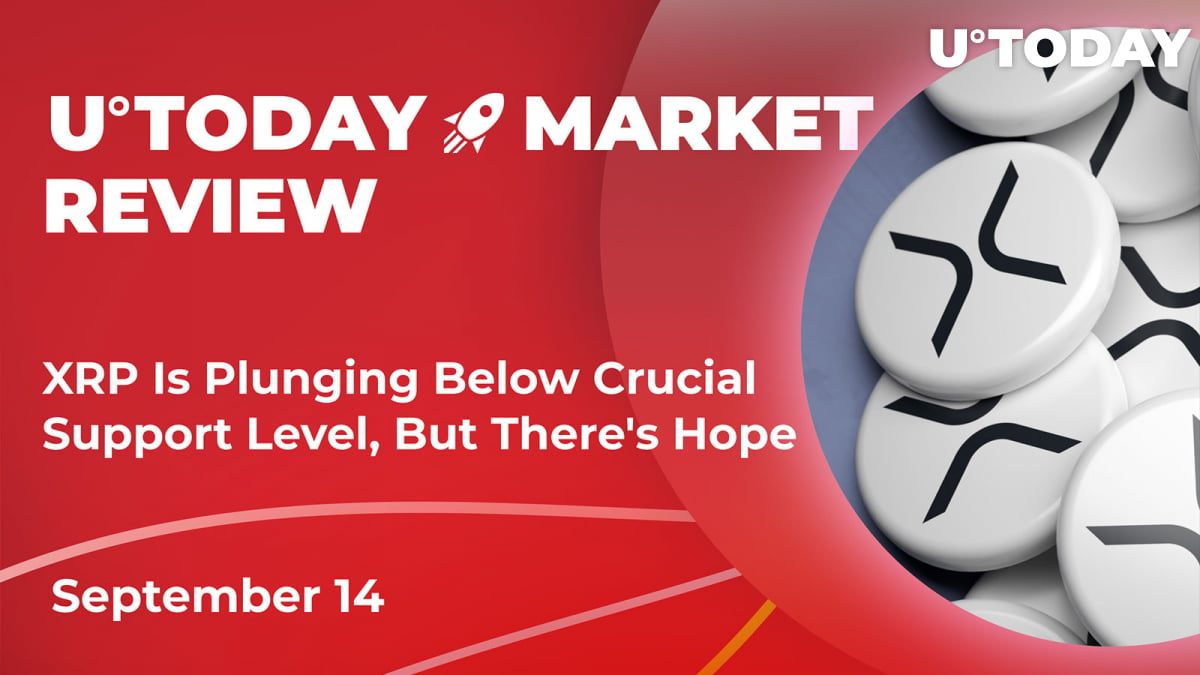 The Ethereum Merge is finally live, but the market remains anemic because of the last CPI release that caused turmoil among investors. One way or another, the majority of investors on the cryptocurrency market do not seem to care about the fundamental update that much as the volatility is still in the lower part of the range.

In the last 24 hours, most assets, including XRP, Cardano and Dogecoin, have been taking serious hits. The main reason behind it is massive outflows from the cryptocurrency market as investors believe we are going to see a tightening of monetary policy and decreasing risk demand.

XRP has dropped below the crucial support level for the second time this month, making the possibility of a price reversal questionable, especially with current market conditions. In order to remain afloat, XRP should gain around 4% of its value back and return above the aforementioned support level, or we will see a further plunge down.

Dogecoin, on the other hand, is not showing anything exceptional; the memecoin's price has been steadily moving in a local downtrend and has now reached this year's bottom at approximately $0.06.

Unfortunately, the asset has neither gained nor lost trading volume after the Ethereum Merge update, which shows that the majority of market participants are not interested in high-risk assets like DOGE.

With only 16.5 Gwei per transaction, Ethereum will remain deflationary as the total issuance of the cryptocurrency is already at -200 ETH after only 30 minutes of Merge being live.

Unfortunately, deflation cannot be the only condition for growth, as EIP-1559 did not lead to the permanent bullrun some Ethereum maxis were expecting. Network usage and revenue remain two main factors that correspond to the increasing market value of ETH, which has been proven in at least two market cycles.

The tiny 0.4% price increase of Ether amid the biggest update in the network's history is another confirmation of the aforementioned thesis. The cryptocurrency will most likely see no recovery until the Federal Reserve and other financial regulators across the world keep the market under control by constantly hiking the key rate, which affects the behavior of institutional and retail investors.

Since the ATH reached back in November, Ethereum lost more than 65% of its value.

With all of the narrative and spotlight moving around the Ethereum update and the cryptocurrency itself, Bitcoin has lost some space in both financial and social fields as investors are not interested in the digital gold — which is not having its best time.

According to the on-chain data covered by Willy Woo and discussed in U.Today's recent article, Bitcoin still has some room to fall, which can be confirmed by looking at the daily chart of the first cryptocurrency. A moderate 7% correction would put BTC back in the price range we saw in July at approximately $19,000.