Winklevoss Twins: Facebook Cryptocurrency Is ‘Cool’, Gemini Will Be as Successful as Amazon

Alex Dovbnya
? The Winklevii share details about their Bitcoin journey, ✨weight in on the current market sentiment and bury the hatchet with Mark Zuckerberg ⚔️? 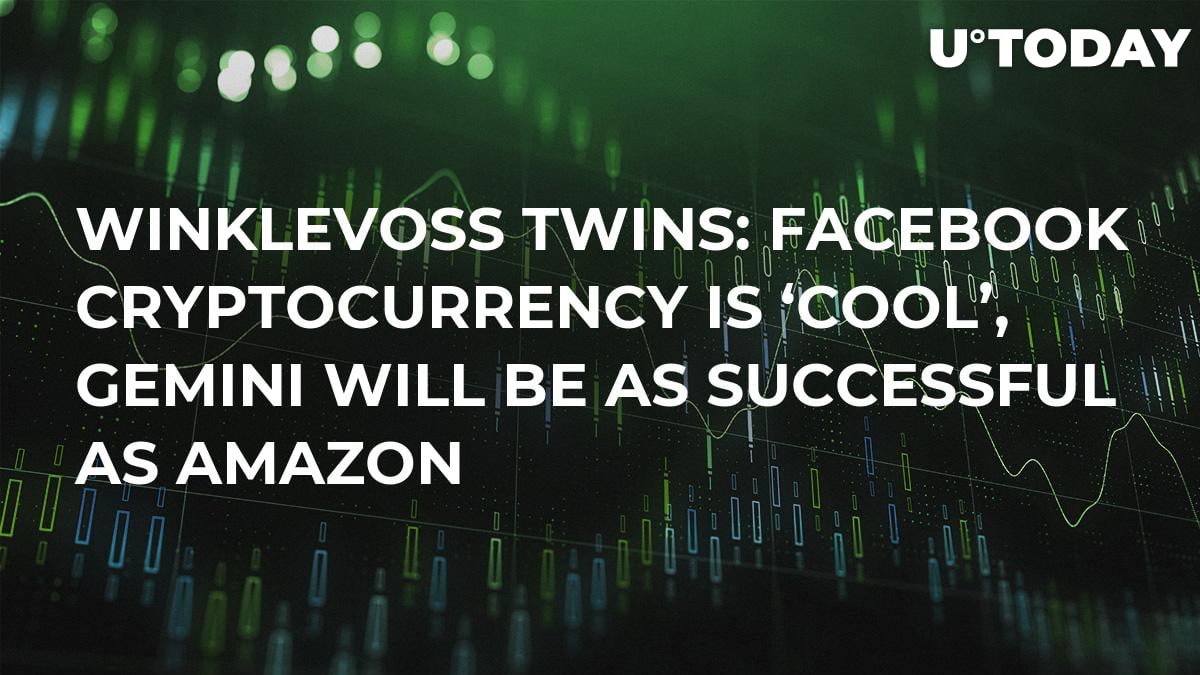 During an interview with The Daily Telegraph, the Winklevoss brothers discussed the current state of the cryptocurrency market among many other things. Notably, the Winklevoss twins are ‘still doing better’, not being deterred by the crypto winter.

It all started in Ibiza

Despite being born into wealth and getting $20 mln in cash and $45 mln in Facebook shares from Mark Zuckerberg (who allegedly stole their idea of the social network), it was Bitcoin that made them billionaires.

Cameron Winklevoss recalls that they found out about the cryptocurrency back in 2012 during their holiday in Ibiza. A stranger, who probably watched ‘The Social Network’ asked whether or not they heard about ‘secretive virtual money’ that only ‘small selective few’ would trade on the Internet.

Related
Gemini and Six Other Cryptocurrency Exchanges Teaming Up with Nasdaq

After realizing that Bitcoin could either explode or perish (there was no middle ground), the twins decided to place a big bet with the money they won from Zuckerberg who is currently mulling over launching Facebook Coin. However, the Winklevoss brothers are very secretive about the numbers. There are numerous speculations in the media about how much Bitcoin they actually own.

One thing is certain - they belong to a very selective group of crypto billionaires along with Coinbase’s Brian Armstrong.

Despite the fact that the Bitcoin price took a hammering in 2018, the famous twins do not seem to be bothered by that. Tyler even reveals that they do not check the price of Bitcoin on a daily basis since it's not productive. They jokingly said that they are ‘still doing better’ given they dipped their toes into the mercurial market when the price of Bitcoin was sitting at $8. Those who aren't able to deal with price swings should stay away from investing, Cameron states.

Cameron also added that Gemini, the cryptocurrency exchange they launched in 2015, would be as successful as Amazon in ten years.

Buring the hatchet with Zuckerberg

Tyler thinks that Facebook’s foray into crypto is ‘cool’. Meanwhile, Cameron is also glad that their rival Zuckerberg is going to launch his own dollar-pegged stablecoin, which could be ‘a really positive thing’ for crypto.

They also predicted that ‘something bigger’ that Facebook is coming that will deserve a movie of its own in 25 years.