Alex Dovbnya
Undeterred by the SEC rejection, Winklevoss brothers introduce a major cryptocurrency project that has the potential to revolutionize the industry 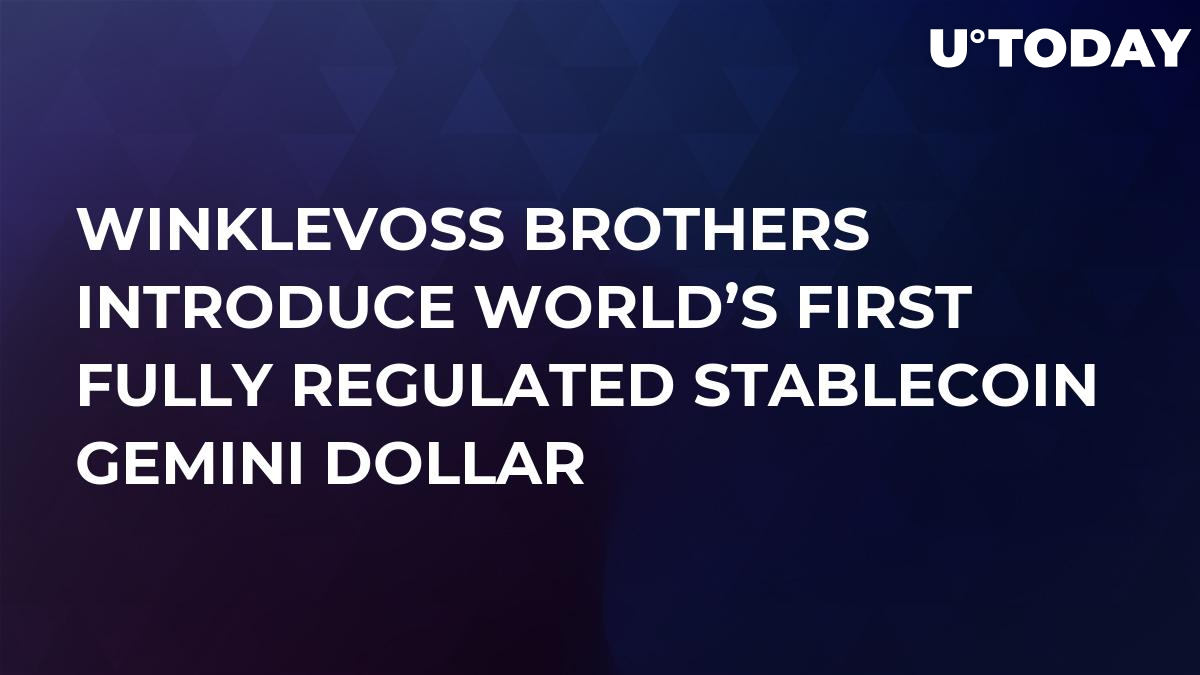 The Winklevoss brothers have recently launched a dollar-pegged currency dubbed Gemini dollar (GUSD). The stable coin is supposed be a solution for conducting day-to-day payments with crypto.

An emphasis on transparency

The SEC snub didn’t stop the Winklevoss brothers from presenting new cryptocurrency projects. The Gemini dollar is their latest product that is posed to rival the current most popular stable currently Tether (USDT). The newly launched currency will allow individuals to efficiently conduct transactions on the Ethereum Blockchain.

It is worth mentioning that the Gemini dollar got green light from the NYDFS. Every token is backed by one US dollar, just like in case with Tether. However, Tether is deemed as a rather controversial currency because of insolvency accusations and market speculations. Gemini, on the other hand, aims for transparency by storing all fiat funds in State Street Bank and conducting monthly public audits.

Two birds with one stone

By rolling out the new stable coin, Gemini strives to achieve mainstream adoption of cryptocurrencies. Yes, there are plenty of investors who are interested in crypto as a form of investment, but the problem is that newfangled digital assets aren’t commonly used for day-to-day purchases. The Gemini dollar is supposed to tackle this issue by allowing people to seamlessly exchange the US dollar for the new currency.

In a recent phone interview with CNBC, Tyler Winklevoss drew parallels between Bitcoin (BTC) and gold, claiming that both of these assets primarily serve as a store of value, which means they are not normally used to buy or sell goods. Gemini Gold, on the other hand, is drastically different since it allows to conduct borderless transactions.

Another important issue is the constant price fluctuations. Stable coins pose a solution to the volatility issue which is plaguing the whole industry. Bitcoin has already dropped by 53 percent since its peak.

Genesis Global Trading's CEO Michael Moro has already weighed in on the Gemini’s bombshells announcement, claiming that the potential use cases of stable coins are yet to be explored.