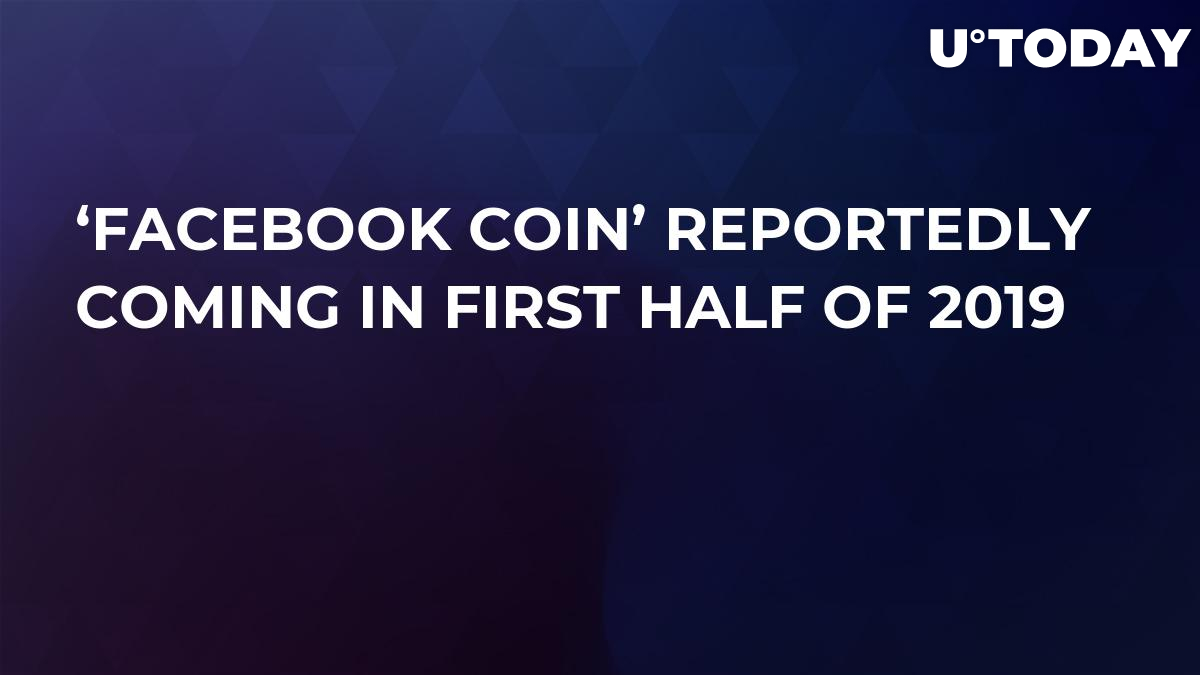 Facebook Coin could be launched much sooner than expected. According to a recently published New York Times (NYT) report, which cites multiple anonymous sources, Facebook employees are already shopping the coin to cryptocurrency exchanges while ‘trying to get the product out in the first half of the year.’

Back in December, Bloomberg published a report, which reveals that the social media giant plans to roll out a stablecoin for WhatsApp. However, the NYT reveals that the company plans to integrate the cryptocurrency into two of its other major properties – Instagram and Messenger, which would give the coin an unprecedented level of exposure. The audience of the three aforementioned apps reaches 2.7 bln monthly users.

As of now, very little is now about Facebook’s much-hyped foray into crypto, including the level of control that one of the most valuable companies in the world will retain over its cryptocurrency. If Facebook wants to place emphasis on decentralization, which is the whole point of Blockchain technology, it will harder for them to profit off their project.

Facebook’s Blockchain team is currently expanding, and now they have multiple job offerings in that niche. The social media behemoth launched a team for exploring Blockchain technology back in May with David Marcus spearheading the effort.