Alex Dovbnya
✅?These crypto billionaires can afford plenty of Lambos even when cryptocurrency prices remain in the doldrums 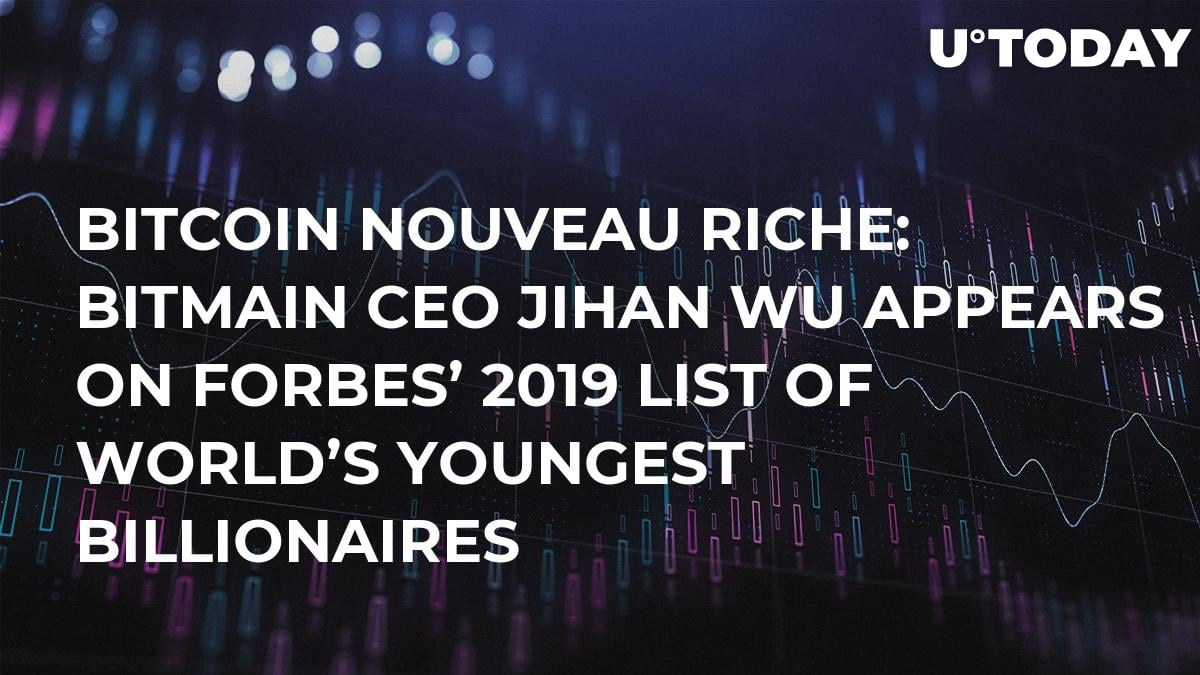 Jihan Wu, the CEO of Chinese mining giant Bitmain, has made the cut on Forbes’ list of the richest people under 40. Wu, 33, was among the newcomers along with Juul Labs CEO James Monsees, 39, who made vaping cool in 2018.

Despite the fact that Bitmain’s IPO plans have been called into question due to numerous scandals and layoffs, the company’s CEO remains one of the richest individuals in the crypto industry with a net worth of $1.5 bln. Coinbase CEO Brian Armstrong, 36, is also among the wealthiest young billionaires in the world with his riches sitting at $1.3 bln.

The wealthiest people in crypto

Micree Zhan, another Bitcoin CEO, boasts an almost two times bigger fortune ($2.7 bln), but he didn’t make it to the list since he had already turned 40. Ripple’s Chris Larsen, who became the first person from the crypto industry to appear on Forbes 400 in 2018, saw his net worth declining from $2.1 bln to $1.9 bln.

Zuck is in the lead