Will Gemini Dollar Calm the Wild West of Cryptocurrencies?

Darryn Pollock
The Winklevoss Twins have introduced a stablecoin that has all the regulatory tick marks and none of the controversy, but is this what the market needs? 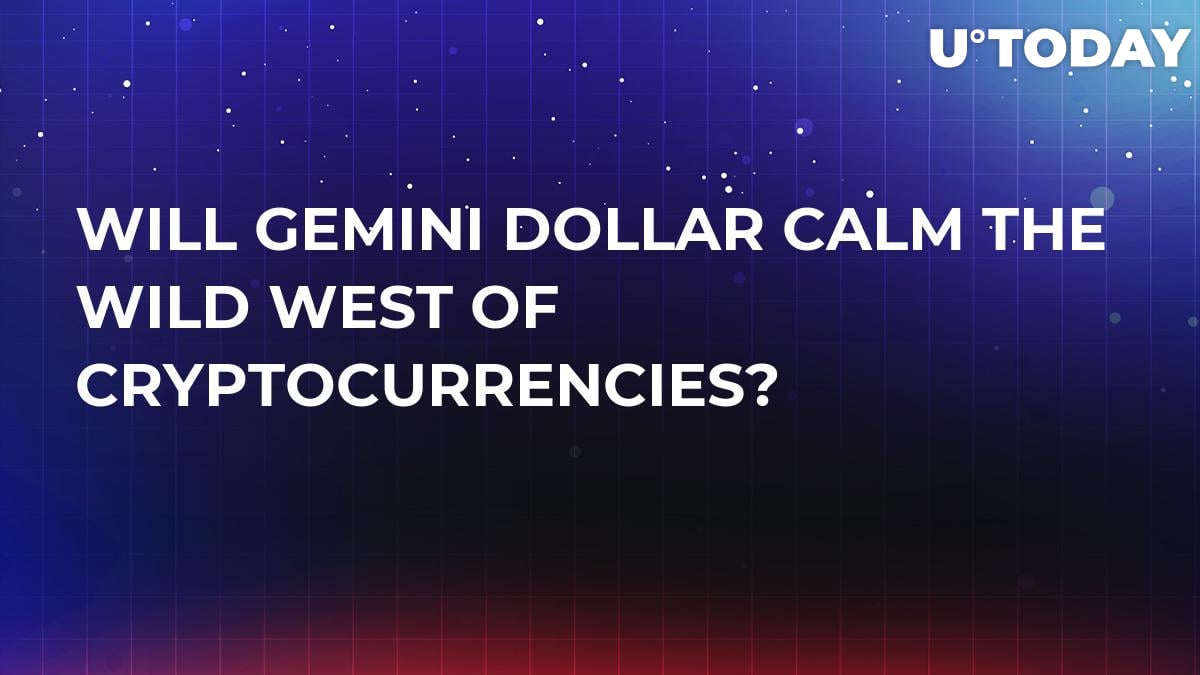 Monday saw the launch of a very interesting digital currency that could have a big say in the way the market is heading. It is called the Gemini dollar, and is the brainchild of the Winklevoss Twins, who are in charge of the Gemini exchange which aims to be as compliant as possible.

The Gemini dollar also brings with it a big regulatory tick, but it is a coin which is pegged to the USD in a similar way in which Tether is. However, the Gemini dollar has a lot less controversy around it, despite it only just launching.

The question is, will this coin be the answer to some of the problems that have stymied the cryptocurrency market in recent times. The cryptocurrency space has reached a point where regulatory pressure is dictating its movement and adoption, and that pressure is causing unnecessary volatility.

Will a full regulated coin, with zero volatility, be the answer to adoption of cryptocurrency as it will become a situation where the USD is digitalized entirely with the properties of Bitcoin, but without any volatility, or worries about regulators and lack of auditing.

What the twins have to say

Cameron and Tyler Winklevoss, who have been trying to push the envelope for the cryptocurrency market for some time now, including applying for ETFs, believe that this coin will be a bit of the best of fiat and digital currency.

We have been thinking about the stable-coin idea for over a year now,” Tyler Winklevoss told Business Insider. “The thing that is attractive about the concept is that is does something different than any other digital asset. When we think about the first-ever digital asset, Bitcoin, which is a virtual commodity, it took years for the market to sort out the broad understanding of what Bitcoin is.”

“The legal precedent and the use case is definitely coming down as a virtual commodity. And Ether is the same. Those are very cool use cases. Ether as a digital oil. And Bitcoins as a digital gold. The idea of a digital commodity is there and well understood.”

However, there is now a move in the cryptocurrency back towards digital currencies. The digital commodity has hit its ceiling if Vitalik Buterin is to be believed, but there is a lot of room for digital cash to grow, especially digital cash that has evolved a bit.

“There was a time in this world when people didn't know if Bitcoin would kill fiat or the financial system or both,” The twins continued. “And some people tried to live off Bitcoin for a month. As it turns out people generally don't believe Bitcoin will be used to buy Starbucks or a Happy Meal.”

“The question is actually does it disrupt gold or exist side-by-side precious metals in a portfolio? The beauty of a stable coin is you don't need to worry about spending it. And groups don't need our permission to use it. Starbucks could accept it if they wanted to. And we will be open to those conversations.”

On the surface, before the coin has had time to be tested and explored fully, the idea seems sound. Stablecoins are becoming more and more popular because of their ability to halt the infamous digital currency volatility.

The issue has long been that as a digital currency, things like Bitcoin and others are too volatile to use on an everyday basis, or for companies to adopt. The fact that a coin can be worth 20 percent more or less in 24 hours will direct people to either want to keep it and not spend it or not bother at all because of the loss.

So stablecoins have the ability to instantly take away this issue, thus the adoption of them in the needs of digital currency should be right up there? The next problem is the controversial nature of the stable coins that are out there currently.

The stablecoin market is famously made up of names like Tether and the Petro. Both these coins have been taken through the ringer for issues such as poor auditing techniques and transparency, as well as centralized corruption and propaganda, in the case of the Venezuelan oil-backed coin.

But, the Gemini Dollar is also fully compliant and regulated, having received approval from the New York Department of Financial Services. It is also being audited by a batch of third-party auditors to ensure no chance of double spending.

This form of stablecoin could be a fresh direction for the cryptocurrency market to take. Its initial sell was this idea of a digital and borderless currency which could be sent easily and cheaply, and now that could be returning.

Across Twitter, the general reaction has been positive, but cautiously so, as there is still a road to travel to see how this coin is received.

I think Winklevoss stablecoin is more important to crypto than an ETF in 2018.

Trusted custody will facilitate capital from institutions. (no urgent need for ETF)

Current alternatives (USDT, TUSD) are unlicensed. Gemini dollar is audited in the US and licensed by NYDFS.

Bearish on the Gemini Dollar..

Anything pegged to an inflationary currency will go down in value.

But that being said, this is HUGE for crypto and the Winkelvii deserve a double round of applause.

After yesterday’s news about the Gemini Dollar, I’m now more convinced than ever before that Tether’s days are counted. Why would any law abiding citizen ever come close to $USDT when they have the $GUSD as an alternative. USDT will become the official money laundering currency.