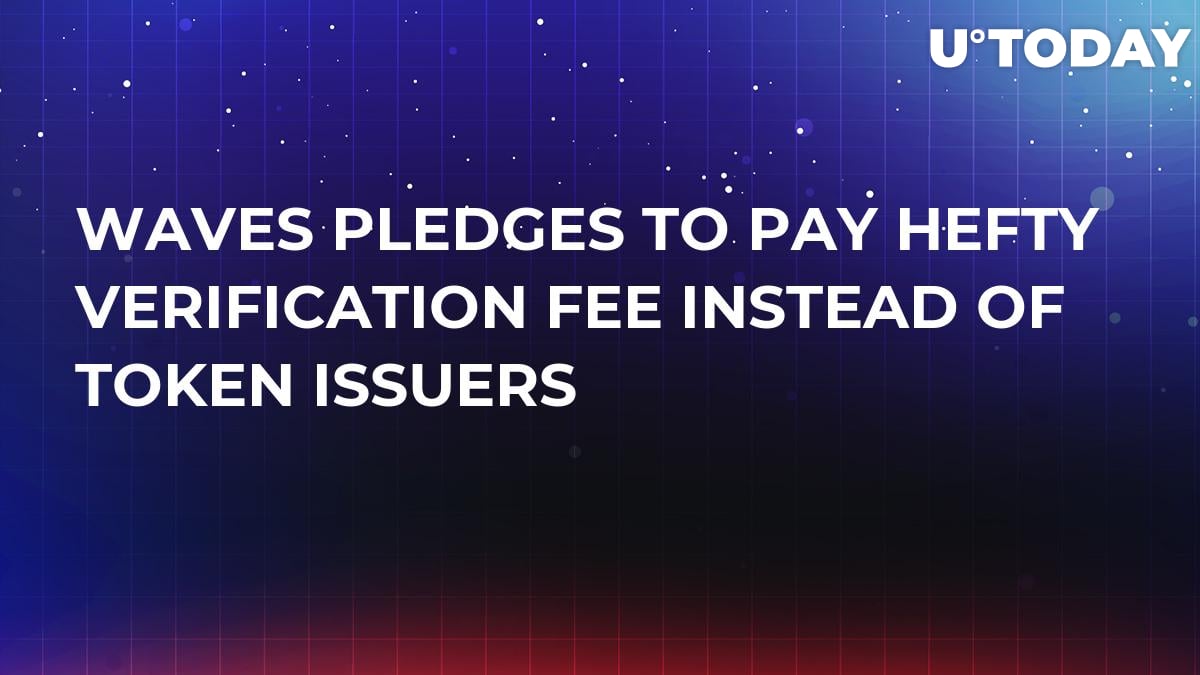 Waves CEO Sasha Ivanov has announced that $600 mln startup will subsidize all eligible projects that are willing to be reviewed by the Tokenization Standards Association (TSA). The Subsidy Programme is expected to last until June 15, 2019.

We came to an agreement with https://t.co/r4XkiQ8MbE. We will cover their verifications costs for now, token KYC will cost you just 10 $WCT tokens (and not 1000 $waves. announced initially). You asked for it, and we did it for you.https://t.co/E68esmmSgM

As U.Today reported earlier, Waves has recently joined the TSA (or BetterTokens), which is supposed to establish common rules inside the ‘Wild West’ industry. In their recent Medium post, they reveal that a substantial portion of comments from their community members were related to the verification fees. With that announcement, Waves wants to address these concerns and give their users a better understanding of where they are going with asset verification.

You asked for it

Now, Waves pledges to cover the cost of verification for those compliant with standards established by the TSA. All applicants are required to provide the list of documents in order to prove their eligibility.

Waves forks out the 1,000 WAVES ($3,590 at press time) verification fee that is set by the association. It should be mentioned that the projects aren’t supposed to return the fee if their verification attempt turns out to be unsuccessful. Subsequently, users are only supposed to pay 10 WCT ($7.85 at press time) for completing KYC.

Twitter users even claimed that Ivanov is being ‘too nice’ given that the fees have been reduced to a ridiculously low amount. Perhaps, after a 200 weekly percent surge and the recent massive funding round for their Blockchain Vostok Waves can certainly afford a bit generosity on Christmas Day.

You're being to nice man, make it at least 1000 wct then...
Forcing them to have at least some meat in their project ain't a bad thing imo... I mean come on, that's peanuts compared to the millions they think to gather ?