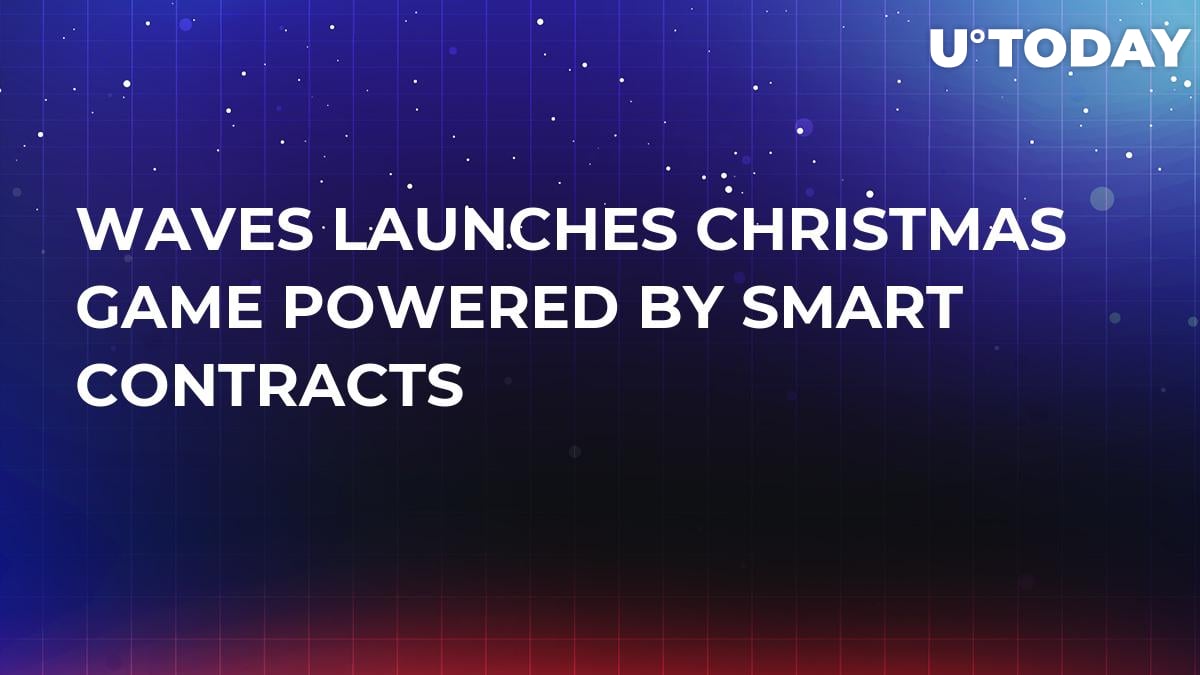 Waves has decided to light up the mood of its community on Christmas Eve by presenting a ‘cool’ game where no one loses. Apart from serving as a means of entertainment, the Christmas game will make it easier to grasp the gist behind the Waves ecosystem.

We're launching #blockchain-based #Waves #Christmas game! It's an excellent showcase of how Waves #smartcontracts and Waves Keeper can be used in the gaming industry: https://t.co/AOeDDQytWw

And this is just a teaser of what’s coming!$WAVES

The modus operandi of this game consists of opening the boxes with presents. Keep in mind that the minimum amount of 1.031 WAVES is required in order to start the game. Then, there are two possible scenarios:

The application in the gaming industry

The gaming project, which was developed in partnership with Tradisys, is supposed to showcase the power of Waves smart contracts (the first game to do so). Smart contracts will be used in order to make sure that events in the game are going as planned.

Waves states that this is a perfect example of how the platform’s smart contracts come in handy for creating similar games. The startup’s CEO, Sasha Ivanov, promises that this is only a sneak peek of what is coming in the future.

https://t.co/WCCLb0u7kW the first game running on $waves smart contracts is live! Here we go guys, this is just a beginning, huge things will follow.

Blockchain in the gaming industry

Blockchain is already creating disruption in the gaming industry. Recently, U.Today reported how  RobotCache is planning to put a stop to Steam’s dominance with its soon-to-be-launched decentralized gaming store. In the blog post, Waves emphasizes the ‘significant’ adoption potential of Blockchain technology.