Yuri Molchan
On Wednesday, December 19, the crypto market is having another bullish day so far, letting the majority of the top-100 coins rise, with BCH being the top gainer 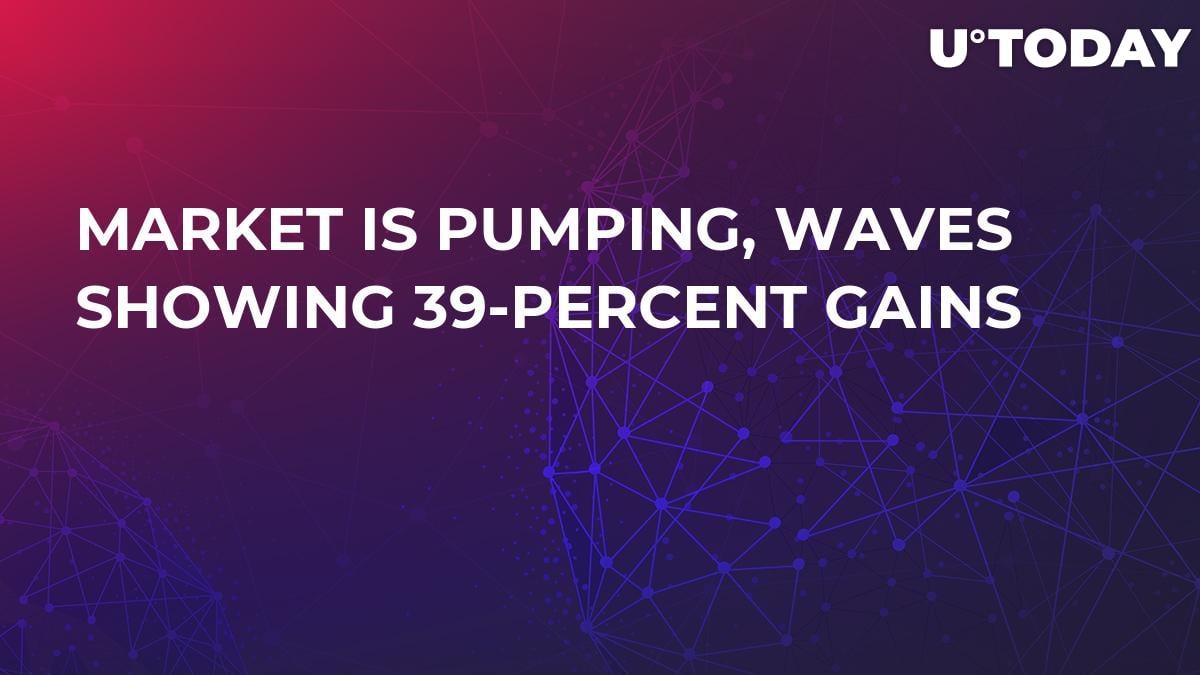 On Wednesday, most of the top-100 coins are in the green, welcoming a continuous bullish wave that has been around for a couple of days already.

All of the ten coins with the biggest market cap today are showing momentum, following BTC. 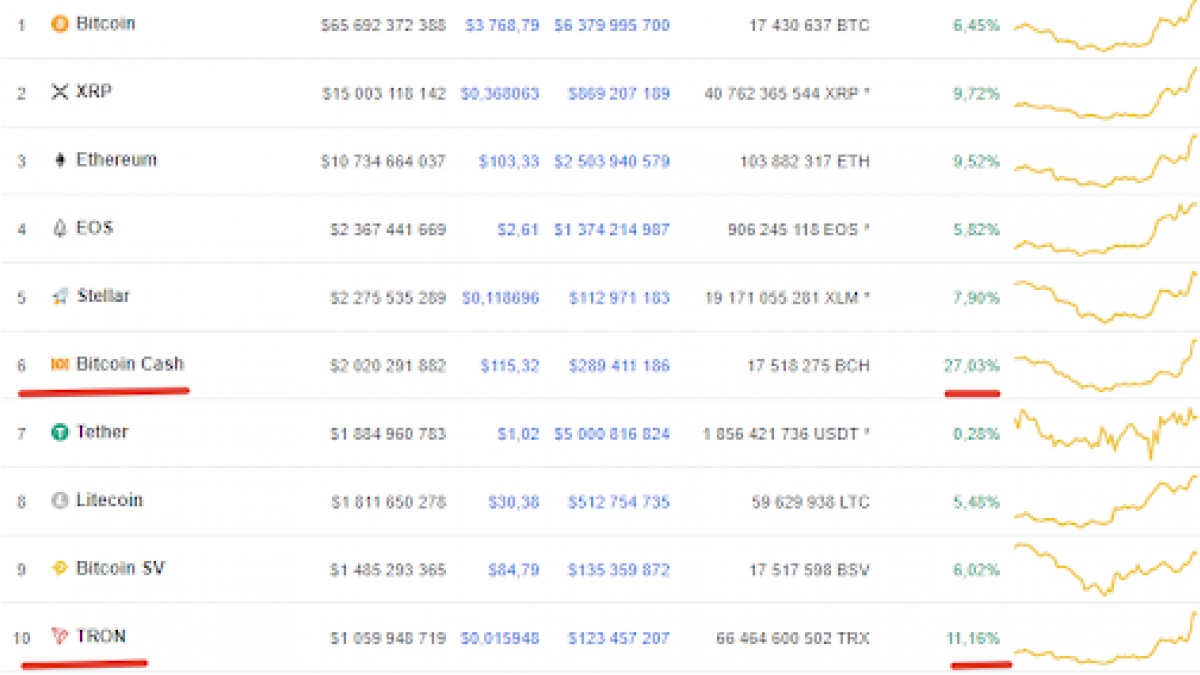 Ethereum and XRP have both spiked nearly ten percent; however, Ripple is a little ahead on this point.

The top-ten coin that has gained the least today so far is the controversial Tether (USDT) stablecoin. It has now moved to position #7. On Tuesday, Bloomberg reported that they had gotten access to some of Tether’s financial documentation. The banking statements confirm that at the start of 2018 the company had enough cash to back all of its USDT coins but as for now, the question still remains open.

Bitcoin Cash SV (BCHSV) is now sitting in position #9, thus being 3 places behind its rival, BCH. BCHSV is trading at $84.79.

The powerful rise of Waves may well be connected to the recent news of the company joining the Swiss Tokenization Standards Association (TSA) based in the local crypto valley, Zug.

The asset that has gained the least today here is NEM (+3.36 percent). Then comes Ethereum Classic (+5.77). All other coins have appreciated by over 6 percent each. 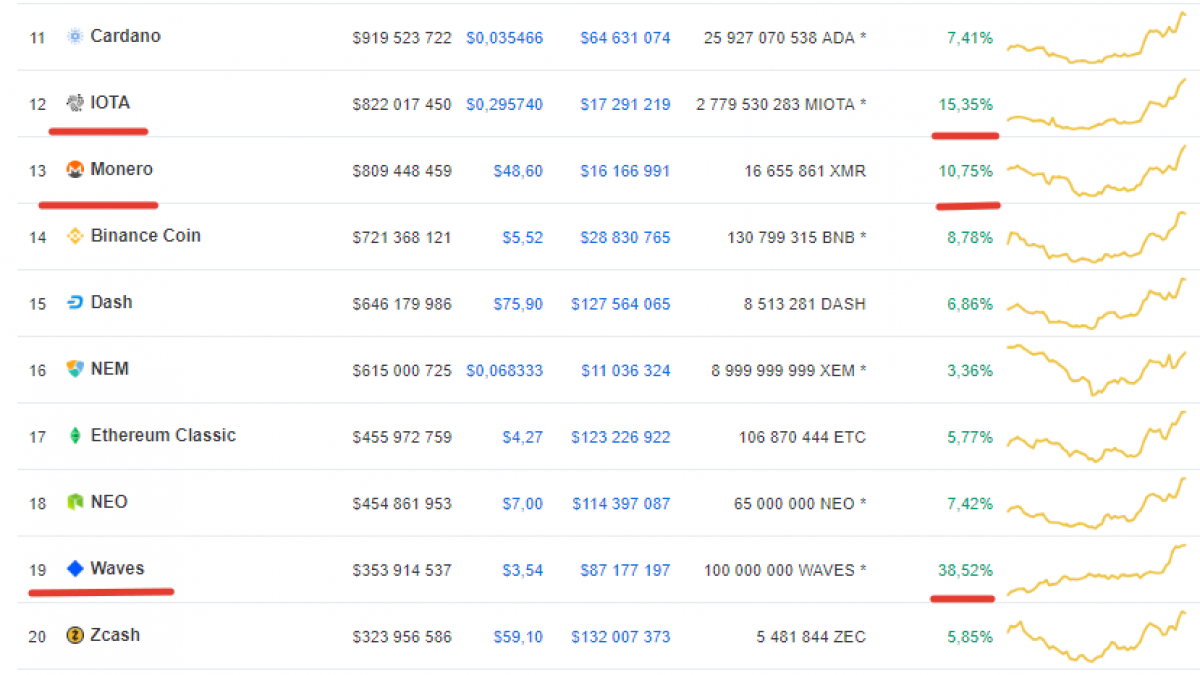