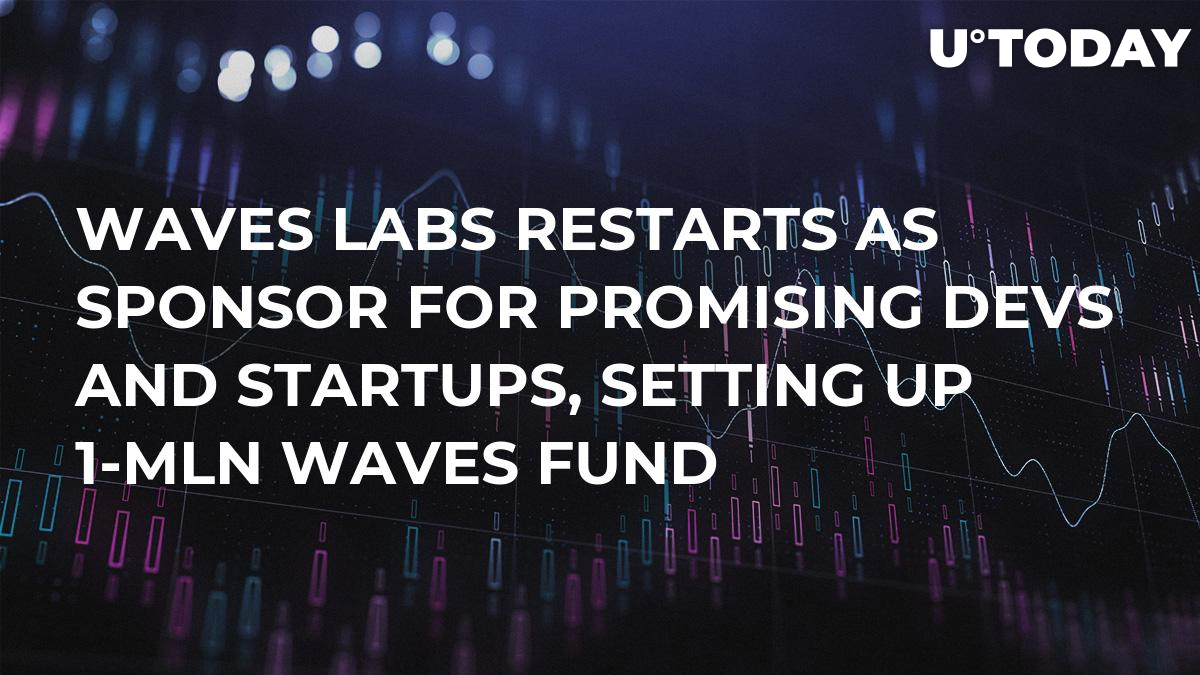 Waves Labs initially assisted prospective crypto startups, helping them prepare for ICOs. For several of them, the company even created and ran all preparations and the token sale itself.

The way it was before

The company followed this line of behaviour for a while when token offerings reached the highest popularity. Waves Labs conducted several big crowd sales and it got to second place, being a platform for emitting tokens for ICOs. The only rival in front of it was Ethereum, according to the number of ICOs and tokens that Vitalik’s platform helped to launch.

This strategy got Waves a lot of media attention and numerous customers (projects and users). Besides, it made the Waves platform quite popular in the crypto industry.

Waves Labs has decided to get back to its previous activity and intends to focus on helping new projects that decide to start off on the Waves platform. The company will again begin to provide support to talented software devs and prospective startups that build their products on decentralized technologies. Waves is going to choose those that will be the foundation of Web 3.0.

The company’s division titled Waves Grants will be an improved version of Waves Labs. Grants will be lavishly spread to those devs and startups who want to create new software products on the basis of the Waves platform. The company will also help them achieve global mass adoption after the launch.

A special committee set up by Waves will be making decisions as to which projects will be sponsored and promoted. It will consist of reps from the company’s various departments. Waves will set aside 1 mln WAVES for this sponsorship initiative.

Regular updates and reports will be published to make the whole thing transparent for the Waves community.

Applicants will be offered to work on ideas suggested by the Waves Labs or they will be able to propose their own projects related to Waves technologies or products.