Waves Gets Its Foot into UK Through Wirex Integration 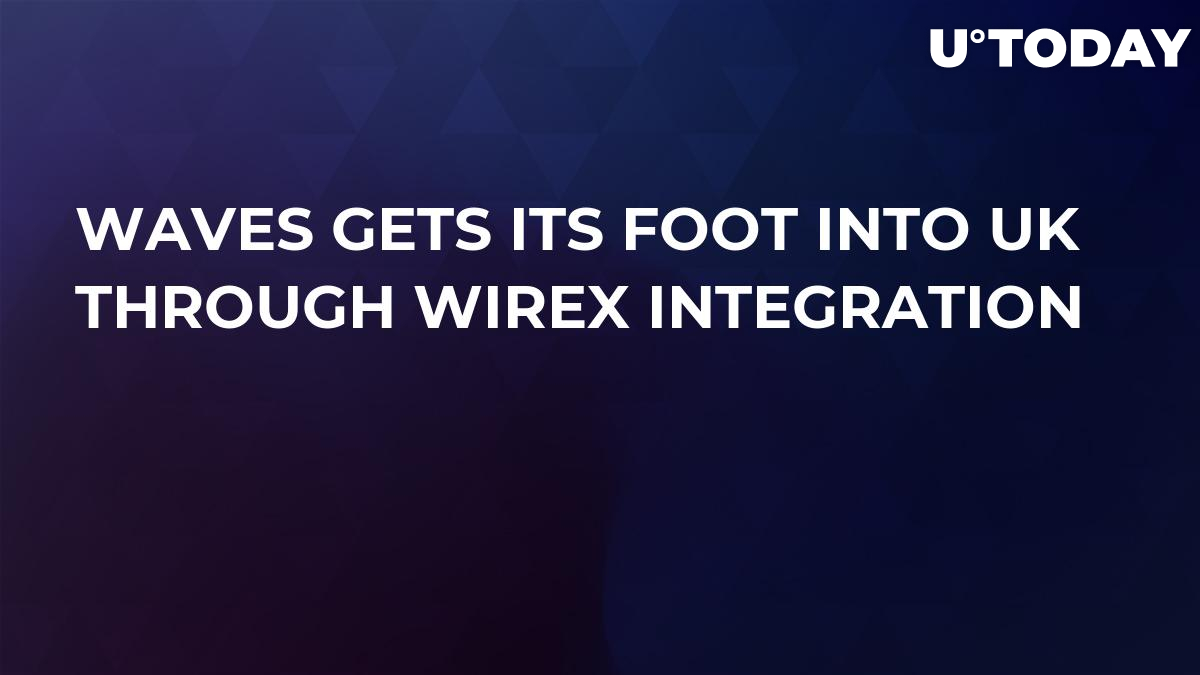 On Thursday, 10 January, the Waves CEO Sasha Ivanov announced in a Twitter post that his brainchild, Waves, has been chosen for integration by Wirex, a digital payment company licensed by the UK FCA and based in London. By now, Wirex has already partnered with XRP, ETH and BTC.

@wirexapp, the largest UK-based provider of #crypto-friendly bank cards, has integrated $Waves in its platform, along with $BTC $ETH and $XRP. EU users are able to buy Waves with their credit card instantly and withdraw their Waves balance to debit cards.

Wirex gaps the bridge between crypto assets and fiat money, allowing people to buy virtual coins with their Visa cards in order to trade in exchanges or spend it otherwise.

The British startup has joined forces with the Russia-based crypto platform and put the WAVES coin on its list of customer assets, thus admitting the important part that Waves has played in the crypto space over the last two years.

The CEO of Wirex, Pavel Matveev, believes that Wirex and Waves have something similar, since they both bridge gaps between new and traditional spheres. Waves – between blockchain and web. Wirex brings together fiat money and crypto assets.

The British startup ensures digital coins it has integrated get more liquidity and enables investors and traders to buy crypto with fiat money via Visa cards in order to spend it later in any way.

Waves has been advancing at a large pace over the last few months – as of late, they have launched a mobile app and the function of smart contracts on their mainnet, thus giving its WAVES coin get better chances of being widely adopted in business area.

As per the Waves CEO, Sasha Ivanov, Waves is means of transition from web 2.0 to web 3.0. He sees the goal of his team in making it easy for businesses to create and use their own blockchains as well as dApps, improving user experience of their customers.

The CEOs of both Waves, and Wirex are excited about the upcoming collaboration, positive that both parties and their customers will benefit from it and innovations in the fintech area will be spreading around.

A while ago, U.Today reported that Waves started the Vostok blockchain project, which has recently obtained $120 mln in its first round of funding. After that the total market value of Waves spiked to a whopping $600 mln.

Recently, also, Sasha Ivanov publicly announced through Twitter that the probability of a public sale for the Vostok project is highly likely as the blockchain entrepreneur and his team are solving issues that prevent Vostok’s legal setup. If the public sale does take place, it will be conducted with WAVES coins.

At the moment of writing this, WAVES is on position #23 on the Coinmarketcap site, trading at $2.73.