Alex Dovbnya
Will the eighth biggest currency fight its way to the top after being displayed on the world-famous Octagon canvas? 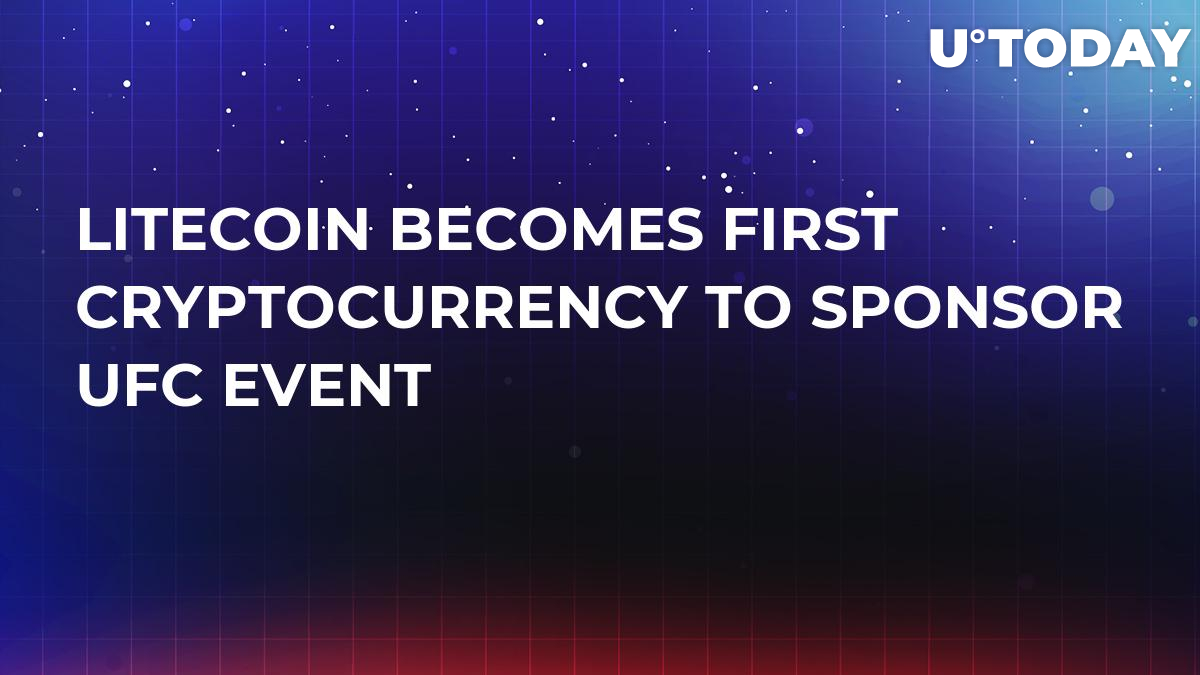 Litecoin CEO Charlie Lee has just announced that the cryptocurrency will be the official sponsor of the upcoming UFC 232 event (expected to take place on Dec. 30). Thus, UFC becomes the latest in a string of big-name brands that embraced Litecoin this year.

Excited to announce that the Litecoin logo will be on the canvas as the Official Cryptocurrency Partner of @UFC 232 on 12/29 in Inglewood CA! Read more: https://t.co/y4yvPWb6rj pic.twitter.com/ddML54j5GH

Recently, U.Today reported that the lack of real-world adoption is seen as a major Litecoin problem by Lee (not his infamous sell-off that preceded a 91 percent rout), and the computer-scientist-turned-crypto-mogul pledged to fix it. Now, Lee’s putting money where his mouth is by scoring a major partnership with UFC, the biggest martial arts company in the world.

A milestone has been reached

This is a huge achievement for the whole cryptocurrency industry since not a single coin has sponsored the event before. The much-anticipated fight between UFC heavyweights Jon Jones and Alexander Gustafsson will captivate the attention of millions of sports fans around the globe. Meanwhile, the Litecoin logo is being displayed on the Octagon canvas.

In its recent blog post, the Litecoin Foundation also states that this sponsorship will ‘hopefully’ be a stepping stone to their cooperation with UFC.

Crypto Twitter was mostly ecstatic about the news, claiming that it’s amazing exposure for Litecoin, the eighth biggest currency by market capitalization. Some users even went as far as predicting the results of the upcoming event.

No matter who wins or loses. The ultimate fighting champion of crypto will be Litecoin.