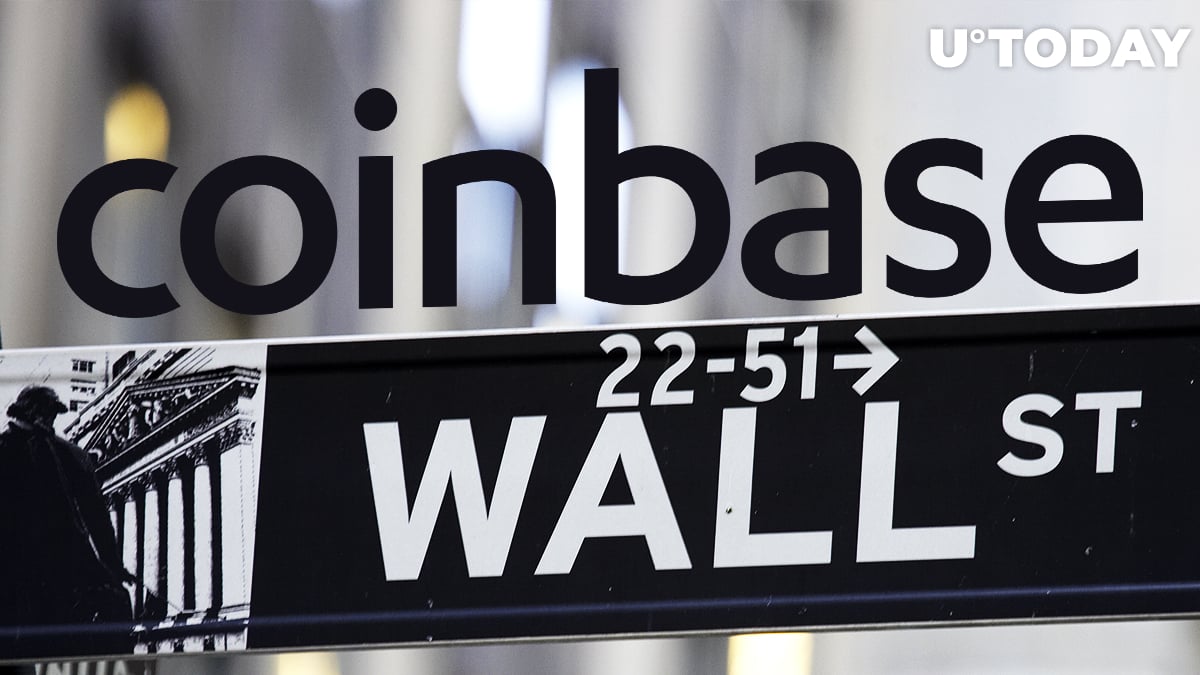 A Wall Street analyst is bullish on the stock of the Coinbase exchange ahead of its public debut.

Gil Luria of DA Davidson has given COIN its first "buy" rating, building on the growing momentum behind the company.

The analyst writes that the cryptocurrency industry is going to have its own "Amazon moment" with the upcoming direct listing of Coinbase:

We see the upcoming Coinbase direct listing as the 'Amazon moment' for crypto—the milestone point in time when the world of crypto and the traditional financial system become truly intertwined and crypto moves from a large curiosity to becoming the future path for much of the financial system.

Luria has taken note of the exchange's regulatory compliance as well as its superb security measures:

Coinbase has been able to manage both government regulators as well as highly motivated hackers, while providing consumers with the experience they expect from a large financial institution.

Coinbase has its risks

As reported by U.Today, Coinbase made its SEC filing public last week. Apart from offering a deep look into the company's financials, the prospectus also laid bare some risks that are faced by America's leading exchange, such as the "negative perception" of the largest cryptocurrencies as well as the emergence of competing decentralized finance (DeFi) protocols.

The most notable risk is the doxing, or reappearance, of Satoshi Nakamoto, Bitcoin's anonymous creator who left his project for good back in December 2010.