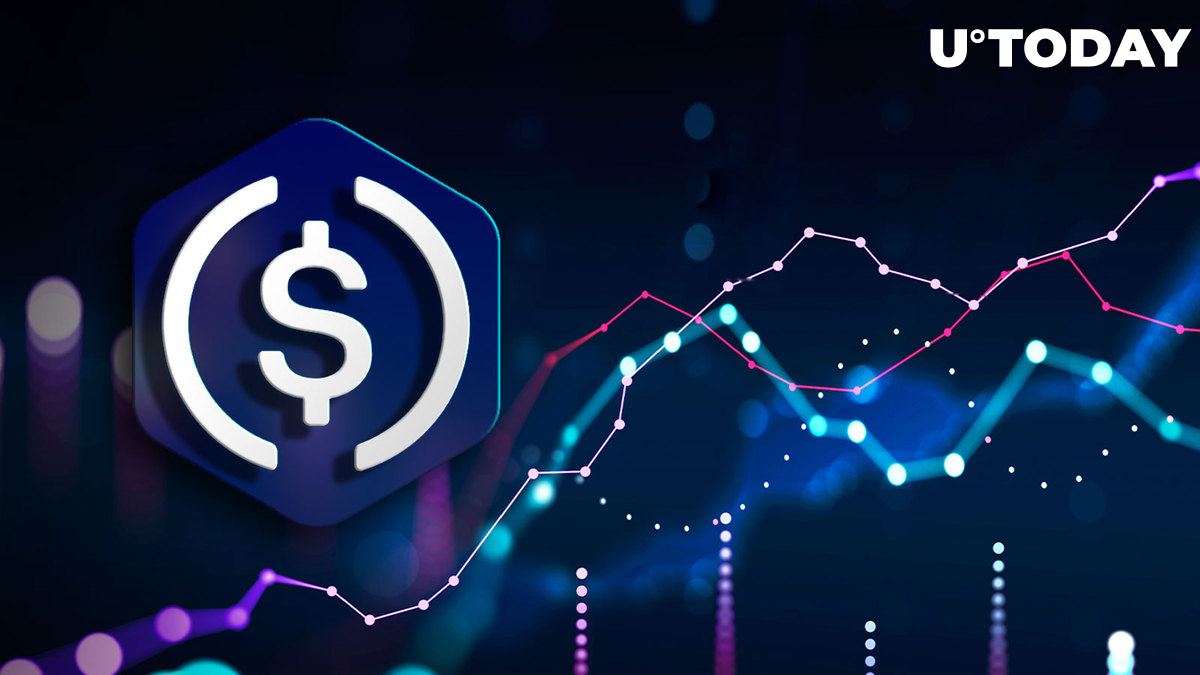 Stablecoins are assets considered refuges in a cryptocurrency bear market. Investors need to protect their capital when the bears are dominant, and many of them believe the best way is through tokens designed to stay as close to $1 as possible.

During the crypto winter of 2022, this fact was made very explicit when the top 10 blockchain assets by market capitalization saw three stablecoins taking over placements. Although USDT has been among the top three assets for some time, in January 2021, the Tether stablecoin was the only one in the top 10.

In this scenario, fifth place occupied by XRP now belongs to USDC, Circle’s stablecoin. The seventh position, which was occupied by Chainlink (LINK), is now Binance’s stablecoin, BUSD. But as an inflow of capital into the stablecoin is expected in a falling market, another factor has been drawing attention. USDC has been performing better than USDT.

According to Glassnode data, USDC’s total transfer volumes exceeded USDT’s by almost five times between Oct. 8, 2022, and Jan. 10, 2023. A significant increase in the transactions of the newer stablecoin occurred shortly after the collapse of FTX.

But what motivated this event?

Some investors believe that USDC is safer than USDT on the crypto market. Some factors in the blockchain industry regarding the two stablecoins have contributed to this.

First of all, USDT has a very dark past. During the initial years of the stable asset, it could not maintain its peg with the dollar and was even attractive to those wishing to arbitrage. But that was the least of its problems. Being the first USD-backed stablecoin, investors demanded proof of reserves.

This evidence would be vital to making sure that the stablecoin issuer, Tether, actually had the corresponding amount of cash on hand for the USDTs that were issued. Despite insistence, this audit did not taking place at all, a situation that USDC did not have to face.

Circle realizes that this is a big problem for the stablecoin investor. Besides being a company that focuses on laws and regulations, it has monthly audits done by global accounting firm Grant Thornton.

Another factor that significantly swayed confidence regarding USDT was Tether not making public its association with crypto exchange Bitfinex. This would not have been a problem for investors at the time had the information not been kept secret and only revealed with the Paradise Papers exposure.

Focusing on reserves for its stablecoins, USDC has, at the time of writing, 65% of its reserves in U.S. Treasury bonds. Tether, on the other hand, seeing the big collapse of USTC, Earth's stablecoin, decided in 2022 to improve USDT's ballast and zero out guaranteed loans.