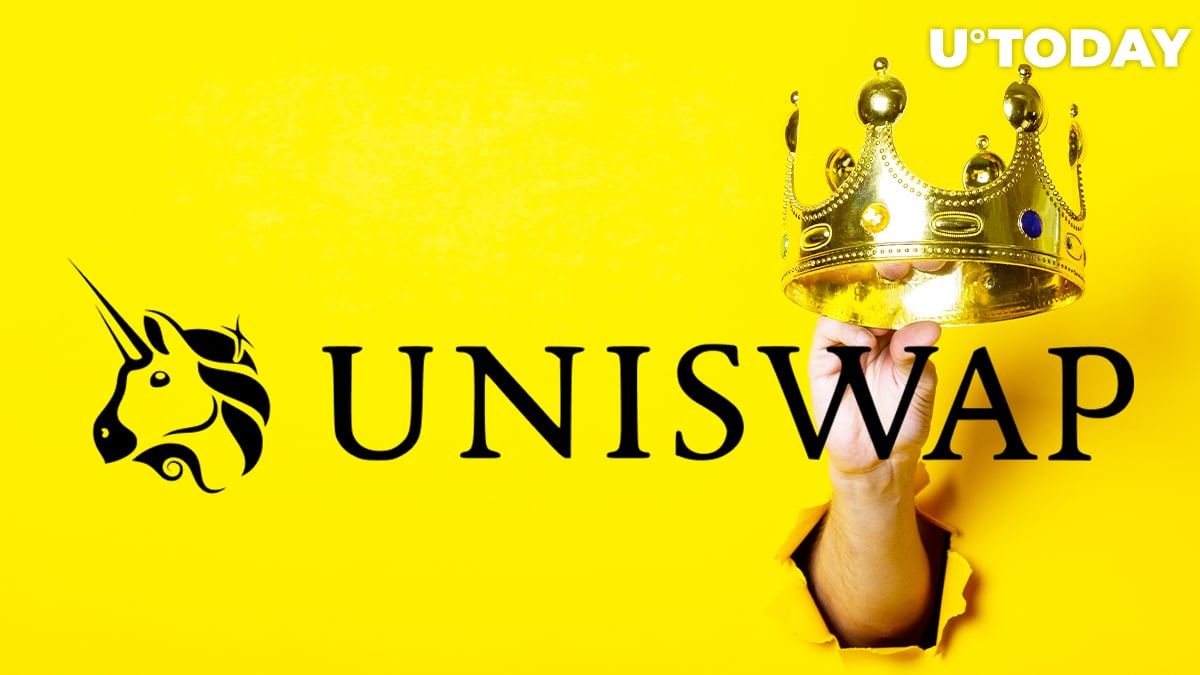 With $1.47 bln worth of locked value, it has surpassed lending protocol Aave, according to data provided by DeFi Pulse.

After attracting plenty of attention with its skyrocketing volumes in August, Uniswap became front-and-center news earlier this week following the surprise launch of its native UNI token.

As reported by U.Today, the decentralized exchange handed out 400 UNI to anyone who traded on the platform at least once before Sept. 1.

The token is now sitting at a new high of $6.20, which means that those who have already claimed their airdropped tokens could potentially have $2,480. This far exceeds the $1,200 stimulus checks handed out by the U.S. government back in May.

Prior to the token launch, Uniswap became the top DeFi project in early September because of the SushiSwap fork, whose users were fishing for liquidity provider (LP) tokens to earn 10-fold rewards.

Its vampire-mining rival then sucked $800 mln worth of liquidity out of Uniswap, which made the a16z-backed exchange drop to the ninth spot on the DeFi chart.

Now, however, Uniswap is back on top while SushiSwap is in a distant 10th place with $522 mln worth of locked value.

Uniswap's unorthodox token distribution model is still on everyone's lips following the token's launch, but some are wary of the possible implications of such airdrops.

In a scathing op-ed published by Coindesk, attorney Preston Byrne warns that the Securities and Exchange Commission (SEC) will not hesitate to crack down on DeFi tokens:

The SEC's slowness – the fact that they’ve done nothing about Uniswap right now – is not a waiver of its enforcement powers, and being on the receiving end of one of their subpoenas is no less painful simply because they waited a few years to hit you with it.