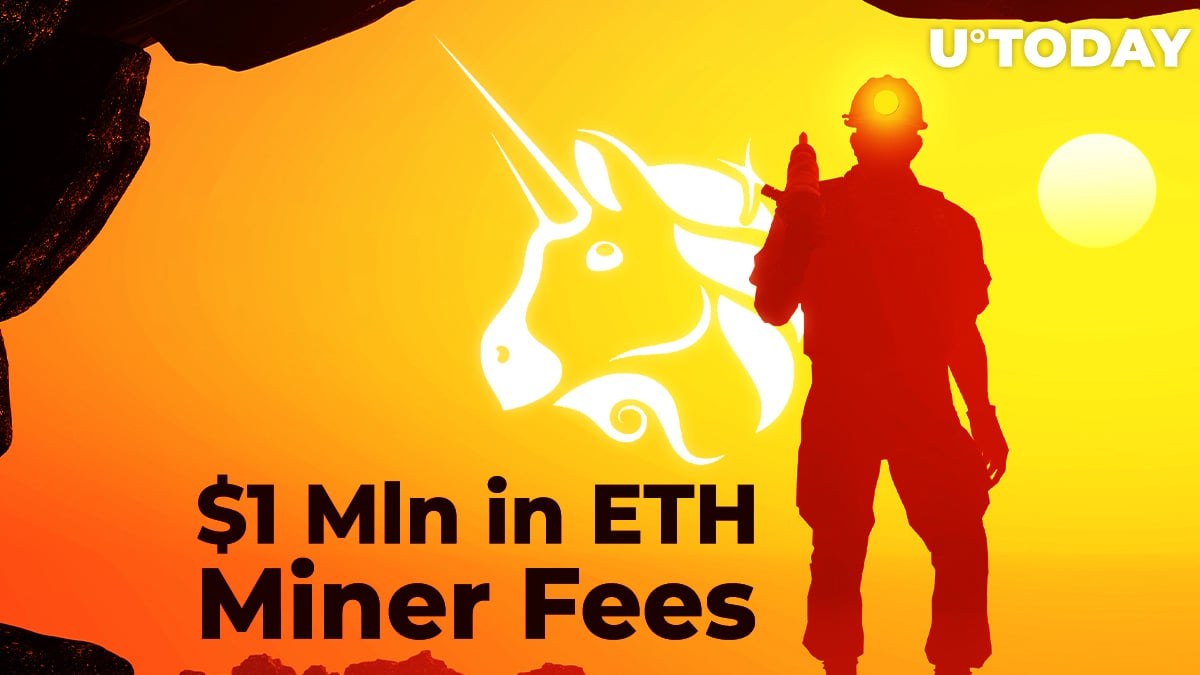 Ethereum miner fees surge due to Uniswap's motorcade of generosity

Earlier on Thursday, U.Today covered that Ethereum-powered dex Uniswap launched its UNI governance token and users were able to grab 400 UNI each—that is for those traders who have been registered on the platform and making deals on it since Sept. 1.

Back then, UNI was changing hands at $3.66, so 400 coins totaled $1,464—that's more than the stimulus check distributed by President Trump's administration after the lockdown.

After the giveaway was announced and traders rushed to claim their free digital cash based on the second biggest blockchain, within just one hour, ETH miner fees surged to a new high and a total of $1 mln worth was spent. This is according to Glassnode.

Earlier today, Messari reported that at least 22,681 addresses had UNI on them after the free tokens up for claiming were announced.

A high of 345 Gwei ($2.81) was reached on Aug. 12, as was covered previously, mainly thanks to numerous transactions made on DeFi and on the YAM protocol in particular.

Potential scams on the march

All those DeFi protocols offer users so-called "yield farming" so they can stake their ETH, BTC and other coins, provide loans to other DeFi projects, accumulate interest from doing so or swap their ETH for DeFi tokens—which are quickly growing in price.

However, experts warn that DeFi projects could be potential crypto scams and that users must be careful where they put their crypto.

Prominent crypto trader and Bitcoin maximalist Tone Vays stated recently that DeFi is not to be trusted. He called it a classic Ponzi scheme and said that it is "even bigger idiocy than ICO was in 2017."