TRON Keeps Dipping While Its Network Governing Elections Far From Over

Yuri Molchan
TRON (TRX) has not recovered, contrary to expectations, as funds are leaking out into Bitcoin 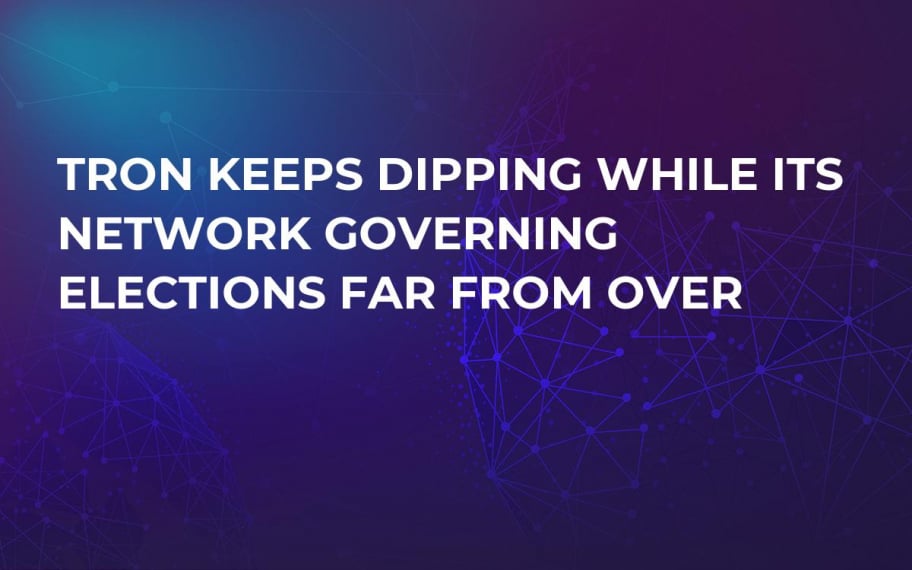 As soon as TRX deposits were unlocked on some exchanges, the rate dropped instead of going up. This time altcoins met the fire since the funds are going away towards Bitcoin.

Over the last 24 hours, TRX suddenly slipped almost 10 percent, dropping to $0.035. That was contrary to expectations of those who planned to buy low and later gain large profits. In spite of the community optimism and the launched of the mainnet, the descending trend for TRX is still on and trading volumes are hardly rising.

Even though the TRX price keeps tanking, over 41 percent of the current trading volumes are coming from Tether (USDT). Some believe that TRON is at a lucky level for purchasing, but the coin continues to slide to lower levels.

The network of the coin seems to be stalling as only three Super Representatives have been elected. Tronscan says that over the last 24 hours only 2,145 operations were conducted on the network. There number has grown from a zero since the mainnet started off.

Unlike EOS elections, those of TRON assume giving out rewards, to a limited extent. One of the elected Super Representatives, Skypeople, promises to give away two percent of its profits as awards as a block producer. It also promises to distribute special rewards during the voting period from July to Aug. 1.

These rewards are entirely permitted by TRON and will not be seen as dishonest kickbacks.

So far TRON is focused on creating the management system of the network. The platform remains of the projects, whose social media presence is the highest and its fame is going before its market price.