Alex Dovbnya
Tron’s Twitter hype is growing exponentially, and Justin Sun’s aggressive marketing campaign might be the main catalyst for the growth 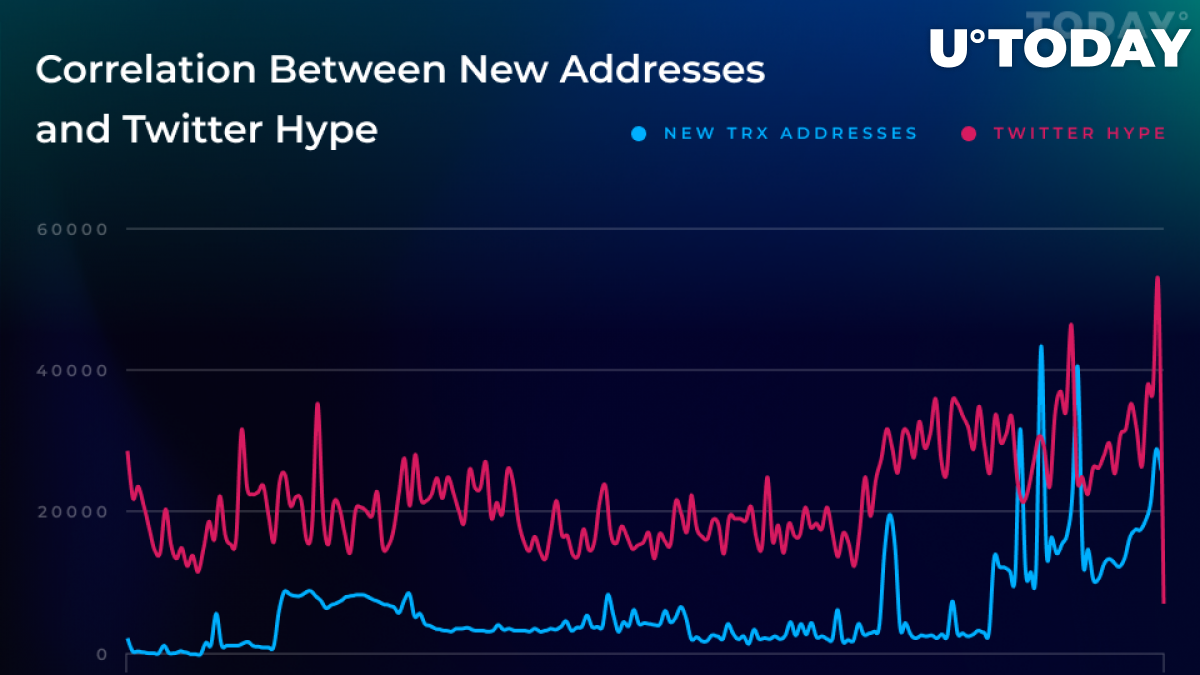 According to recent data published by cryptocurrency-oriented research platform DataLight, the number of TRX Twitter mentions reached a brand-new peak on Jan. 9. Tron has been on a roll recently with a slew of announcements that were also spiced up by some controversies.

DataLight has been tracking Tron Twitter mentions since Jun. 25, 2018. Jan. 9 turned out to be historic for the community given that Tron managed to accumulate a whopping 52,722 mentions. The previous record, which has been recently shattered, was set on Dec. 24 with 46,523 mentions. As U.Today reported earlier, that was also the day when the network hit an important milestone: 1 mln user addresses.

Is there a pattern?

There is a rather distinguishable pattern – the peak of Twitter activity corresponds to a huge influx of new addresses. For instance, the Tron network recorded 41,133 new addresses on Dec. 24 (the highest number since the beginning of the tracking period). Subsequently, it coincided with the peak of Twitter activity. Tron’s current Twitter hype peak was followed by 29,413 addresses that joined the network the day before.

Tron CEO Justin Sun is one of the most active crypto personalities on Twitter with more than 734,000 followers. While critics call his style ‘Trumpian’, he keeps celebrating every milestone, possibly contributing to the project’s success. Tron (TRX) is currently sitting at 9th place on CMC, having recently surpassed Bitcoin Cash offshoot Bitcoin SV.