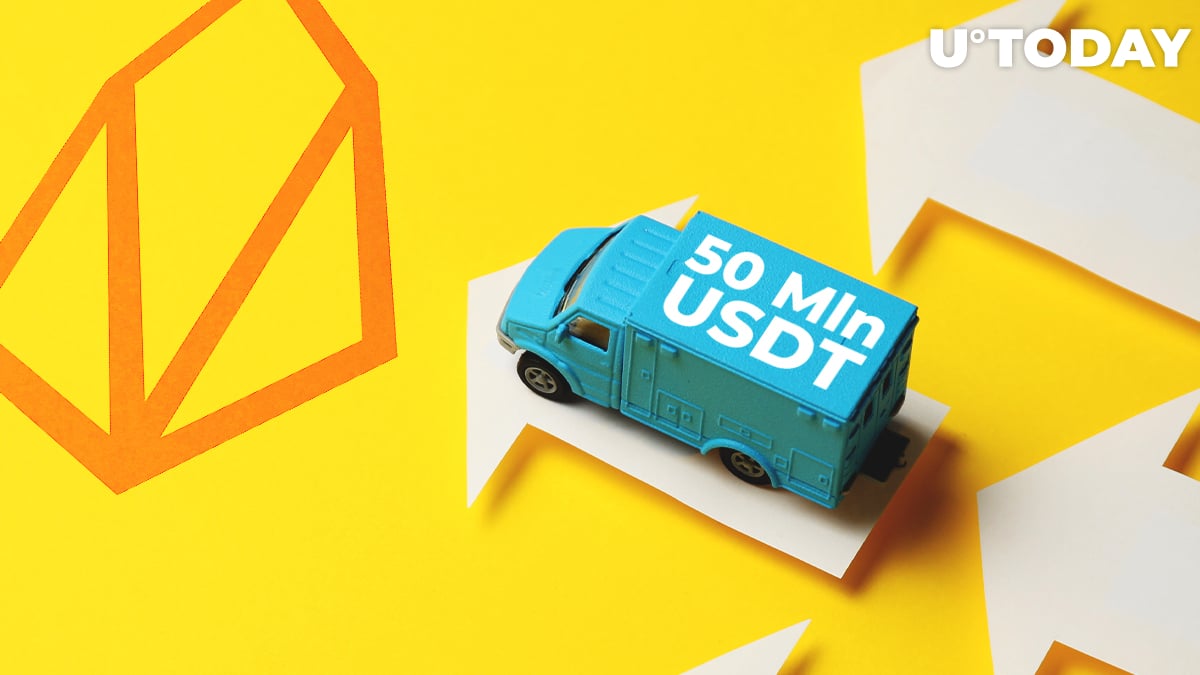 Tether, the issuer of the most popular dollar-pegged stablecoin, has made a swap of another USDT portion, moving it to the EOS.IO blockchain.

This is not the first time, Tether has issued USDT on EOS.IO recently and it has been gradually increasing the amount – 50 mln USDT this time.

Another 50 mln USDT issued on EOS

In a recent tweet, Tether CTO Paolo Ardoino (who is also the CTO at Bitfinex) has told the community about another 50 mln USDT swapped to EOS.

Prior to that two other USDT portions were swapped to EOS – 10 mln on August 29 and 25 mln on September 04.

Later on, Ardoino commented that these swaps were quickly absorbed by the EOS ecosystem and that Tether was eager to swap more USDT if the stablecoins were actively used.

On September 4, after the news of the USDT transferred to EOS, the coin surged a whopping 26 percent.

EOS is still behind Tron and Ethereum

Still, EOS comes fourth on the list of the platforms where USDT is circulating.

No active use of USDT on OMG Network yet

On June 1, Tether tweeted that USDT would be soon also launched on OMG Network.

However, as per Paolo Ardoino, OMG community does not have many projects that could actively use OMG-USDT yet.

“It's now up to the $OMG community to get more projects using it. Bitfinex opened the path for everyone.”