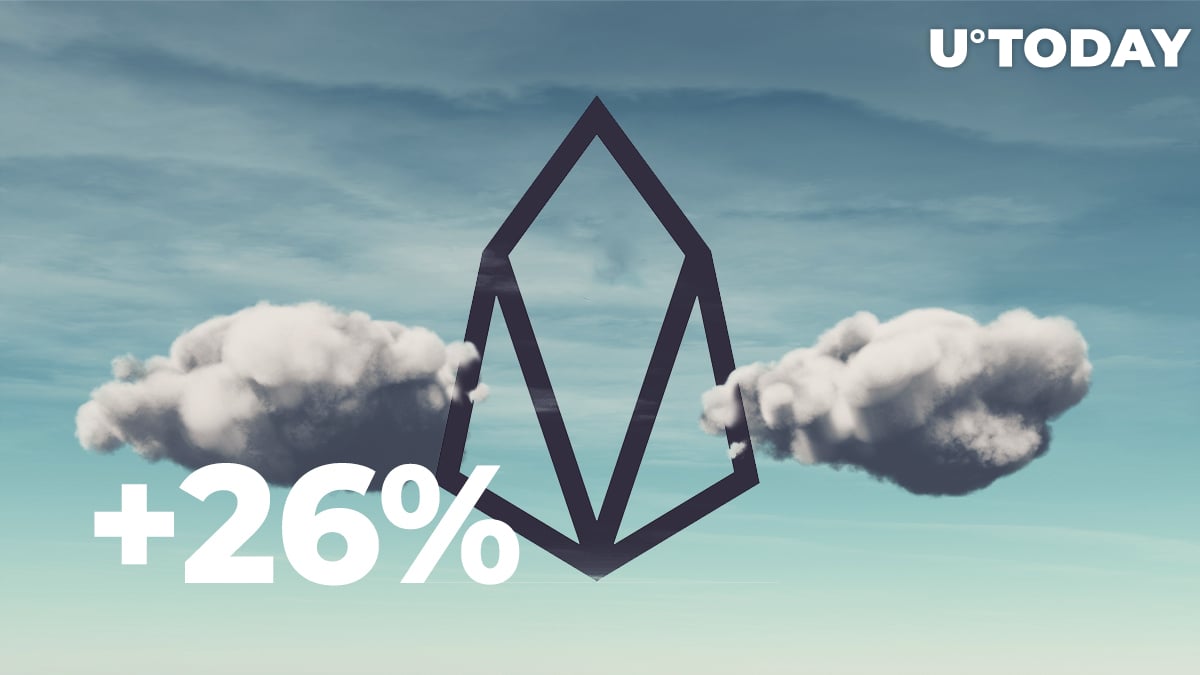 This coincided with EOS surging over 25 percent over the last 24 hours, leading the broader relief rally.

Tether is warming up to EOS

The USDT stablecoin first became available on the EOS blockchain (EOSIO) back in May 2019 as a result of a partnership with developer house Block.one. The Tether-EOS smart contract was peer-reviewed by Canadian block producer EOS Canada.

This came shortly after Tether introduced a Tron-based version of its dollar-pegged cryptocurrency in the same month.

Unlike Tron, EOS has failed to gain significant traction, currently accounting for a pitiful $15 mln of all USDT tokens (only 0.1 percent of the total circulating supply).

The 25 mln swap, while being relatively insignificant, indicates that Tether might be done kicking the tires of the EOS blockchain.

Less performant platforms have quickly hit practical scalability and performance limits, but have acted as a functional Testnet for a wide range of DeFi models. Welcome to EOS's unrivaled performance, developer friendliness, and token-holder empowerment.

EOS—which became the 4th biggest cryptocurrency in April 2018—has been mostly on the sidelines throughout 2020.

The cryptocurrency that was on everyone's lips in early 2018 was recently surpassed by Tron in terms of market capitalization following the launch of JustSwap DEX.

Now, Block.one is becoming increasingly focused on stealing Ethereum's DeFi lunch, but it remains to be seen whether it will have the second-move advantage.