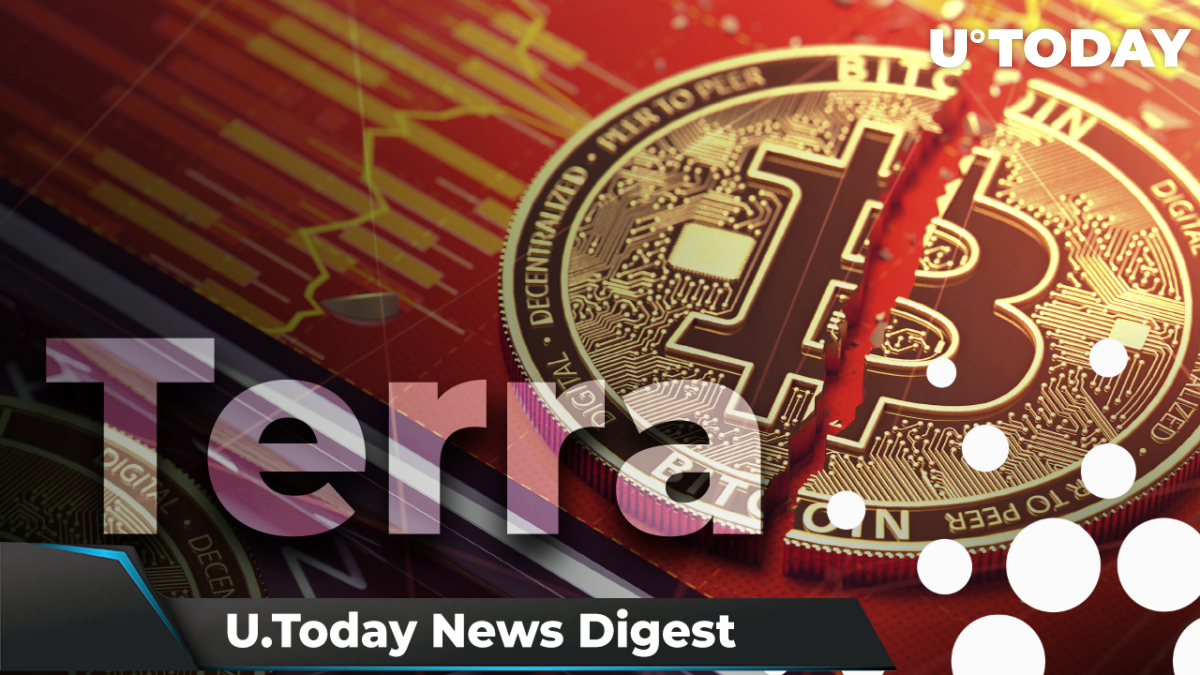 According to CoinMarketCap, yesterday, Terra’s native staking token, LUNA, managed to reach a new ATH of $64.87. This price surge has led to LUNA’s market cap surpassing $25 billion, making it worth more than that of Shiba Inu. The two tokens are in 11th and 13th places, respectively, on CoinMarketCap. At the moment, LUNA is changing hands at $67.30.

Louis Navellier, Navellier & Associates founder, claims that Bitcoin might face an 80% correction. According to a famous money manager, the main hurdle for BTC would be the U.S. Federal Reserve's tapering off of its bond purchase program. Over the past two weeks, Bitcoin has been range-bound, failing to gain traction over the $59,000 resistance level seven times. If the flagship crypto continues sliding lower, Navellier believes that it could end by forming a scary double-top pattern. This would not be new for Bitcoin: in December 2018, it recorded an 84.5% correction from its previous bull market peak of roughly $20,000.

Yesterday, an anonymous whale moved 150 million XRP coins worth approximately $150 million from Binance exchange to an unknown wallet that is currently holding 150 million coins. This is the first large transaction made by this wallet - previously, its transactions were worth about $20-$30. It seems that the price of the Ripple-affiliated cryptocurrency does not consider the movement of major funds; XRP slipped below $0.98, losing 1.2% of its value.

According to on-chain data, the price of ADA, Cardano’s native token, has spiked 15%. This happened in the wake of the MonoX hack. On Wednesday, a hacker stole $31 million from the blockchain firm with the help of a bug in its software, which allowed him or her to inflate the price of the MONO token and then use it to cash out all the other deposited tokens. IOHK CEO Charles Hoskinson commented on the situation, saying that this is why Plutus was written for Cardano.

Someone lost $50 million in BTC to DeFi hacker

As a result of a nasty front-end attack, a hacker drained about $100 million from Badger DAO, a Bitcoin-focused DeFi project. One of its most unfortunate users has lost $50 million worth of Bitcoin. The hack happened just days before the yield vault protocol's one-year anniversary. According to CoinGecko data, BADGER, the native token of the Badger DAO project, dropped 15.3% on the news.