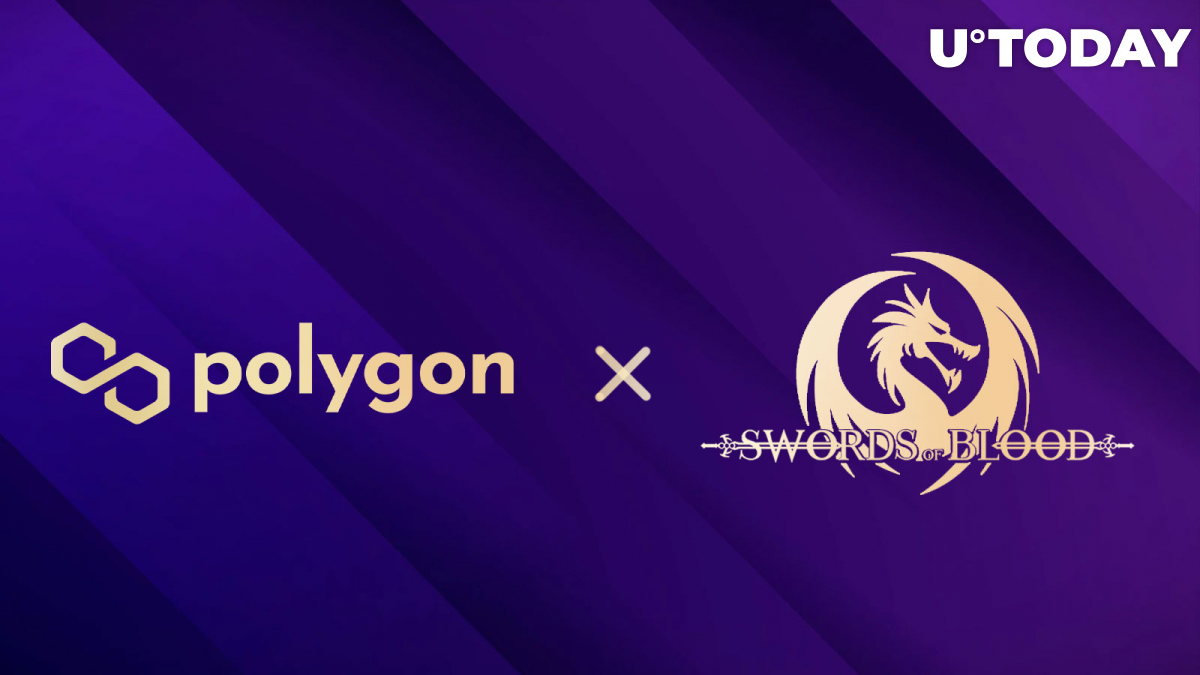 Fresh funds will supercharge the next stages in the technical and marketing progress of a game that introduces leading Web2 practices to a Web3 audience and cryptocurrency holders.

According to the official announcement shared by the team of Swords of Blood, a AAA hack-and-slash and win-to-earn RPG, it is now building on Polygon Network (MATIC), the fastest and most resource-efficient EVM-compatible blockchain.

It is of paramount importance for the UX of Swords of Blood players: with extremely low fees, players do not have to worry any longer about the right moment to buy and sell NFTs. With the Stardust wallet and SphereOne multi-chain service, Swords of Blood users can interact with the game seamlessly.

Urvit Goel, VP and head of global games and platform BD at Polygon Studios, is excited by the opportunities Polygon unlocks for Swords of Blood and its players:

We are confident that Polygon's high speeds combined with low transaction fees are a great fit for high quality games such as Swords of Blood, and we are excited to collaborate with Hitbox Games to offer gamers around the world the most convenient and accessible framework possible. This Web3-native approach guarantees that players will always retain full control over their in-game items without needless complexities and roadblocks, allowing them to fully focus on Swords of Blood’s engaging gameplay and story.

Also, the game has successfully completed its seed funding round. A total of $1,600,000 was secured from a clutch of heavy-hitting VCs led by Fundamental Labs, Gate.io Labs, Master Ventures and other VC heavyweights that backed Swords of Blood in its funding efforts.

Right now, its private funding round is underway. The team is going to secure additional funding of $600,000 to fuel next phases of its development and promotional strategies.

Swords of Blood is promoted as the first AAA-quality fast-paced hack-and-slash RPG game in the fast-growing blockchain segment. The game is developed by key figureheads of the legendary mobile-first RPG Blade Bound. The framework of Swords of Blood is literally a successor of the Bladebound title, with its 4+ million combined downloads in Google Play and the App Store:

Bladebound license is retained by Hitbox Games SVG LLC. The team decided to re-introduce the popular title as a blockchain-centric MMORPG.

The game’s mission is to introduce leading Web2 free-to-play designs and practices to the next generation of Web3 users via cutting-edge, inclusive and democratic tokenomic concepts.

Introducing play-to-own and win-to-earn concepts to Web3: What’s new in Swords of Blood?

The development of Swords of Blood is helmed by James Seaman, a star game designer with over 35 years of experience and Mariusz Szynalik, veteran of Hit Box Games. The team also features the leading developers that created Sim City 2000, The Sims, Myst, Riven, Exile, Carmen San Diego, Warlords, Prince of Persia, Rainbow Six and so on.

Mr. Seaman is excited by the innovative mission of his game, its immersive design and captivating plot:

We designed Swords of Blood as a free-to-play RPG with seamless blockchain integration created for mass adoption by Web2 and Web3 players. Just download and play. There’s no need to buy any NFT or connect your existing wallet. The game is Free-To-Play and a custodial wallet is created with your game account. You can buy SWDTKN without leaving the game and spend tokens to purchase in-game items

The play-to-own and win-to-earn approaches are among the most prominent innovations of Swords of Blood’s design; it is poised to replace the play-to-earn approach with all of its fundamental flaws. In play-to-own (P2O) games, e-sports pros and newbies can unlock special upgrades, craft weapons and earn currency that can be exchanged for fiat money immediately. Also, the platform allows customers to participate in tournaments and multiplayer modes to wind SWDTKN.

Instead of earning in-game currencies, gamers can monetize their skills and contributions in a more sustainable and profitable manner.

Also, Swords of Blood pushes the barriers of GameFi innovation by introducing smooth game play and immersive storytelling and merging the benefits of PvP and PvE gaming modes.

Non-fungible token sale and beta launch to kick off in Q4, 2022

Also, in Q4, 2022, the game team shared an ambitious roadmap for the next three quarters. First of all, its core native cryptocurrency asset, SWDTKN, will be listed by major CEXes and DEXes and added to the tracking modules of CoinGecko and CoinMarketCap portals, the two largest cryptocurrency websites. The game is going to be launched on Polygon (MATIC), the fastest EVM-compatible blockchain.

In early 2023, the Swords of Blood team will implement a multiplayer experience and activate cross-chain support. But the launch of its own NFT marketplace - which will be available both in web interface and mobile applications - is the most impressive milestone for Swords of Blood in the coming months.

Also, the team is getting closer to the release of the main gameplay of Swords of Blood in public beta testing mode. For further announcements, enthusiasts should follow the project’s Discord: https://discord.gg/swordsofblood.