Some Highlights From Nouriel Roubini’s Fiery Testimony In Senate 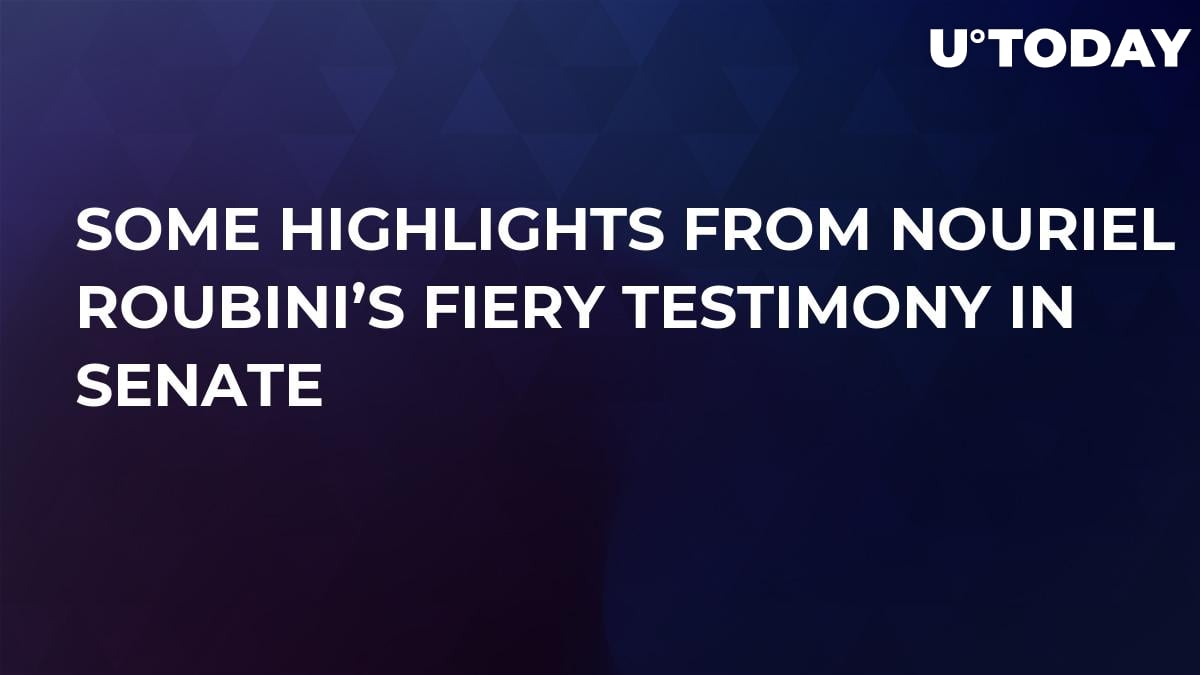 Sh*tcoins and mother of all bubbles

Roubini started with stating that “Bitcoin and other cryptocurrencies represent the mother of all bubbles.” He then used the term “sh*tcoins” referring to alt-coins.

“And a 70% capital loss was a “good” deal compared to thousands of alt-coins (otherwise better known as s*itcoins) that have lost on average 95% of their value since the peak. Actually calling this useless vaporware garbage a ‘s*itcoin’ is a grave insult to manure that is a most useful, precious and productive good as a fertilizer in agriculture.”

He later apologized for using the term, stating, however, that “the term is standard in the crypto jargon and there are more than 500000 references to it in Google search.”

ICOs and the modern Stone Age

Later, Roubini said that ICOs are a return to the Stone Age and not a bright future of crowdfunding.

“That is precisely where the ICO charlatans would effectively take us – not to the futuristic world of ‘The Jetsons,’ but to the modern Stone Age world – that is worse than ‘The Flintstones’ – who at least used clam shells as their money and understood the importance of a single numeraire – where all transactions occur through the barter of different tokens or goods. It is time to recognize their utopian rhetoric for what it is: self-serving nonsense meant to separate credulous investors from their hard-earned savings.”

Related
Vitalik Responds to Accusations of Stealing Most of Ether, Shows His Crypto Balance

In addition to his earlier assaults at Bitcoin, such as saying it is more centralized than North Korea, Roubini argued it is worse than Excel spreadsheet.

“It is high time to end the hype. Bitcoin is a slow, energy-inefficient dinosaur that will never be able to process transactions as quickly or inexpensively as an Excel spreadsheet.”

Biggest scam of all

Stablecoins were described as the “biggest scam of all,” particularly noting the failure to run a full audit of Tether (USDT), the largest of them.

“And the biggest scam of all is the case of ‘stable coins’ – starting with Tether – that claimed to be pegged one to one to the US dollar but are not fully collateralized by an equal backing of true US dollars. Bitfinex – behind the scammy Tether – has persistently refused to be properly audited and its creation of fiat Tether has been systematically used to prop up manipulate upward the price of Bitcoin and other cryptocurrencies according to a recent academic paper.”

Cryptocurrency research and advocacy group Coin Center will also testify at the Senate hearing and will, undoubtedly, present a different opinion than that of Roubini.