Arman Shirinyan
Altcoins are rallying up following recovery of Bitcoin and spike above $22,000 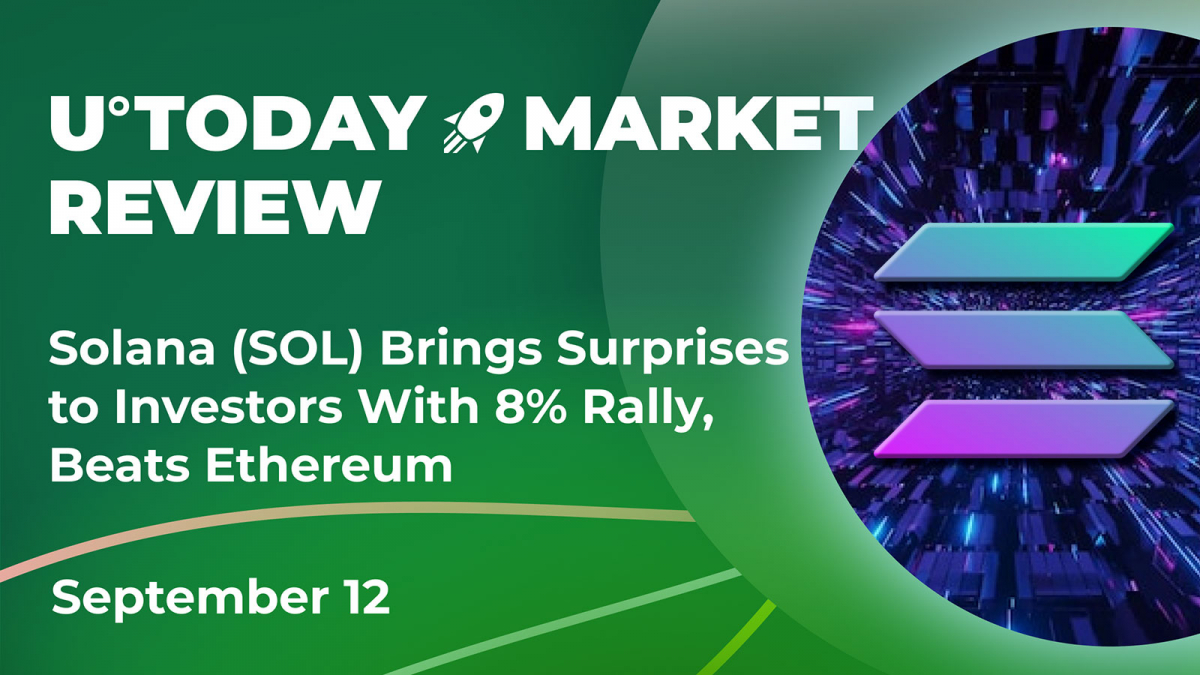 Bitcoin's jump above $22,000 was a pleasant surprise few have been expecting after tumbling below the $20,000 threshold. The recovery of the first cryptocurrency caused positive price performance on assets like Solana, Aave and crypto-related stocks. However, last week's market leader, Ethereum, is struggling for the second day in a row.

Despite the price performance of the second biggest cryptocurrency on the market we saw in the last week, today Ethereum is not catching up with other digital assets like Bitcoin or even Solana.

In the last 24 hours, Ethereum's value decreased by almost 2%, which might be a result of oversaturation caused by the widespread coverage and discussion of the Merge update and the potential effect it will have on the cryptocurrency market and Ether.

With the event itself coming closer, investors are holding back their funds and most likely will not provide any inflows to the asset until the transition to PoS is done successfully and the network starts functioning normally once again.

According to on-chain data, Ethereum Merge will happen in the next two days, and Ethereum will no longer be available for mining. As for price performance, the trading volume of Ether is at extreme lows and will most likely remain the same until the update.

Bitcoin's rally has nothing to do with crypto

While at the beginning of the BTC recovery, it seemed like the recovery of the cryptocurrency industry in general was afoot, the DXY chart suggests that the movements we are seeing today are fueled by the sudden reversal of the U.S. dollar against foreign currencies.

Related
El Salvador's Bitcoin Portfolio Hits $54 Million in Losses, Here's When It Can Return to Profit

The main reason might be purely technical, as every financial asset in the world needs a correction after the rally in order to continue moving forward. The next rate hike will most likely become a catalyst for another move upwards, which will push the price of Bitcoin back to the lower part of the price range.

Unexpectedly, Solana ended up being one of the most profitable assets during this market recovery, and the reason remains undisclosed. The asset has gained around 8% to its value in the last 24 hours, while similar coins like Cardano and Ethereum are struggling to show similar results.

One of the reasons behind the unexpected rally could be tied to the migration of investors from Ethereum to alternative networks ahead of the Merge update, which might bring some technical issues to the second biggest ecosystem in the industry.

At press time, Solana is trading at $38 and showing around 7% of daily growth. The local resistance level of the 50-day moving average has not been broken yet.