Alex Dovbnya
?‍???US cryptocurrency users are encouraged to ramp up their security as they become targeted by SIM-swappers en masse? ? 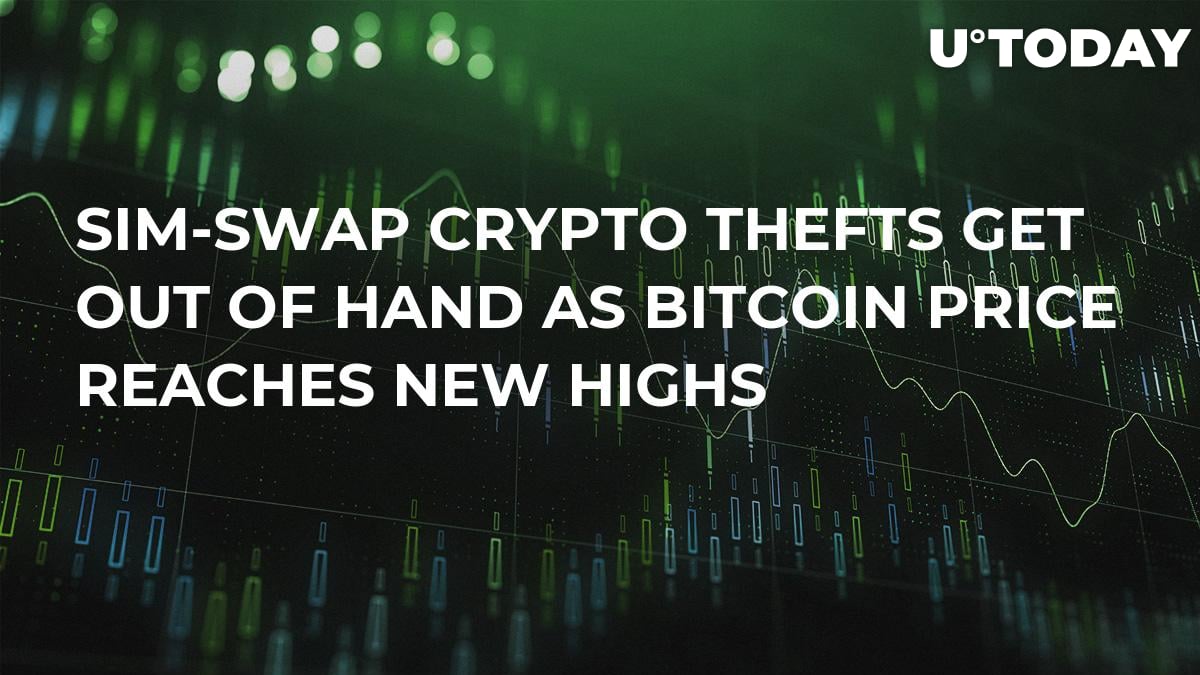 According to ZDNet, US-based cryptocurrency holders fell victim to SIM-swapping (the practice of changing one’s SIM card for circumventing 2FA) over the past few weeks.

That coincided with cryptocurrency hitting the $9,000 mark, its highest price since May 2019.

The crackdown on SIM-swappers

SIM swapping is nothing new, but the focus of scammers has recently shifted specifically to cryptocurrency owners. Potential victims can store all their savings on cryptocurrency exchanges, naively thinking that 2FA is a surefire way to protect them from scammers.

These attacks, of course, weren’t left unnoticed. Earlier, U.Today shed light on numerous SIM-swapping cases. Joel Ortiz, the hacker who stole a whopping $5 mln, was sentenced to 10 years in jail back in February.

The first conviction of such kind was supposed to be a cautionary tale for bad actors, which explains why SIM-swapping hacks went down during the first half of the year.

A new wave of attacks

The situation drastically changed over the past few weeks with numerous Twitter users claiming that their funds had been stolen due to SIM jacking.

That’s at least 15 of us in the crypto community in the last week.

Earlier, some of them even suggested that the attacks were an inside job.

I haven't gone public yet but I had three on me personally in the past week. Submitted an FBI report. All sign point to an inside job at the cell company. Phone records were wiped clean for an entire day and "recorded for quality and training purposes" settings were turned off.

As reported by U.Today, AT&T, the first US phone carrier to start accepting Bitcoin, was taken to federal court by a victim of SIM-swapping who believes that the telecommunication giant perpetrated the attack.