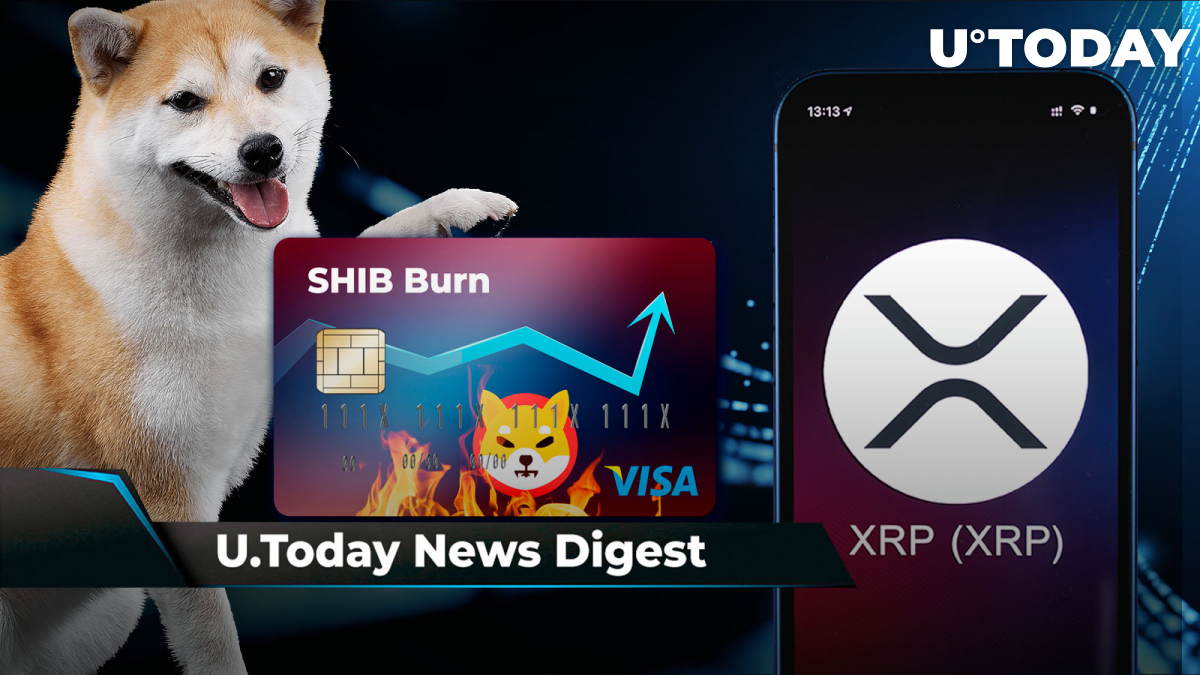 According to a post from July 25, NOWPayments, a Shiba Inu payment gateway, featured a Mass Payments tool, which facilitates the process of paying crypto wages. Thanks to the new tool, businesses get the opportunity to integrate SHIB salaries and other types of bulk Shiba payments. The process of paying salaries via Mass Payments is simple; essentially, it only takes creating a NOWPayments account and going through several identification procedures. After that, an employer can create a “mass payout,” upload wallet addresses and the salaries will be paid automatically. Meanwhile, according to the Shibburn website, the burn rate of Shiba Inu has seen a positive increase of 65.98% over the past 24 hours.

On Monday, Ripple fintech giant announced a new partnership with FOMO Pay, one of the leading payment institutions in Singapore. Thanks to the partnership, FOMO Pay will be able to improve its treasury payments by leveraging Ripple’s ODL technology and gaining constant access to liquidity for the euro and the U.S. dollar. Prior to partnering with Ripple, the company had to use inefficient payment methods, in which funds would take up to several days to reach destination accounts. Louis Liu, CEO at FOMO Pay, says that the company will now be able to conduct affordable and nearly instantaneous settlements.

On Sunday, July 25, the Shibburn Twitter account made an announcement about the upcoming SHIB Burn Visa Card, which is going to burn a small amount of tokens every time a user makes a payment. The announcement fueled the ongoing 200% burn rate rally, which resulted in 144 million SHIB tokens being destroyed yesterday. Constant burn events for Shiba Inu remain one of the best and most efficient tools for supporting the cryptocurrency on the market. At press time, SHIB is changing hands at $0.00001 and currently consolidating at the lower border of the aforementioned channel.

In response to recent news that the SEC started investigating Coinbase for trading “unregistered securities,” CryptoLaw firm founder John Deaton wrote an angry post on his official Twitter page. In this post, he reminded everyone that four years ago, Coinbase was allowed to IPO, having XRP and other "now under investigation" tokens. However, despite this, the SEC still opened the case against the exchange. Deaton believes that the regulator’s actions, which began back with the XRP case, have been a declaration of war against the crypto community. No matter what you think of Coinbase and its CEO Brian Armstrong, says Deaton, this is not how regulation works.