Valeria Blokhina
Read U.Today’s news digest to find out what happened in the world of crypto over the weekend! 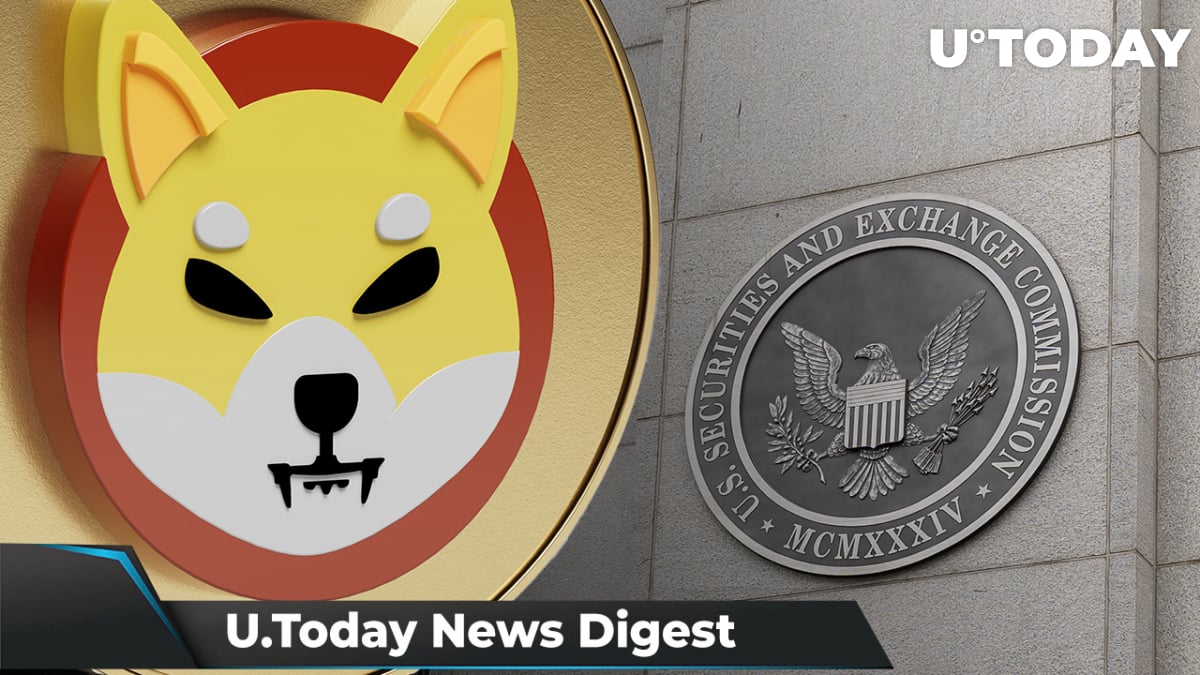 You can now burn SHIB to generate passive income

Crypto investors owning the Shiba Inu meme token can now get an additional profit thanks to a recently introduced service - a burn portal. According to the official announcement, the burn portal will help holders generate passive income by burning SHIB. Destroying canine coins makes them more scarce, which can potentially boost their price. Contributors to reducing the SHIB supply will be able to receive rewards in the form of burntSHIB tokens. Their owners will receive roughly 0.5% of all conducted transactions.

According to the tweets posted by the Whale Alert crypto tracking bot, Ripple fintech giant and unknown wallets transferred three chunks of XRP, carrying a total of 512.1 million XRP worth roughly $370 million. The San Francisco-based company moved 50 million XRP to its reserve wallet RL18-VN, while the wallets shifted 226,439,980 and 235,725,280 XRP. Despite being tagged as “unknown” by Whale Alert, the sender and the receiver were detected by Bithomp data platform: in both cases, it was the Uphold crypto exchange.

In his recent thread, Ripple Labs’ general counsel Stuart Alderoty explained why he believes that the SEC’s case against Ripple may be over next year. He pointed out the hard work of both Ripple and the court, which strive to bring the day of the resolution closer. However, the SEC is trying hard to delay the moment the legal case will come to an end. Alderoty also stated that the regulator never tried to shut down XRP trading in the US, but thanks to several crypto exchanges (Coinbase, Bittrex, etc) suspending it, the SEC achieved its goal. Ripple’s general counsel also drew attention to the fact of the crypto industry’s exodus in the US which was caused by the position the US authorities have taken against the crypto industry.

The chart provided by Santiment shows that Cardano has reached a point where ADA prices historically rise per the 30-day MVRV (Market Value to Realized Value) divergence. The asset’s average trading returns in the 30-day mid-term interval have fallen below -15%, suggesting oversold conditions. This, according to Santiment, is historically an MVRV level where ADA and many other altcoins see at least a short reversal in price to mitigate the losses mounting on networks.