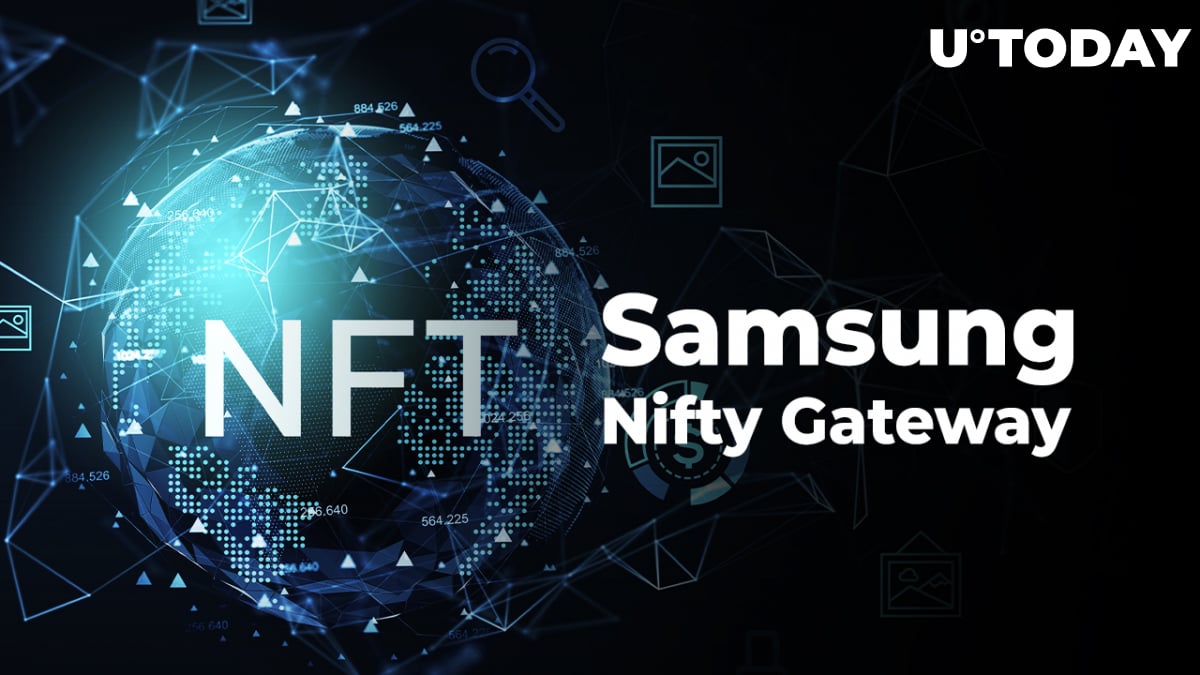 Nifty Gateway, which is owned by Gemini, has announced a collaboration with Samsung to create the first-ever smart TV NFT platform for exploring, purchasing and trading digital art and collectibles. Nifty Gateway is now integrated with Samsung's NFT platform in the latter's 2022 premium TV product lines, including QLED and Neo QLED TV.

As previously covered by U.Today, Samsung announced earlier in January that it was investing in non-fungible token (NFT) technology and that NFTs would be introduced into the company's TV products.

Samsung did not reveal many details at the time, other than the fact that it would be the first company to offer a smart television product line with NFT capabilities.

As stated then, users will be able to access the new platform on smart TV models MicroLed, Neo QLED and The Frame. Those will enable users to browse and buy non-fungible tokens. The "NFT Aggregation Platform" allows Samsung customers to preview NFTs from several digital markets, as well as see author names, DLT metadata and other information.

Now, months later, the electronics giant's recent partnership with the Gemini-owned Nifty Gateway NFT platform may strengthen its quest to join the virtual domain or Metaverse.

Samsung Electronics recently revealed its plans to dip its toes into the Metaverse properly, as previously reported. This decision was announced during a general meeting of shareholders. Other global commercial heavyweights like Visa, as well as well-known celebrities like Madonna, Justin Bieber and Eminem, are foraying into the NFT arena.

Madonna, the uncontested queen of pop, has announced her entry into the Metaverse by purchasing a Bored Ape non-fungible token on Instagram.

A bored-looking monkey wears a BDSM-inspired black leather cap on the NFT acquired by the megastar. The purchase is of a piece with the 63-year-old pop star's controversial songs and live performances.