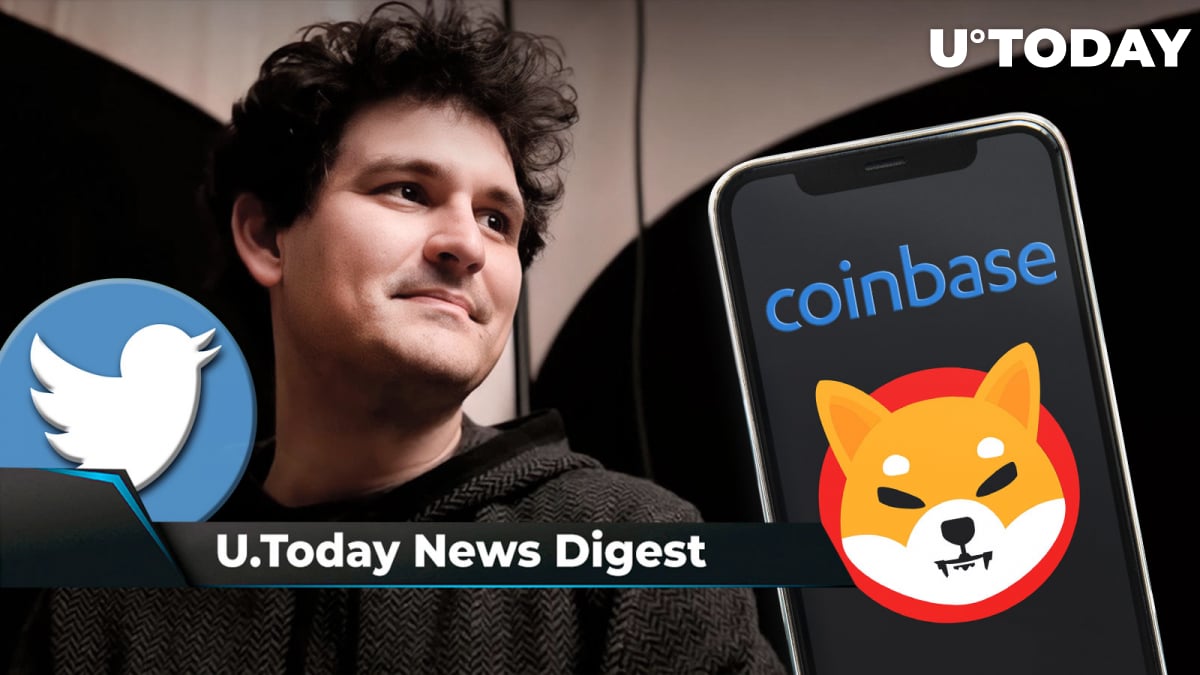 Has Ripple settled with SEC?

Yesterday, members of the XRP community watching Maria Bartiromo's show "Mornings with Maria" were surprised to see a chyron reading: "SEC VS. RIPPLE SETTLEMENT EXPECTED TOMORROW." The bombshell chyron appeared during an interview with Bitcoin advocate Natalie Brunell. Neither Bartiromo nor Brunell mentioned anything about the settlement part when discussing the Ripple case. Later that day, as shared by Fox Business journalist Eleanor Terrett, Ripple’s spokesperson denied the report about the fintech giant reaching a settlement with the regulator. As reported by U.Today, Ripple CEO Brad Garlinghouse said that the lawsuit was likely to end in the first half of 2023.

FTX CEO Sam Bankman-Fried puzzled his Twitter followers by posting the word “What,” which was followed by a tweet with the letter “H.” Some users suggested that Bankman-Fried’s account had been compromised, while others started posting low-quality jokes and memes in response. Renato Mariotti, former federal prosecutor, sarcastically commented that this is the smartest Twitter thread the FTX CEO has written in a week. Later on, Bankman-Fried started adding one letter to his thread every two to three hours, slowly turning it into the question “What HAPPENED.” In the next tweet, he added that everything written above is neither legal nor financial advice. At the moment of writing, the FTX CEO has added another post, saying he “will get to what happened,” hinting at explaining the situation with his exchange.

According to data shared by @shibaplay_ Twitter user, yesterday, two anonymous wallets sent around 1.12 trillion SHIB to two leading crypto exchanges. The transactions carried 1,060,594,914,048 and 121,823,678,713 SHIB worth $9,693,837 and $1,123,214. The funds were sent to Coinbase and OKEx to be sold. Meanwhile, the price of Shiba Inu has come close to the lows of 2022, when the price hit $0.00000793 earlier this year. At the time of writing, SHIB is changing hands at $0.000009219, per CoinMarketCap. The reason behind the meme coin’s price drop and the movement of coins is the collapse of the FTX crypto trading giant, as its founder, Sam Bankman-Fried, declared the exchange and its affiliated company Alameda Research's insolvency, submitting the necessary papers to regulators.

CoinShares' weekly fund flow report shows a significant change in the sentiment of XRP investors who sent more than $1 million into XRP-oriented investment products the week before. Per the report, there have been no inflows into the same products in the past week. At the same time, no outflows were noticed either. Such investor behavior could be described as mixed sentiment. On the one hand, there is still some hope that the Ripple-SEC case will end in favor of the crypto sector and, in particular, XRP. On the other hand, during this period, another crypto company, LBRY, failed in its fight against the regulator, when the LBC token and its sale were recognized as transactions in unregistered securities.