Ripple CTO Explains How Crypto Millionaires Will Be Made, Vitalik Buterin Says “Something Important” Will Happen Soon, XRP Is Closer to Beginning: Crypto News Digest by U.Today 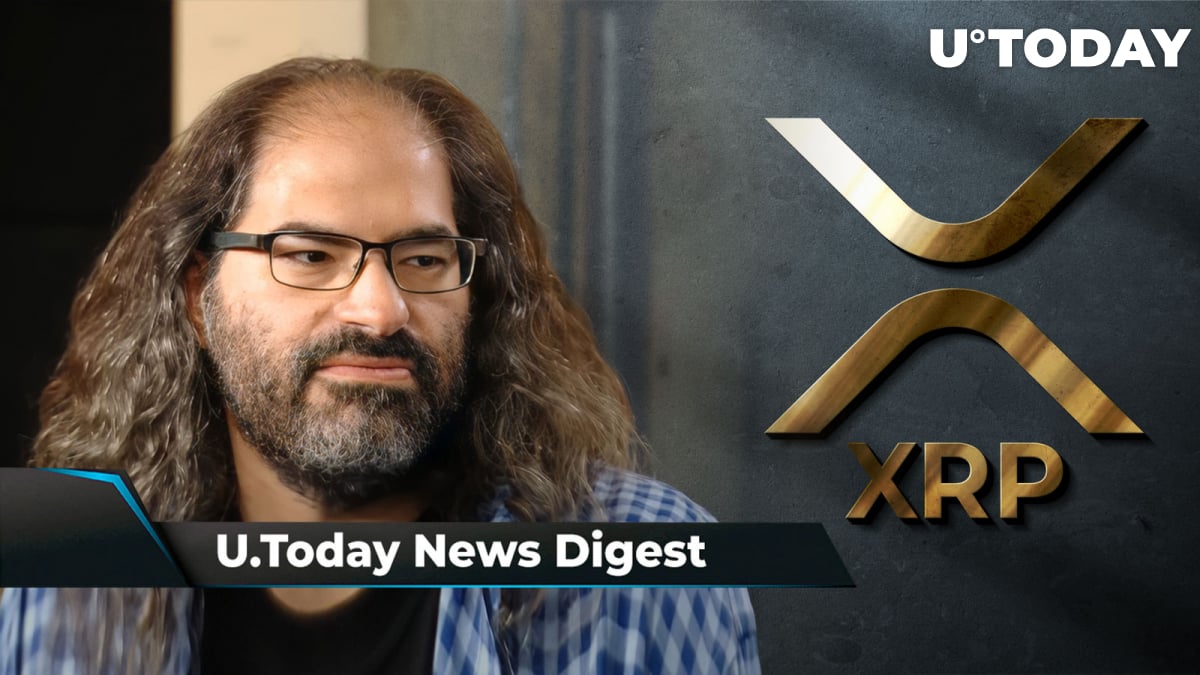 Former U.S. congressional candidate and crypto influencer David Gokhshtein has taken to Twitter to share his opinion on what the market is going to see in the near future. According to him, in the next few months, “millionaires will be made.” Ripple CTO David Schwartz has responded to Gokhshtein’s tweet with black irony, saying that these millionaires "will be made out of billionaires." This appears to be a possible scenario, considering Bitcoin’s recent nosedive below the $16,000 level for the first time since early 2020 following the FTX collapse that severely damaged the cryptocurrency market.

Related
Ripple CTO Says He Could Have Been Part of "Satoshi," Here's What Happened

Ethereum's Vitalik Buterin: "Something important is about to happen"

Vitalik Buterin, co-founder of Ethereum, has recently puzzled the cryptocurrency community with a cryptic tweet. There, Buterin stated that based on what he heard "through the grapevine," "something important" is about to happen. However, the Canadian programmer did not go into much detail, leaving his followers to wonder what he meant by that. Buterin then added: "Please recognize the fact that my elite social connections to people who are early to know things make me cool, and please help me validate my self-image of coolness." This made the crypto community struggle to figure out whether Buterin was trolling or actually telling the truth. Some suggested that he was mocking Paul Graham’s doom-laden tweet.

XRP is closer to beginning, US producer E-Smitty predicts

U.S. record producer Eric Finnerud, also known as E-Smitty, has recently addressed XRP enthusiasts on his Twitter page, saying that the Ripple-affiliated token is closer to its beginning than its end. Previously, he predicted that the XRP price would not only hit $1,000 but would reach five digits. This comes as Ripple continues its expansion in the world and is currently working on scaling into the EU market, despite many market watchers saying that there are more collapses ahead following the FTX crash. Additionally, Ripple also reported ODL expansion into nearly 40 payout markets around the world, or nearly 90% of the FX market.

Per WhaleStats’ data, over the weekend, the amount of SHIB held in the top 100 addresses have shed roughly $2 million worth of SHIB, or 231,481,481,481 meme coins at the current exchange rate. At the moment, whales are holding $68,301,754 in SHIB, which is 3.08% of whales' comprised portfolio. Meanwhile, Shibburn, a popular SHIB-focused website, announced that, yesterday, Shiba Inu’s burn rate spiked by a whopping 506.61%. This increase in the SHIB burn rate amounts to 31,076,547 meme tokens sent to a dead-end wallet over the past day. From that amount, 26,772,703 Shiba Inu were removed from the circulating supply in a single transaction.