Alex Dovbnya
While everyone tries to get to the bottom of the QuadrigaCX story, top Canadian law firms see an opportunity to capitalize on 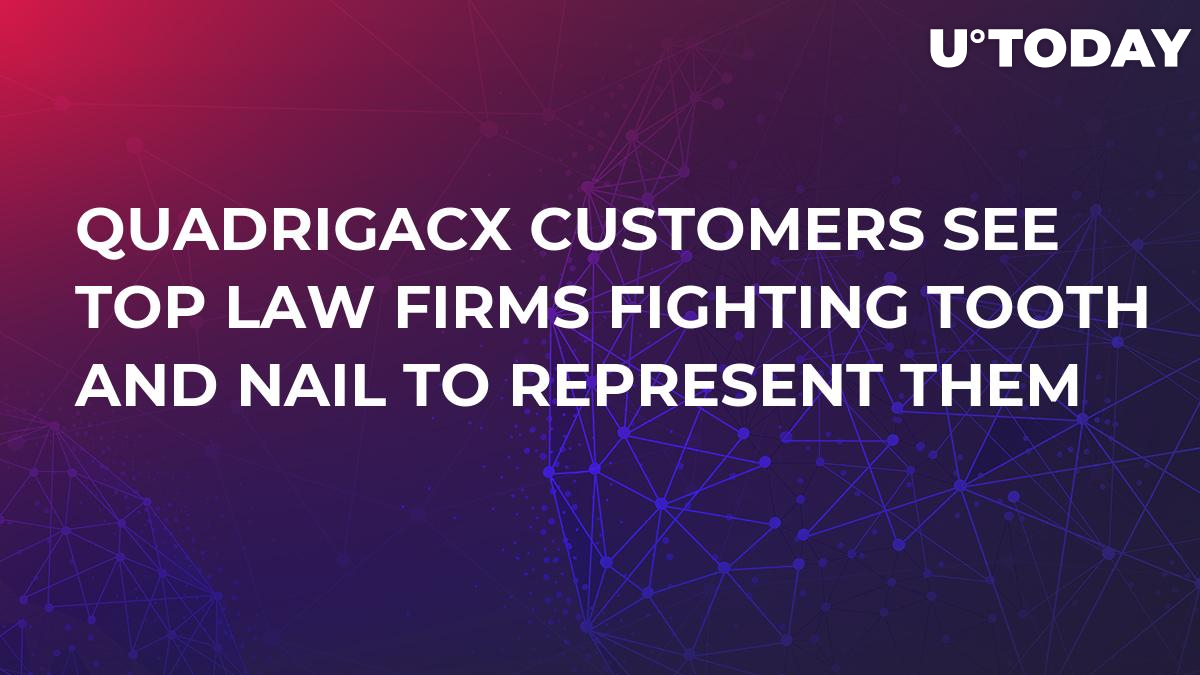 The upcoming Valentine’s Day is going to be very special for 115,000 victims of the QuadrigaCX disaster. Nova Scotia Supreme Court will hear the matter on Feb. 14, and top Canadian law firms are competing for a place in the courtroom, Bloomberg reports.

An enticing piece of the $190 mln mystery

Such law companies as Osler, Bennett Jones, and McInnes Cooper were among the first who offered a helping hand to those whose funds have been frozen due to the unexpected death of Gerald Cotton, the CEO of QuadrigaCX. Other competitors also stepped up their game by submitting their own requests ahead of the forthcoming court hearing. These firms are eyeing a large slice of administrative fees.

Osler will represent software consultant Richard Kagerer who lost $19,900 after the shutdown. Notably,  Kagerer was a customer of the infamous Mt. Gox exchange, and he also had to file claims in court a few years ago after another Canadian exchange failed him.

Not a good look for the crypto industry

The QuadrigaCX has become one of the major crypto-related stories of 2019 after more than getting wide coverage in all major news outlets. Former BitTorrent employee Tong Zhou lost $422,000 after failing to withdraw funds, which was followed by a job offer from Tron CEO Justin Sun. Overall, more than $190 mln worth of cryptocurrency has been stuck in the exchange’s inaccessible cold wallet. On Feb. 5, QuadrigaCX was granted temporary legal protection by the Halifax court.