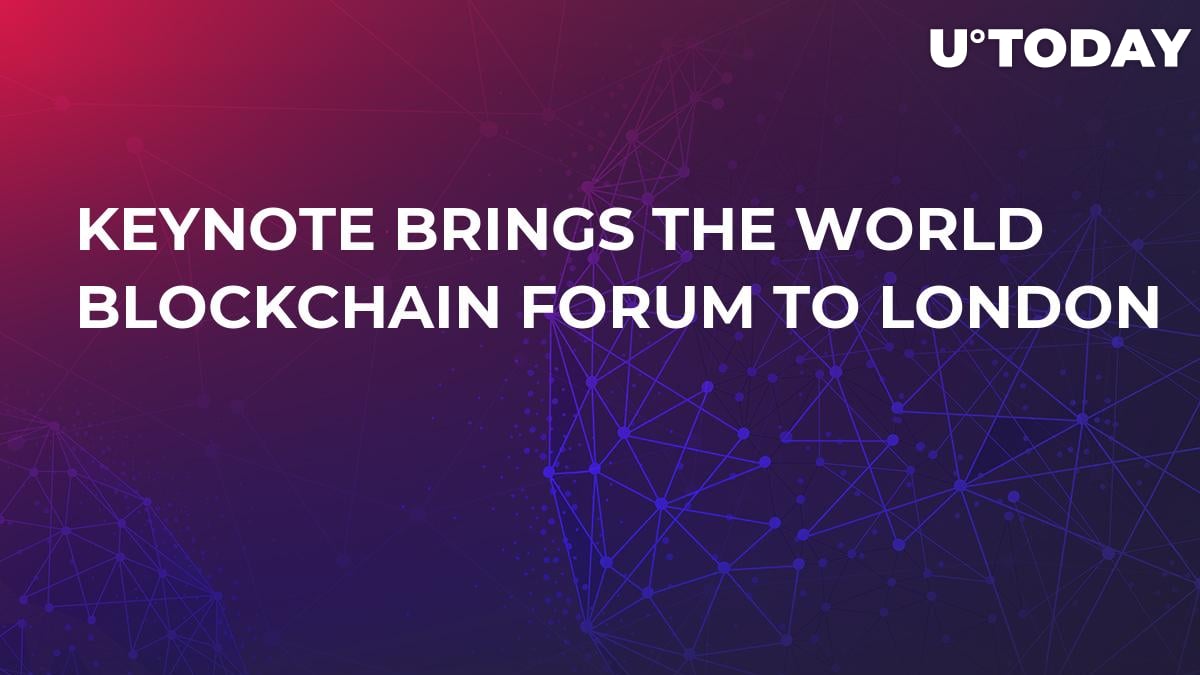 Keynote is excited to announce the program agenda for their next endeavour, the world’s largest two-day blockchain coming to London this September. The conference will feature a star-studded lineup of over 100 world class presenters including a special fireside chat with influencers who have been part of some of the largest ICOs to date. The focus is on blockchain technology; specifically investments, successful past and future ICOs within the industry, legal implications and regulations, and how decentralization is disrupting the banking industry.

The World Blockchain Forum serves as a learning guide for, not only the technical tools of investing such as Bitcoin and Ethereum, but also as a stepping stone to wise investing. The conference will showcase the latest innovations in the blockchain industry, and curate conversations between the world’s leading pioneers and experts about the promise and future of blockchain.

A full list of confirmed speakers and the agenda can be found here .

As part of the World Blockchain Forum London Keynote is thrilled to announce the launch of a new $6 million fund dedicated to supporting diversity and inclusion in the blockchain industry. The Keynote fund will ensure people from all fields are invited to play an active role in the development and evolution of the expanding industry.

“Digital currencies and blockchain, are intended to be democratizing and equalising. Blockchain and cryptocurrency industries are looking to create work opportunities in a number of fields, and it’s really important the industry is representative of the global population. Diversity is the basis for collective achievement, and we therefore need more people to join the blockchain conversation.”

Keynote is committed to providing a platform that will support and showcase diverse projects and innovations, to ensure everyone is given an equal voice and opportunity to participate and succeed.

The World Blockchain Forum London runs from 3-5 September 2018 and tickets are available at london.keynote.ae/tickets.