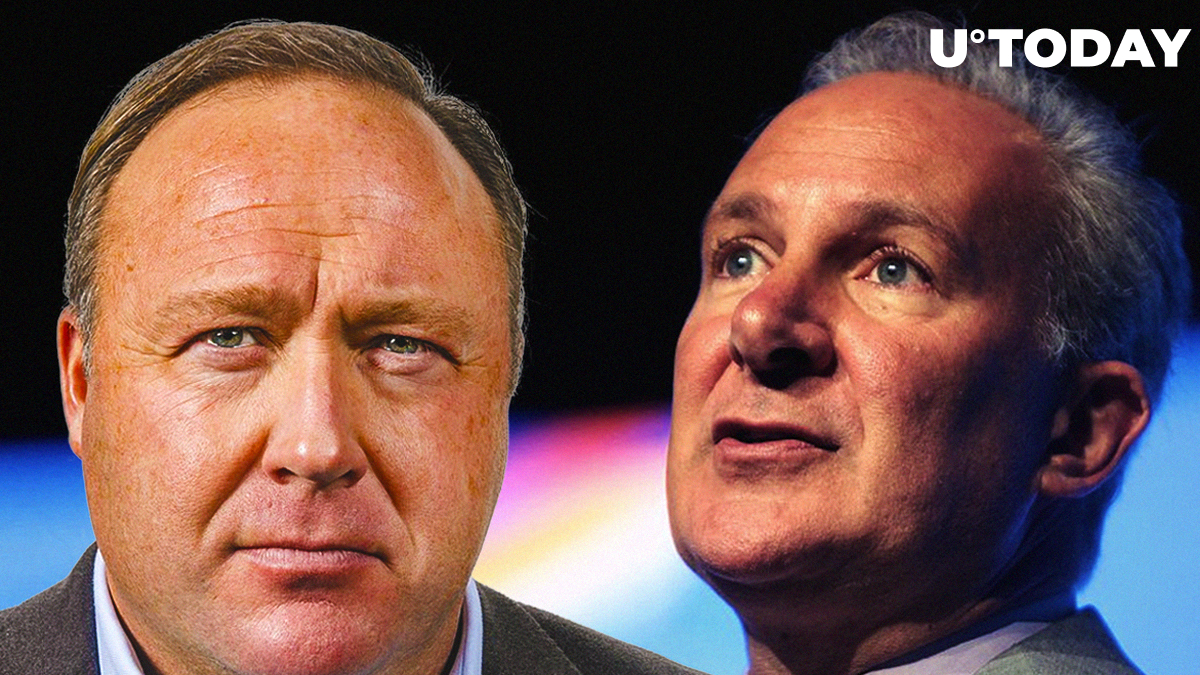 In his new tweet, Schiff says that Jones has finally capitulated by urging his viewers to buy BTC at $10,000.

Alex Jones has capitulated. After 10 years of watching the #Bitcoin bubble inflate, at $10,000 per coin he thinks now's the time to urge his listeners to buy. This is how manias end. Greed overwhelms reason as people once too sensible to buy join the party just as it's ending.

The end of the mania?

As reported by U.Today, Bitcoin evangelist Max Keiser recently visited the InfoWars headquarters where he officially made his $400,000 price prediction. According to Keiser, its current $9,600 price tag is still attractive given that the leading cryptocurrency has a lot of upside potential.

Schiff insists that Jones is already too late to the party while predicting that this mania could soon come to its end. He believes that Bitcoin doesn't fulfill any of the functions of actual money.

Keiser doesn't mince words when it comes to criticizing his fellow doomsayer Schiff. The two sparred back in November, with China's forthcoming cryptocurrency being their bone of contention.

Notably, both of them started talking about Bitcoin as early as in 2011. However, unlike Keiser, Schiff lacked the foresight to predict that BTC would end up becoming the best-performing asset of the decade and remained a stubborn bear.