Yuri Molchan
Now that Bitcoin has surged over $10,000 again, Binance’s CZ rebukes those who sold lower with Anthony ‘Pomp’ explaining why BTC would go even higher in the future 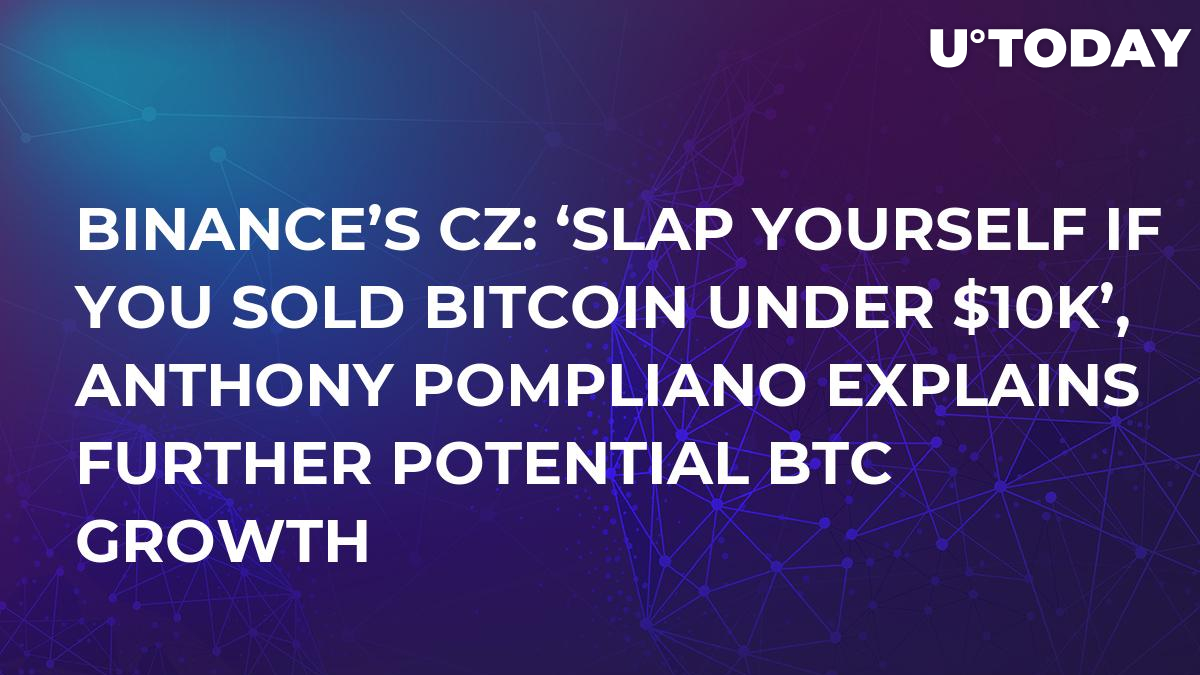 On August 2, Bitcoin is pleasing the market, once again rising over the $10,000 mark. The head of the top crypto exchange Binance, CZ, says that those who sold their BTC at a lower price should take a lesson from that for the future and never make this mistake again.

However, similarly to Chinese philosophers of the past, he put it into a one short phrase: ‘Slap yourself if you sold Bitcoin under $10,000’.

In the comment thread, some community members began ‘slapping themselves’ for selling BNB under $10.

Educating @jchatterleyCNN’s audience of millions of people around the world on stock-to-flow ratios and why Bitcoin is poised to go much higher ? pic.twitter.com/Xbip4O7pSm

I sold BNB under 10$ After that I regret my mistakes.

Speaking with Julia Chatterley from CNN, the crypto expert and a co-founder of Morgan Creek Digital Anthony ‘Pomp’ has explained to the audience, why the Bitcoin price is bound to rise even higher than merely $10,000.

Educating @jchatterleyCNN’s audience of millions of people around the world on stock-to-flow ratios and why Bitcoin is poised to go much higher ? pic.twitter.com/Xbip4O7pSm

The crypto expert mentioned that the BTC price surge in the near future will on the one hand be caused by the numerous quantitative easing programs which are about to launch already, when more cash is going to be printed, in an attempt to improve the economic situation in the world’s developed countries.

The second factor he mentioned was the upcoming Bitcoin halving in 2020.

For the audience, Pomp explained that every four years the reward that Bitcoin miners receive for running the software vital for the chain’s work will get cut in half. This way, the amount of BTC let out into the market will reduce and the asset will become scarcer than before, which is bound to push its price higher.

Speaking of BTC halving, the halving of Litecoin is about to take place in three days too.