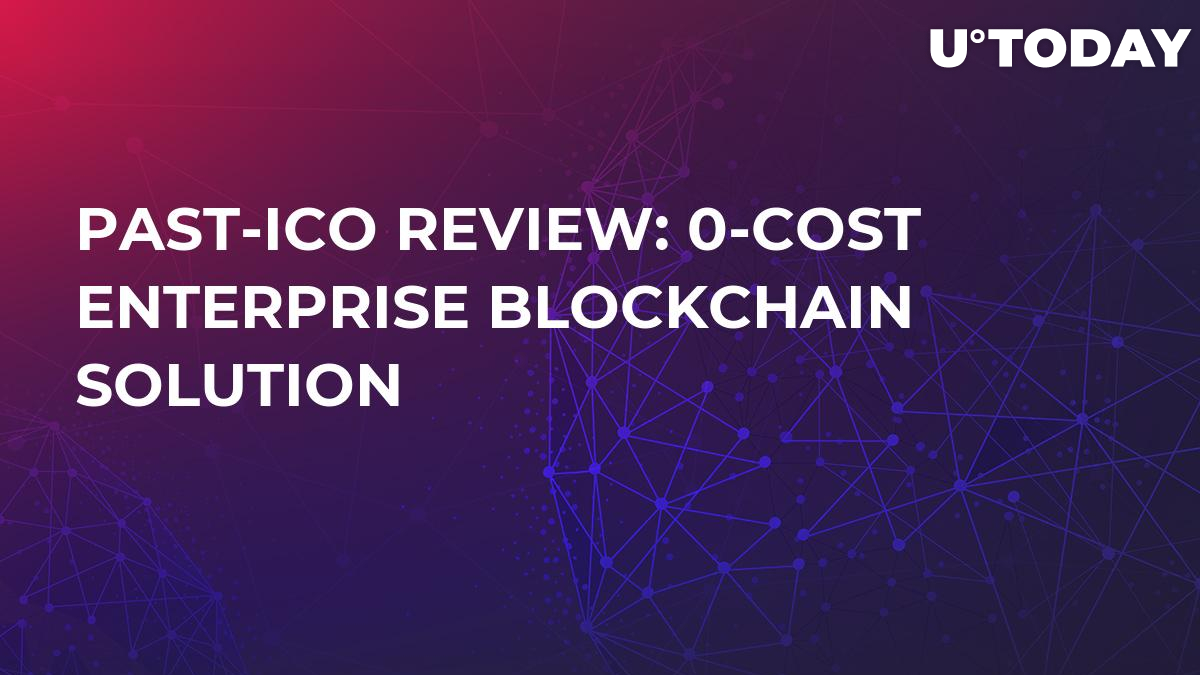 0Chain wants to build a Blockchain solution that enables decentralized cloud storage, fast settlement/finality, and the notion of self-forking, all wrapped in a DPOS consensus model.

The main interest here is in IoT and decentralized apps that can benefit from running in the cloud, using their costless distributed file storage methodology in a wholly integrated platform. Right now, current solutions require using a number of different solutions and building the complex middleware to make sure all of these discrete systems can talk to each other. 0Chain is attempting to cut the middleware out and simplify the process.

0Chain had a 10-day ICO from Feb. 7 to Feb. 17, 2018, and raised some $39 mln during that time. One ZCN was valued at $1.40 during the ICO sale. Following the token value trajectory, we can some strange things. First of all, the token was not released for public trading until July 2, almost five months after the token sale had ended. During this time, the token lost 65 percent of its value while it was hanging out of public reach when it publicly debuted at $0.49. Progressing further down the relatively short public trading timeline, ZCN has fallen down to $0.12 in a very short three-month trading period.

With a PhD in electrical engineering and an entrepreneurial spirit, Basu has worked at and managed many companies in the tech sector before founding 0Chain. He appears to have the right mix of business, tech, and engineering to launch a startup.

Currently, a professor at San Jose State, Austin’s areas of expertise are programming language security and malware analysis. Additionally, he has been studying cryptocurrencies and ways to make them more efficient. Hence, his willingness to co-found 0Chain

With more than 15 years of working business enterprise software, Dirisala has the technical knowledge and experience to head up a team of developers to create an enterprise Blockchain solution.

Decentralized storage via Blockchain, as an innovation, requires significant feature development to be considered enterprise ready. According to the company’s website,

0chain’s engineers have developed customizable algorithms for data to be stored and retrieved with the high availability enterprises are accustomed to. Leveraging our “Erasure Coding” protocol, there is a 40 percent reduction in space required to replicate data compared to current cloud-based storage solutions. The decentralized nature of the Blockchain delivers CDN-like performance based on the multiple parallel paths for data to traverse and minimizing the impact of network bottlenecks. All data stored via dStorage is consistently verified via the Blockchain.

At the start of August, 0Chain launched their testnet with strong results, according to a press release put out by the company: “Our first release has a throughput of about 150 transactions per second or about 10x that of Ethereum. The purpose of the initial release is to highlight the sub-second finality of our Blockchain, which is a requirement for enterprise applications and for our distributed storage protocol.” The company has worked very hard to stick to the ambitious roadmap that they laid out before them. Despite the tanked token price, it appears that the company is on the right track with something that could be a viable, tangible product.