Creative Content Always Gets Promises that are Broken: Past-ICO Review

Eric Eissler
Elastos Internet promises to be able to allow for registration and management of creative content, however, the news trail went cold two months ago despite a stronger the 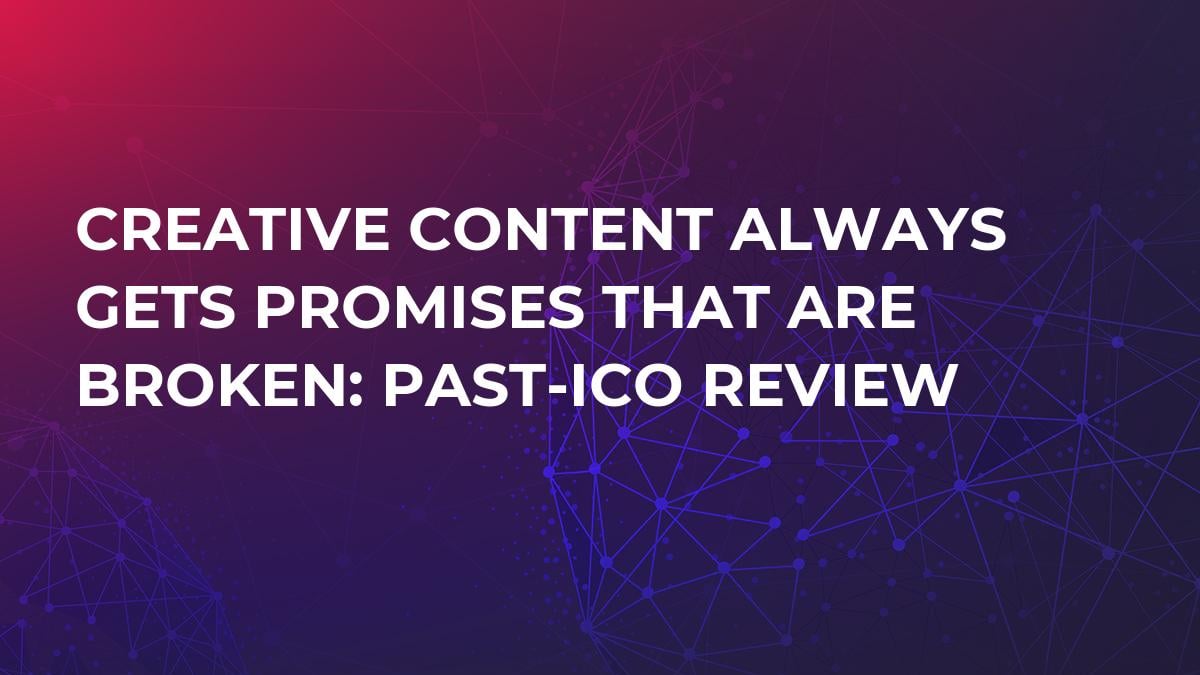 Elastos is planned to be a platform for DApps, which will run on a peer-to-peer network with no centralized control. The platform is embracing the decentralized theme that is commonly associated with the crypto industry. Elastos users will be able to access these DApps via their mobile phones.

The main role of Elastos is to issue IDs for digital content by using Blockchain technology, making it possible to know who owns which digital assets. For example, on the Elastos Internet, filmmakers will know how many times their movies were viewed and this can be helpful to them.

The Elastos token sale ran from Jan. 2 to Jan. 23, 2018 and raised $95 mln. The token entered the market on Feb. 1 at $44 and surged upwards to an all-time high of $83.19 on Feb. 23, before beginning a downwards decent. It hit a low of $25 on April 9, before rebounding to $63 on May 5. However, like most of the crypto market right now, which is very bearish, the price sits at $9.40. The token price appears to be on an upward trend now. The market cap is still strong at $73 mln. There are almost eight mln coins currently in circulation with a total number of 32 mln.

Dr. Han has a PhD in Physics and has spent a majority of his career in academia. He has many associations with Blockchain related foundations such as the MIT Blockchain Research Institute, and Blockchain Advisor at Huawei Central Institute.

Leader of the development team and the key to pushing the project forward. Su has a strong background in IT and development.

On the surface, it appears that the company has a lot going for it, including relatively strong token performance, given the current harsh market for all cryptos. However, a troubling feature is that there is no launch date. The roadmap details all the milestones back to May 2000! However, it ends on Dec. 18 with the note: “The mining of Elastos Chain and Elastos ID Chain by external nodes will be open and accessible.” This statement is a bit vague  because it is unsure if it means that the mainnet will be live and usable or if just that segment will be operational. Unfortunately, Elastos was unavailable for comment on questions such as this and for others. The Medium blog, which has had ongoing news updates almost every week, has not posted anything since the end of June. What’s up? Why the end of the news?