Past ICO Review: Ask the Oracle From Middleware 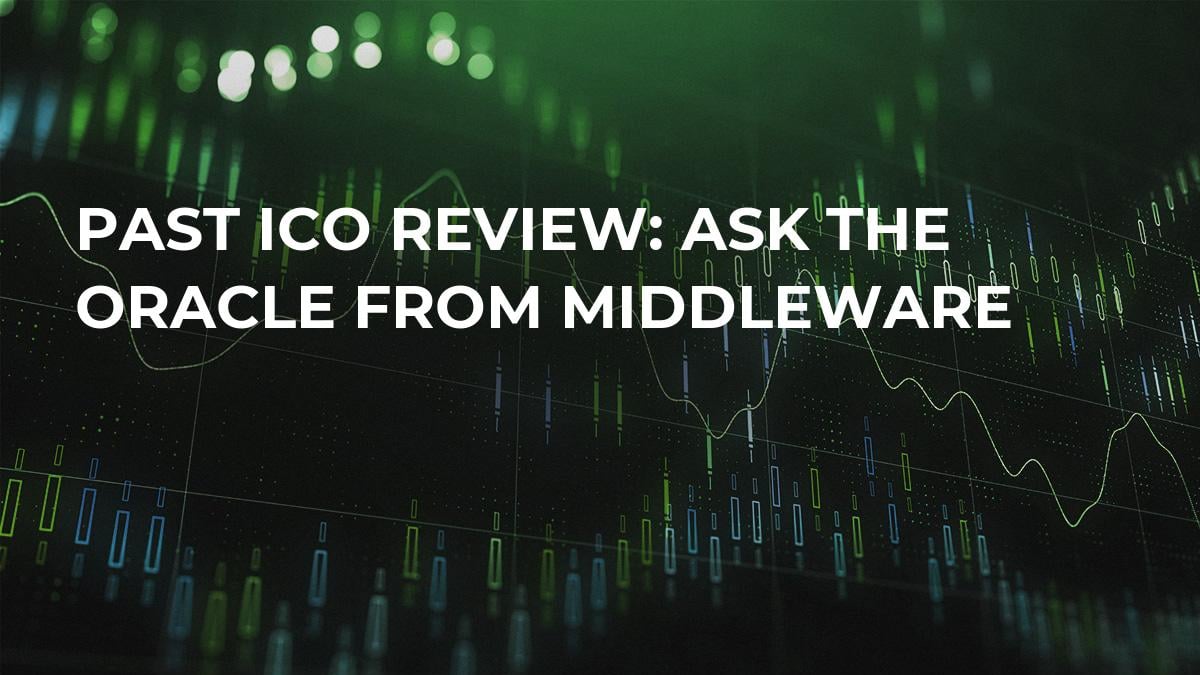 ChainLink is what is known as middleware or software that acts as a bridge between an operating system and a database, for instance. ChainLink allows smart contracts on various networks to connect to the resources they need to be successful.

In this era of getting rid of the middleman, ChainLink, while it has good application intentions, is going against the grain. Let’s dig into the financials before talking tech.

Further compounding the price stunting has been all the FUD that has raked up and thrown into the media. There was a point where ChainLink was being called a scam. It seems that buying and selling the rumor is more the norm in the crypto-trading sphere, than buying or selling on the actual news. The FUD really put a wet blanket on the price.

A third factor is its partnership with SWIFT, while it might seem like a great partner, the idea behind cryptocurrency is to do away with antiquated, expensive payment systems. Unless, SWIFT will try to use Blockchain as a way to reinvent itself and become competitive with cryptocurrencies?

The problem with oracles are that they are centralized or owned by a company. There is a potential for bias in the information being transmitted by the oracal to the smart contracts.

When a third party provides the oracle service for executing smart contracts, that trustlessness or decentralization disappears.

ChainLink’s solution to this problem is that it is the oracle: decentralized oracles powered by Ethereum-based ERC20 tokens are what makes ChainLink the middleware. The data being sourced from the decentralized oracles is unbiased a not from a sole source but multiple sources which allows for better consensus and verification.

ChainLink is run by two key players Sergey Nazarov and Steve Ellis. Nazarov began his career building peer-to-peer marketplaces, going on to the investment team at FirstMark Capital. He joined the cryptocurrency revolution in 2011. Ellis was previously a Software Engineer and Team Lead at Pivotal Labs, where he worked on securing sensitive HIPAA compliant data and building scalable payments automation software.

ChainLink offers a lot of fascinating technology but fails to deliver due to overblown FUD which has marred its reputation. While it has raised some $32 mln from the ICO, it could perhaps better market itself for a better market position. On Coinmarketcap, it is ranked at 103.