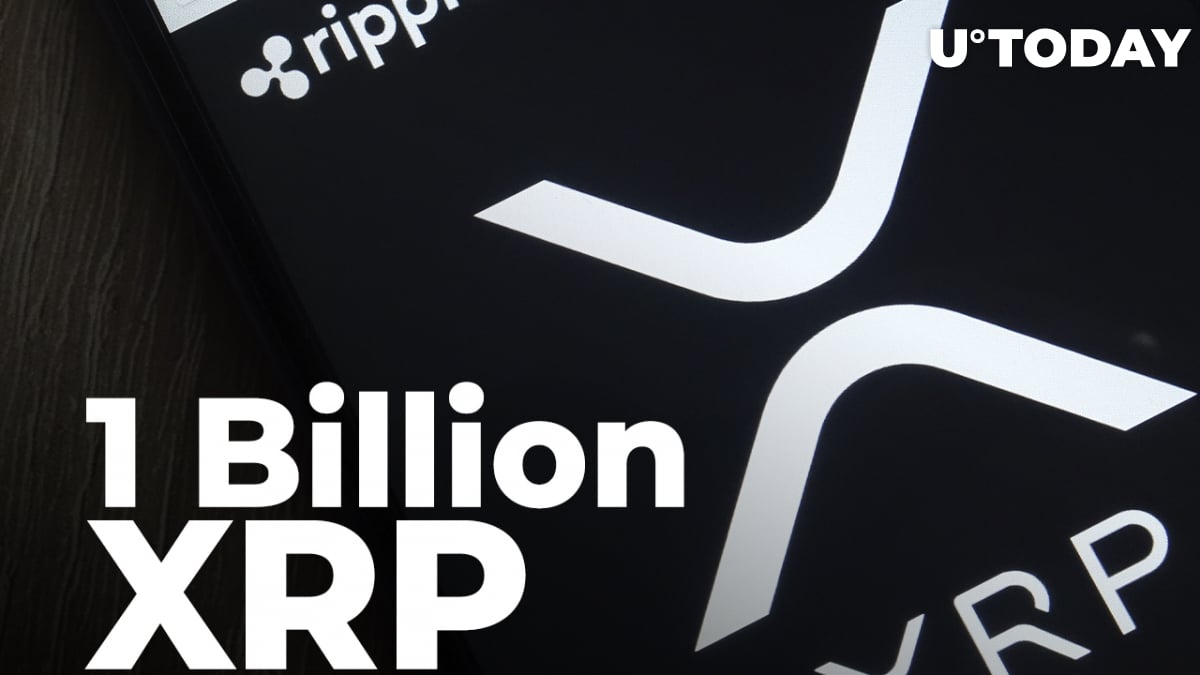 Whale Alert crypto tracker spreads the word that Ripple DLT service provider has again withdrawn a staggering billion XRP from escrow on the first day of a new month in order to add some of it to the circulating supply.

In the meantime, more than 410 million XRP coins have been shoveled by high-end digital exchanges and addresses that Whale Alert marked as "unknown."

Ripple fintech monster has been releasing one billion XRP from escrow since the start of 2017 with the goal of unlocking 55 billion Ripple-affiliated coins. In the past couple of years, the company has been adding 200 million from a released amount to circulation and locking back in escrow 800 million, or sometimes 900 million.

The remaining XRP is sent to numerous Ripple customers—banks, custodial platforms and other financial institutions, as well as to exchanges in order to back the coin's liquidity.

The fiat equivalent of the billion XRP transferred today is more than $810 million.

Aside from that, the aforementioned crypto tracker reported that several big crypto trading venues and anon wallets had moved a whopping 411.9 million XRP tokens between each other.

The wallets tagged as "unknown" by WA turned out to also be exchanges and custodial wallets, according to XRP-focused data aggregator Bithomp.

The majority of the transactions were conducted by the FTX, Bitstamp and Bittrex exchanges. The others were made by Binance, Ripple ODL corridor Bitso and custodial service BitGo—acquired by Mike Novogratz's Galaxy Digital last year.