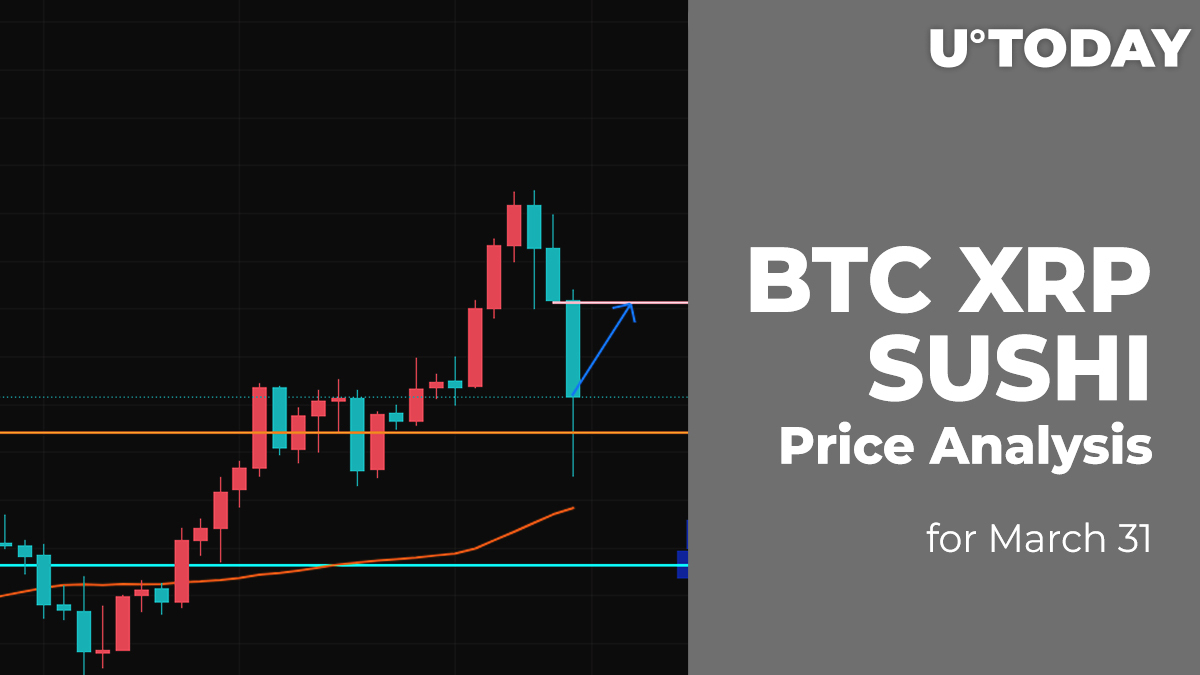 Bulls remain more powerful than bears; however, some coins have already faced a correction phase.

Despite the fall, Bitcoin (BTC) remains bullish until it trades above $46,000. Thus, the selling volume is low, which means that bears are not ready for a sharp drop from the current levels. In this case, the more likely scenario is sideways trading in a narrow range between $46,000 and $47,000. Such a scenario is relevant until the end of the week.

XRP is the biggest loser from the list today as the rate has gone down by 4.65%.

XRP also remains bullish despite the drop, as the price has bounced off $0.80. In this case, trading in a narrow range may happen soon so that bulls can accumulate more energy for a further upward move.

All in all, one can expect slow growth to the blue resistance line at $0.91 soon.

SUSHI is the only coin from the list located in the green zone. Moreover, the rise has accounted for 9.15% over the past 24 hours.

SUSHI might face a correction as the price made a false breakout of the vital $5 mark. If buyers cannot come back to this mark by the end of the day, there is a chance to see a decline to the nearest support level at $4.266 shortly.