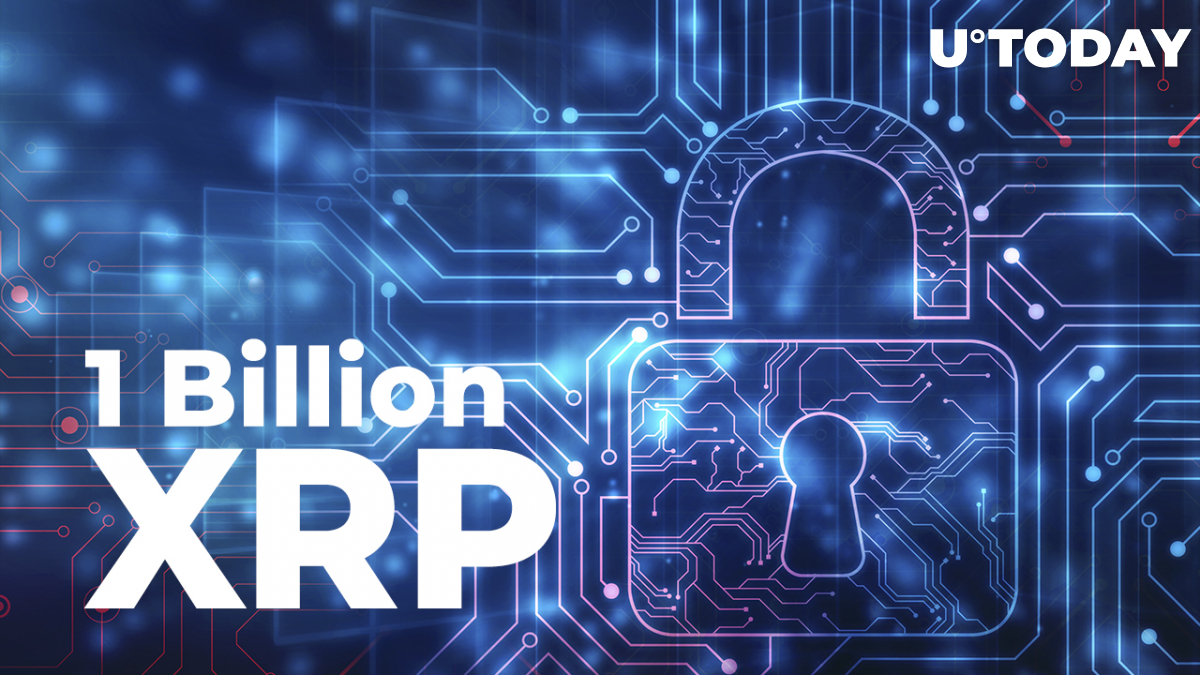 Roughly nine hours ago, Ripple made a withdrawal of another one billion XRP lump from escrow, following its regular programmed schedule of releasing 55 billion XRP since 2017.

Ripple moves another billion XRP, adding part of it into circulation

Whale Alert has shared that Ripple fintech heavyweight has unleashed one billion XRP coins from escrow as the first day of another month has arrived. Most of this crypto will be locked back in, however.

Around 200 million XRP will actually be added to the circulating amount of this Ripple-affiliated cryptocurrency.

When these large XRP releases kicked off, some in the XRP Army were afraid they would hold the token's price down. A petition was started on Change.org to urge Ripple to stop those regular movements of crypto. However, as time went by, it turned out that the price was not impacted by these actions of Ripple Labs.

Whale Alert also spread the word that a total of 222,000,000 XRP were transferred by several wallets tagged by the crypto tracker as "unknown" and by several crypto exchanges.

However, analytics shared by Bithomp XRP-centered data aggregator shows that these unknown wallets also belong to that crypto exchange. Thus, the largest transaction here, 152,027,860 XRP, was made by Binance internally. This sum in XRP is the equivalent of $118,621,930.

Smaller transactions were pulled off by Bittrex, Bitso and Bithumb. They moved a total of 70 million coins, consisting of 20 million, 20 million, 13 million and 17 million XRP.

XRP recovering along with the market

In the meantime, the cryptocurrency market has made a U-turn and entered the green zone: most of the largest 100 cryptos are rising, following the spike of the Bitcoin price, which started yesterday and continued today.

On Monday, the flagship cryptocurrency surpassed the $40,000 level, and today it moved higher to touch $44,000 briefly and then make a small pullback.

Ripple-affiliated crypto XRP is changing hands at $0.7707, as per CoinMarketCap, surging 6.43% over the past 24 hours and rising almost 12% in the past seven days.

What Are Cryptocurrency Market Trends for 2023?
Show all
Ads
Ads