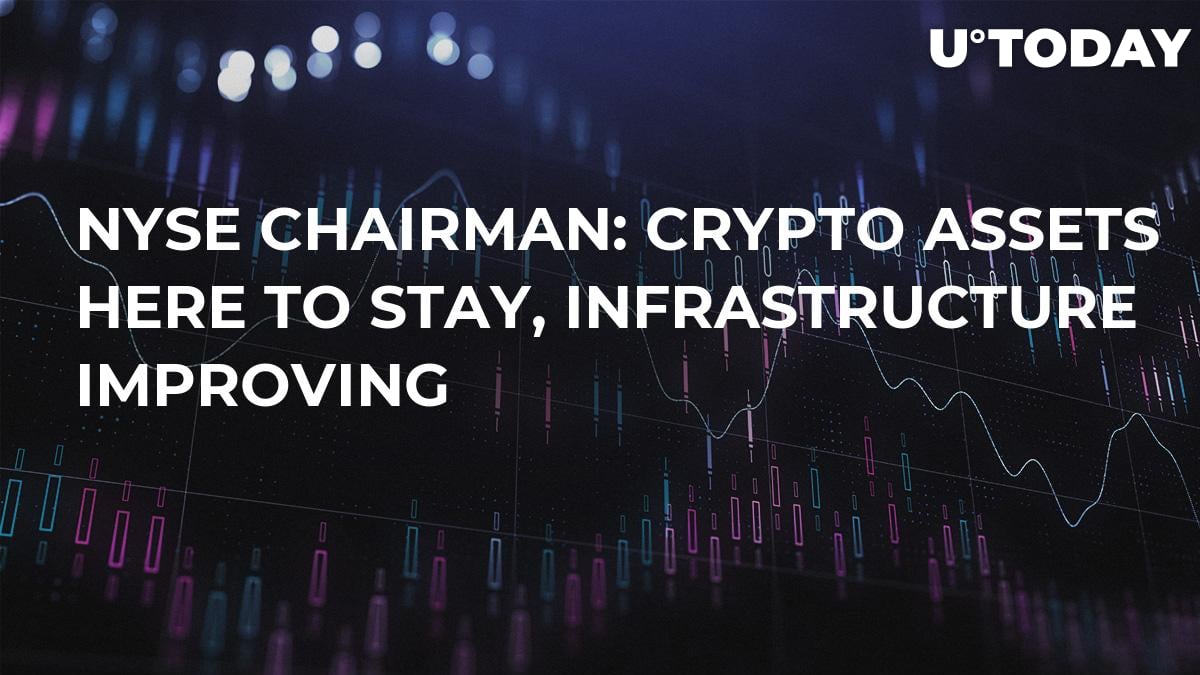 According to Jeff Sprecher, the chairman of the New York Stock Exchange, the biggest stock market in the world, crypto assets like Bitcoin are here to stay.

“The unequivocal answer is yes [crypto assets will survive]. As an exchange operator it’s not our objective to opine on prices,” Sprecher said, reaffirming that the institution will continue to strengthen the infrastructure of the cryptocurrency market.

Throughout the past nine years, despite the emergence of so-called “next generation” blockchain networks with bigger transaction capacity, privacy solutions, and scalability, Bitcoin has continued to survive many bear cycles.

Over the past eleven months, as seen in the initiatives of Bakkt, NYSE, Goldman Sachs, Morgan Stanley, and Fidelity, the infrastructure around Bitcoin has been improving at a rapid rate, with the entrance of more custodians, futures markets, and over-the-counter (OTC) markets.

“Somehow bitcoin has lived in a swamp and survived. There are thousands of other tokens that you could argue are better but yet bitcoin continues to survive, thrive and attract attention.”

The simplicity of Bitcoin and its focus on security could have played a major factor in the long-term success of the cryptocurrency.

Currently, cryptocurrencies are struggling to gain merchant adoption and various large-scale organizations like NYSE and its parent company ICE are leading several ventures  to help increase accessibility to Bitcoin for merchants.

In a period in which individuals and businesses are just beginning to use cryptocurrencies as a means of payment, it could be argued that it is simply too early to convince the mainstream to utilize decentralized applications (dApps) and smart contracts. The shift from centralized systems to decentralized systems can be drastic for the majority of people.

As Bitcoin, the most dominant cryptocurrency, gains more traction and users through its strengthening infrastructure, eventually, smart contracts and more advanced features of the blockchain could see light.

Kelly Loeffler, chief executive officer of Bakkt, said that the firm is starting with Bitcoin first, creating an infrastructure that is not available to the market in the form of a futures market that offers physical Bitcoin delivery.

Bakkt, a company operated by ICE and NYSE, recently delayed the launch of its futures market due to increasing demand for the product from investors in the U.S. market.

“To give it the best chance for success we pushed it back to the holidays to give people more time to get on board. It’s a positive indication of the interest and it gives people time to learn. We have a responsibility to do that so we’re taking that extra time. We’re creating that infrastructure that doesn’t exist today, which we think is a big opportunity for institutional investors to come in,” stated Loeffler.

Crypto is Here to Stay

Including the 2018 bear market, in the past nine years, the cryptocurrency sector suffered five major corrections. Following every correction, the market experienced an accumulation phase, a period in which developers, users, and investors build better products and infrastructure to handle the next wave of demand.

NYSE executives believe that in the years to come, the cryptocurrency market could continue to see exponential growth as more companies enter the market to strengthen the existing infrastructure.