No, Terrorists Do Not Use Cryptocurrencies, at Least For Now

Alex Dovbnya
Some terrorist groups tried to raise money with cryptocurrencies, but failed. Others just stick to cash 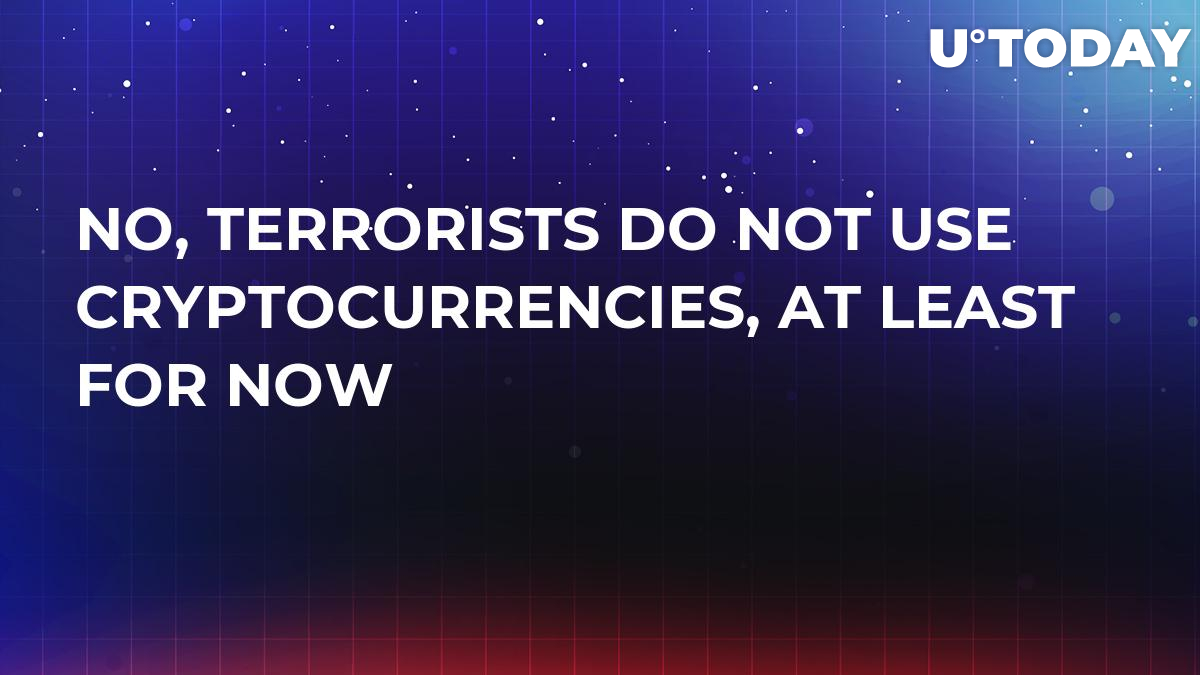 While Rep. Brad Sherman claims that Bitcoin facilitates terrorism, a recent Forbes report states that the biggest cryptocurrency in the world is not even remotely popular with active Islamic extremists groups who still prefer cash. However, the so-called “privacy coins” may pose a threat.

Related
Drug Dealers Drop Bitcoin, Switch to US Dollar Instead: US Government Source

ISIS, al-Qaeda and other major terrorist organizations around the globe have been making numerous attempts to raise funds with the help of cryptocurrencies. However, these efforts weren’t successful at all. During a recent congressional hearing, it was revealed that one of the groups (Mujahideen Shura Council) failed to collect more than $500 in crypto during its extensive online campaign in 2016. However, jihadist insurgents keep trying to raise crypto by integrating Bitcoin into their media platforms.

With that being said, it is important to understand that cryptocurrencies aren’t really popular with terrorist  since the areas where they operate are not technologically advanced enough for dealing with cryptocurrencies. On top of that, it provides these extremists less anonymity than cash (Bitcoin is only a pseudo-anonymous coin after all).

No need to relax

However, the US government still should be on alert to prevent other crypto fundraising campaigns. In order to do that, FDD’s Yaya J. Fanusie suggests monitoring and performing an in-depth analysis of all cryptocurrency transactions. As U.Today reported earlier, the Japanese authorities are already planning to keep track of all cryptocurrency transactions with the help of special software.

Fanusie explains that popular cryptocurrency exchanges are already compliant with KYC and ALM regulations, so they shouldn’t be considered a threat for funding terrorism. At the same time, there is an armada of new exchanges that do not follow these regulations and allow its users to buy “privacy coins” (Monero, ZCash and so on) that grant complete anonymity. The modus operandi of such cryptocurrencies consists in mixing up coins, thus eliminating the possibility of finding out who initially conducted the transaction.

While privacy coins still remain an issue, criminal activities related to Bitcoin have drastically declined over the last five year by more than 80 percent, according to a previous U.Today report.